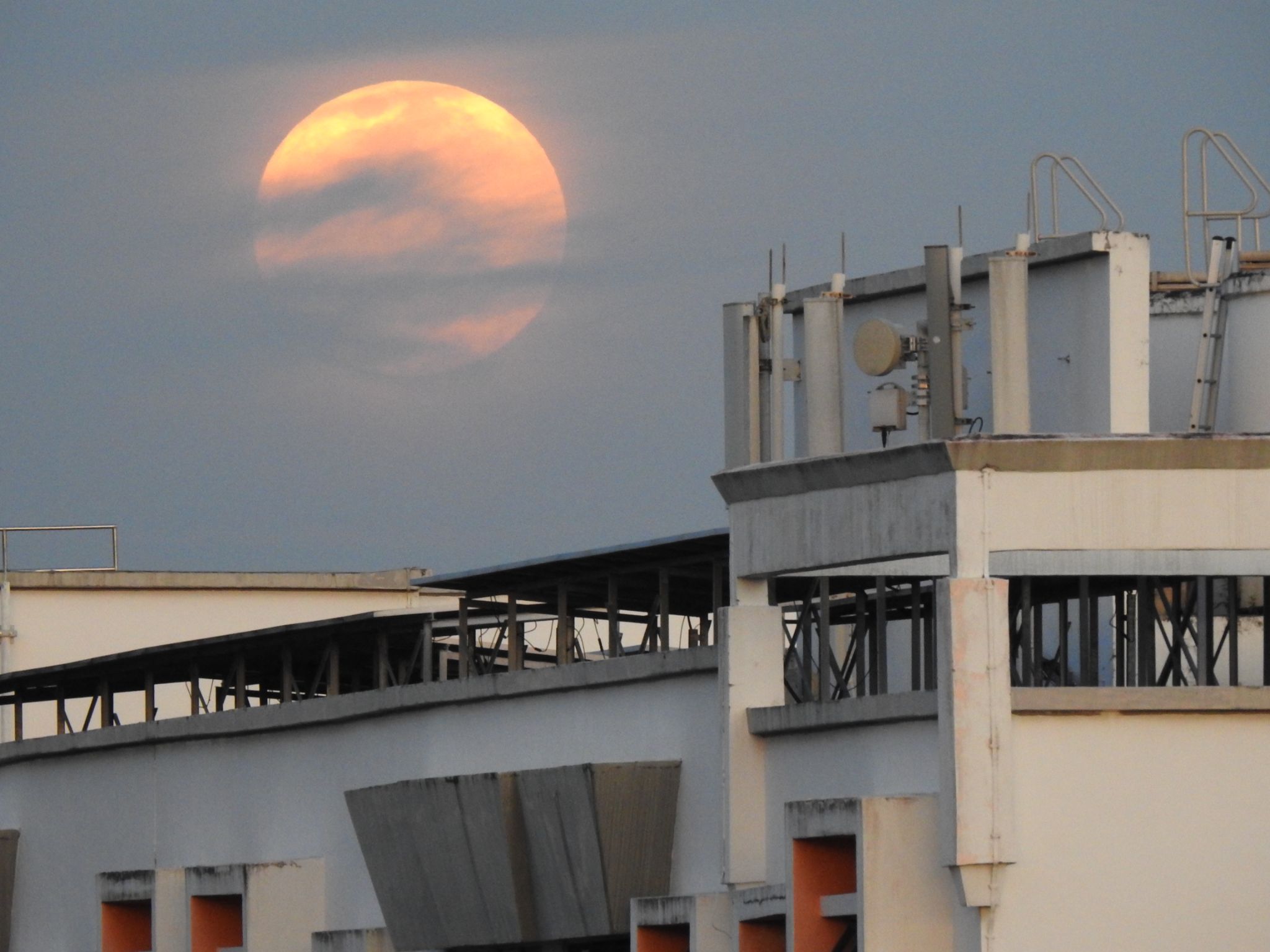 The June 2022 Strawberry Super Moon rising in the east of Singapore. Though the sky was overcast, the moon was clearly visible during the rise. The visibility improved further when the moon was higher up in the sky. I selected this picture particularly to see the moon in its biggest form during its rise and also it is the first Super Moon of the year. The moon was visible throughout the entire night thereafter. It was certainly a beautiful moment to observe the moon in its glory where it was 100% full !