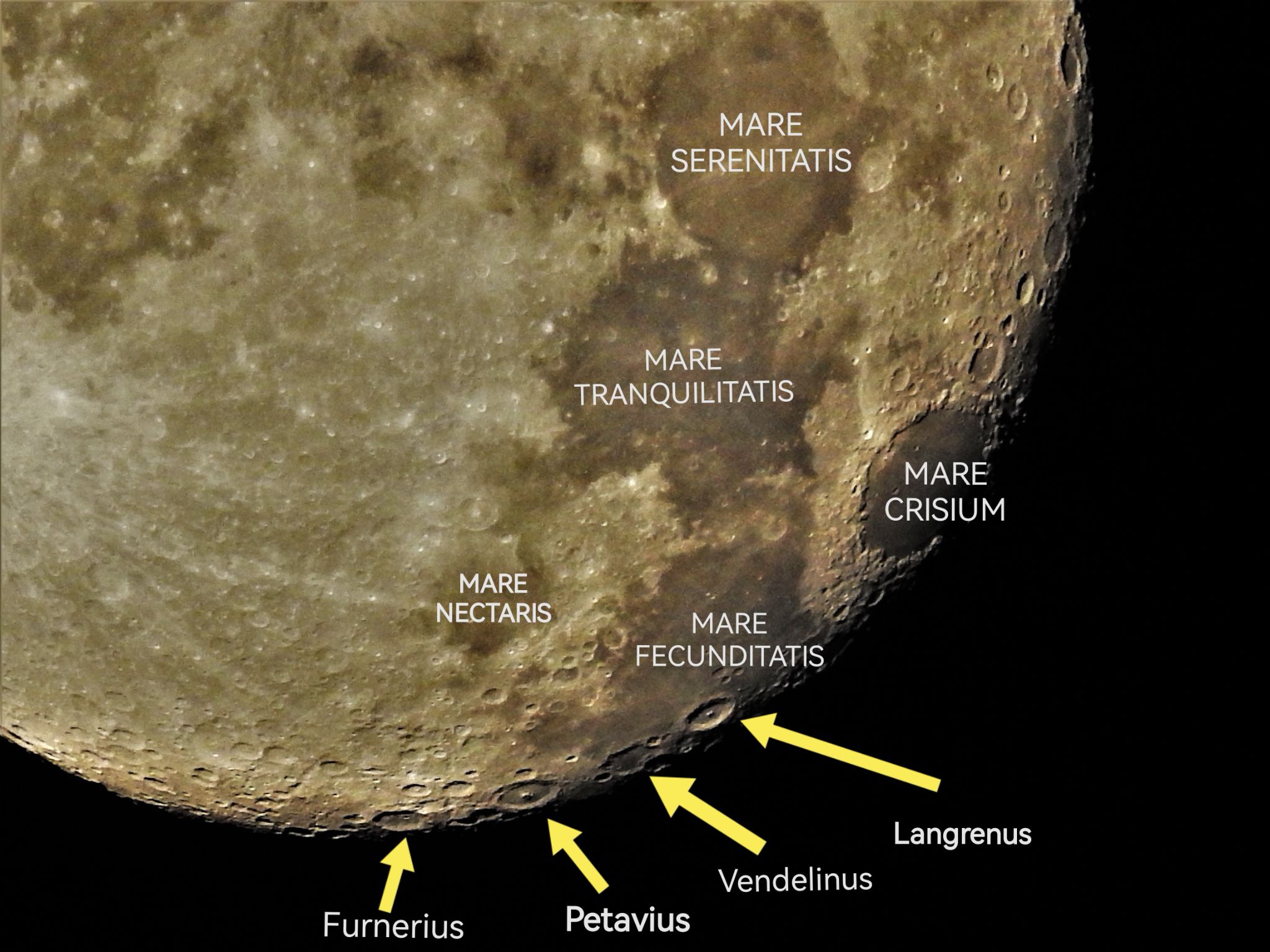 This is the close up picture of the waning gibbous moon at 95.7% ful taken this morning here from my flat in Singapore. The moon was about 360,349 Km away. Despite its distance from Earth, due to clear dark skies in the morning, the moon was clearly visible. And during this phase of the moon, the 'Great Eastern Chain' could be seen in detail if a suitable telescope or camera is used. What is so special about this feature is , an obvious chain of large craters is visible that closely hugs the same meridian near the eastern limb (i.e., the rim of the visible disk) of the Moon. They start on the southeastern shore of the Sea of Fertility (Mare Fecunditatis) and continue southwards. The chain consists of Langrenus, Vendelinus, Petavius, and Furnerius. This unusual alignment is believed to be coincidental and was even posited as evidence to support the endogenic theory of crater formation.

I had searched for more information on these craters from various sources on the internet as follow :

The first two craters, Langrenus and Vendelinus, are two large 90-mi. craters located on the southeast shore of Fertility. One is considerably older than the other and appeared before the lava flows started. Petavius is an example of a floor-fractured crater (FFC), a type of crater that has been modified by later volcanism, uplift, and consequent fracturing. The floor of Petavius is nearly 1,000 feet higher near its center than around the edge! Furnerius is the last of the craters that make up the Great Eastern Chain and it is very old, having formed before the impact that created the Nectaris basin 3.9 billion years ago. Although the walls have been battered down and show their age, there are still many complexities remaining which will reward careful observation. There are several craterlets of varying sizes on the floor of Furnerius, including a 30-mile rille extending from the north rim toward the southeast.

It is amazing that I could see these craters this close with my camera.And a hint, look out for them when the full moon had past 2 days and when the moon is at least 95 % full in its waning gibbous phase.