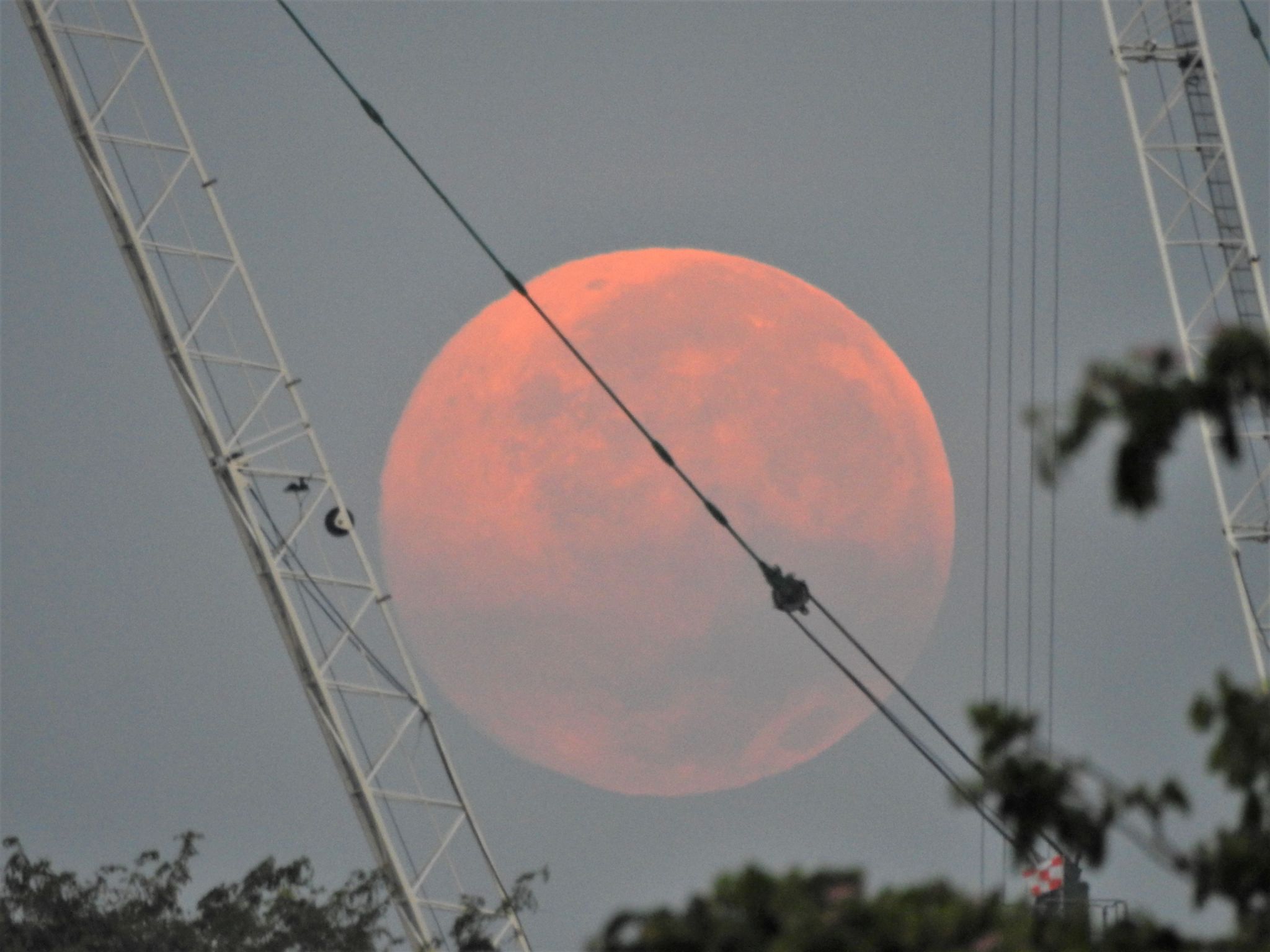 The first full moon of 2022 setting in the north west on the morning of Jan 17, 2022. This picture was taken from a distance where the moon was still visible 10 mins before its setting. In the foreground are construction tower cranes. The January full moon is also popularly known as the full Wolf Moon.

Full moons occur when the moon is exactly on the opposite side of the Earth from the sun. As in this case the sun was at the opposite side in the east and thus the moon looks illuminated because we see the sun's light reflected from it. The moon still appear full on the night of 18 Jan andthe bright star Pollux was near the full moon, which is the brightest star in the constellation Gemini.