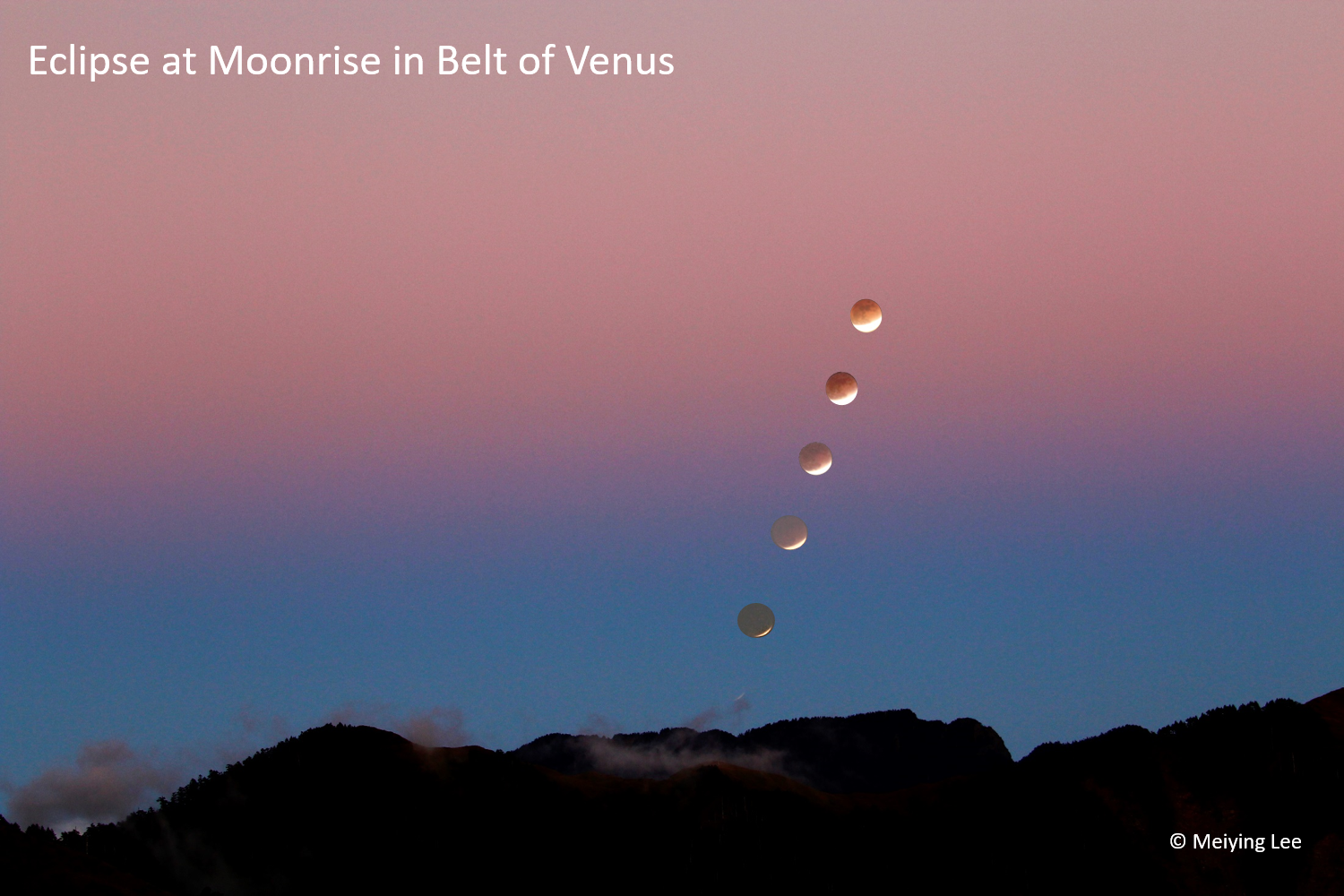 Use PowerPoint to combine these moons in the recovery process.

I have a dream of seeing the full moon rising or setting in the Belt of Venus, but it has never been seen. On November 19, 2021, a moonrise eclipse occurred in Taiwan. The moonrise time is 5:03 pm, the magnitude of eclipse is as high as 98%, and the sunset time is 5:07 pm. I am on a mountain at an altitude of 3000 meters. The weather is very good,and the air is clean. Everything seemed to satisfy the needs of my dream. It seemed that I could not only see the full moon rising in the Belt of Venus, but also the full moon with almost total eclipse, so I began to imagine:
"In the clear gray-blue shadow of the earth below the pink Belt of Venus, a dark red blood moon with only a little light area rises in the mountains..."
But in fact, when I first saw the rising moon, all my imagination disappeared instantly. There was no dark red blood moon, only a little bright area smaller than the crescent moon appeared in the gray-blue earth shadow! The central angle of the moon is only about 60 degrees, which is really small. It turns out that the sky is still bright at this time, and the dark red area close to the total eclipse is of course invisible!
The photo is a stack of several partial eclipse moons during the recovery process on the background picture with the Belt of Venus. The background picture shows the very small moon rising in the Belt of Venus at first sight.