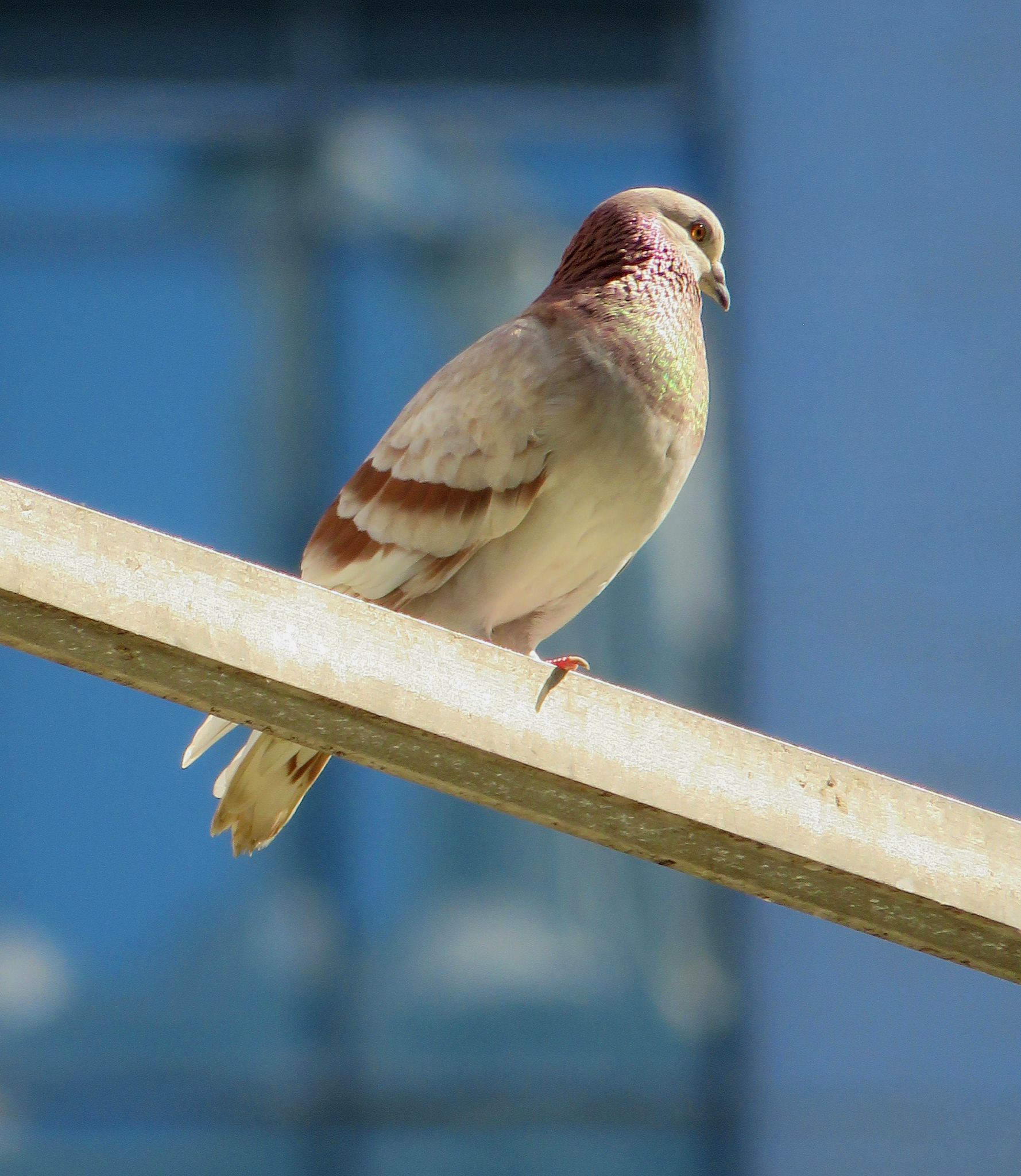 Adjustment for exposure and colour saturation

Birds of a Feather…Can Look Very Different! I came across this rock pigeon (or rock dove, columba livia) in Central business district, perched amidst the skyscrapers way up above street level. The bright afternoon sun lit up its eyes and iridescent neck feathers, and drew attention to its beautiful wings. Barred pigeon wing patterns (striped wings) are a familiar sight in many cities, but I hadn’t seen this unusual coloration before. Most city rock pigeons are the ancestral colour blue-black, but centuries of pigeon breeding by humans to produce prettier birds have produced ash-red and brown mutations (as well as a wide variety of plumage patterns). I believe this pigeon displays the ash-red mutation, so would be called an ash-red bar pigeon by breeders.