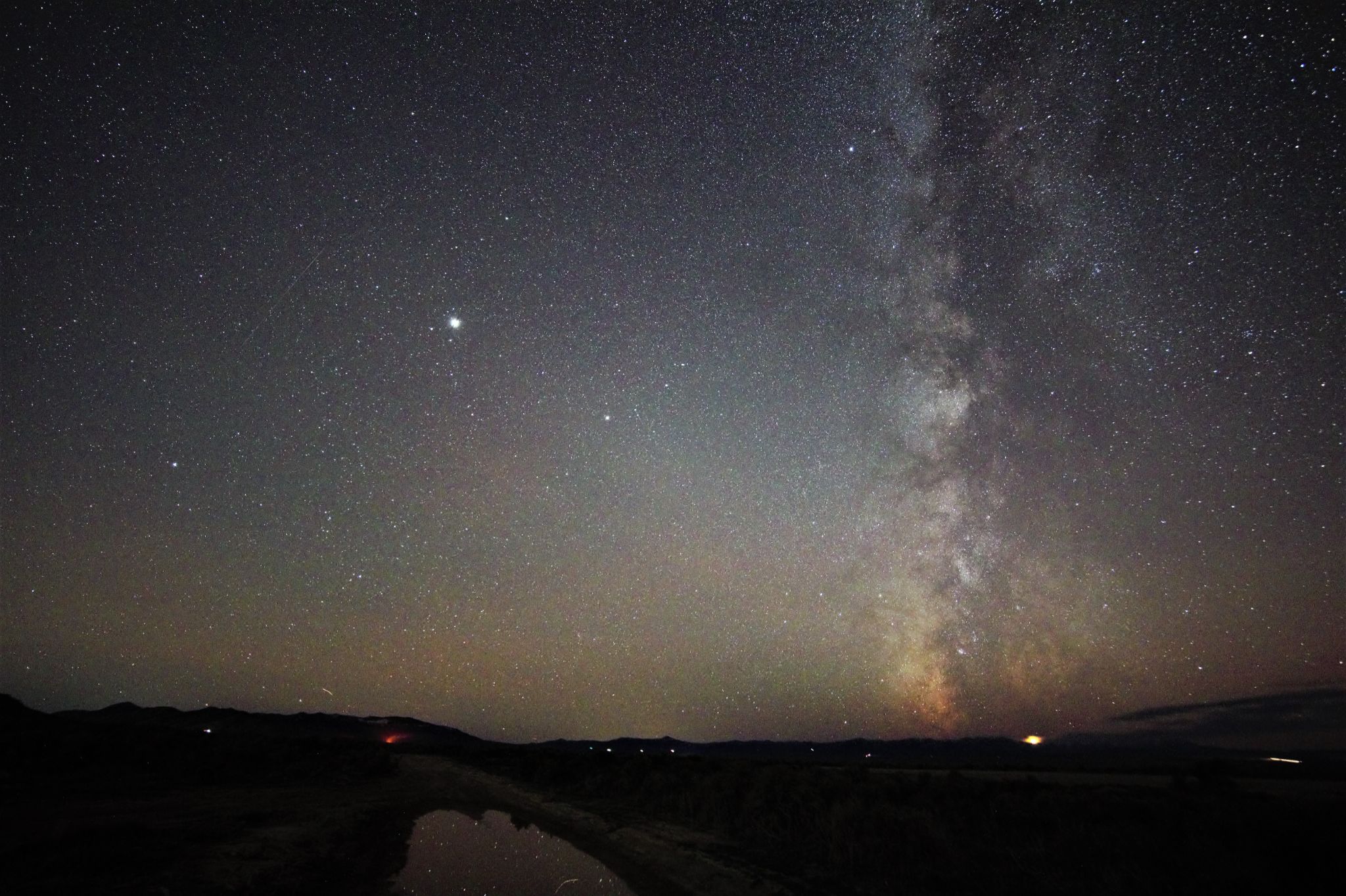 Class 3 Bortle scale location, west of the Salt Lake Valley. To the eye it appears quite dark. The camera, however, isn't fooled one bit. A single 30 second exposure captures enough light pollution to tell the tale.

This image has 6 planets plus a late Northern Hemisphere season shot of the Milky Way. Can you spot all six planets?

4 are obvious...Venus is setting...the brightest light on the right horizon. Jupiter is the next brightest. With Saturn as its near neighbor on the right.

Following the ecliptic plane outward are the next two Neptune to the left of Jupiter and Pluto between Saturn and Venus. That's five!