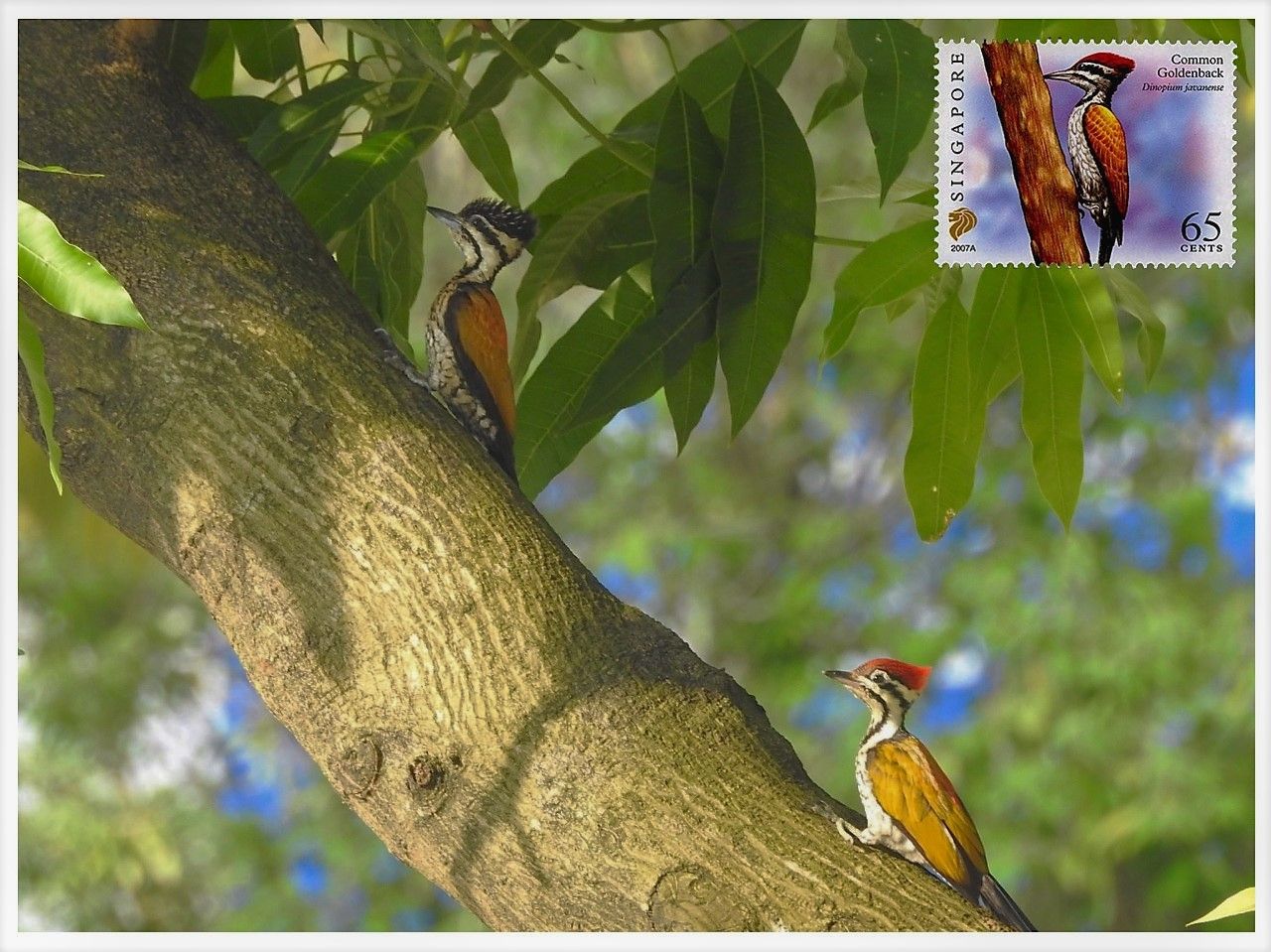 Do not be mistaken this image to be a Postcard from the net. This is an original photo that I had taken this morning just outside the window of my unit. The stamp that you see was just downloaded from the internet and added for illustration purposes.

This ia a male and female pair of the common flameback or common goldenback (Dinopium javanense), a woodpecker bird species in the family Picidae. It is found in Bangladesh, Brunei, Cambodia, China, India, Indonesia, Laos, Malaysia, Myanmar, Singapore, Thailand, and Vietnam. The bird has a flaming golden back and long, solid black moustachial stripes. Both sexes have black eyestripes joined to black rear neck stripe. Male has red crown, female has black crown. Black-scaled white underparts and red rump contrasting with black tail. Rather small bill, and only three toes on each foot.

This bird is quite common here but the sighting was rare to me as it does not appear all the time. I was attracted by the female bird noise and by sheer luck managed to spot them together for a full 10 minutes allowing me to take as many pictures as possible. The male bird species was featured in the Singapore stamp bird series way back in 2007 in a denomination of 65 cents which is added to this picture to compare with the photograph that I had taken. It was a pleasant surprise for me in the morning to see them which are small and so beautiful !