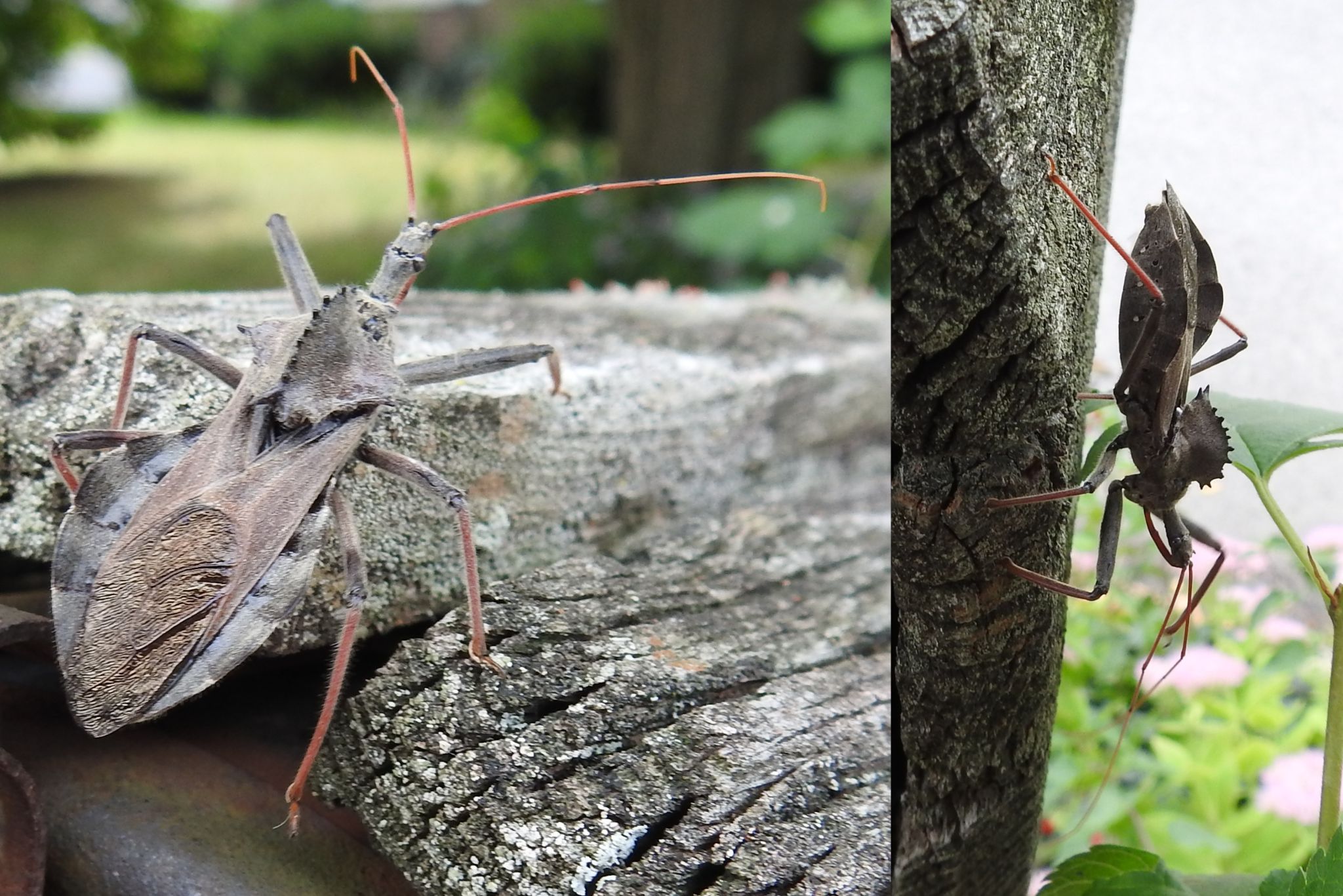 I've never seen this bug before. It is one of the largest true bugs in the United States. The wheel bug (Arilus cristatus) got its name for its unusual shape of the upper part of its chest. It is a predator that destroys many pests including Japanese beetles. In the right photo, a reddish proboscis is clearly visible under the small head of the bug. Having caught its prey with its front legs, the wheel bug unfolds forward its proboscis, plunges it into the victim, injects digestive enzymes, and then sucks dissolved soft tissues of the prey. For humans, the bite is not dangerous, but more painful and lasting longer than the stings of wasps and bees.