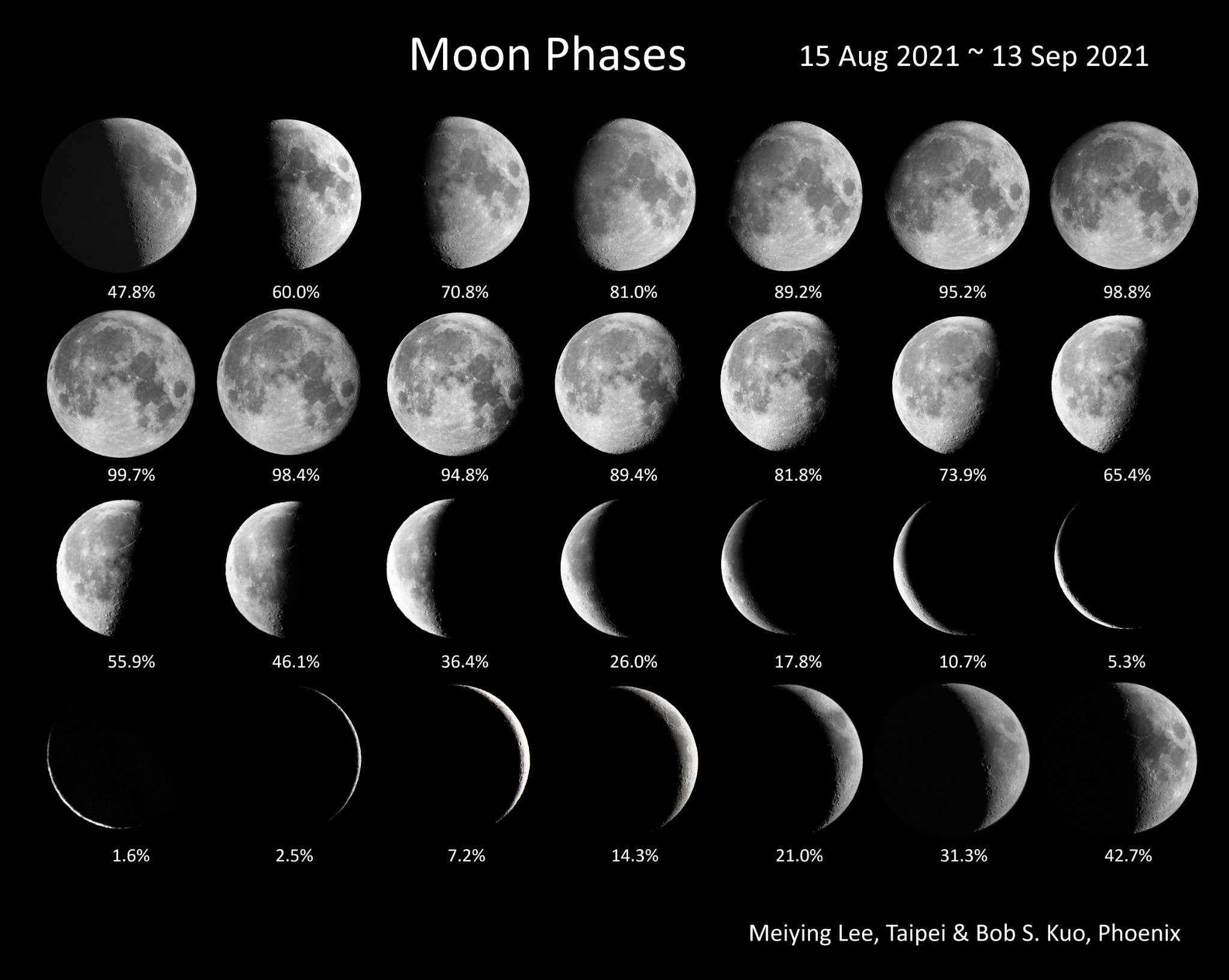 The phase angle production of every moon photo was referenced to the 2021 moon phases data on NASA’s website. Individual photos were adjusted so that the viewing angles are identical to the simulated moon phases on the website,

Moon Phases from 2021 August 15th to September 13th
The photos of the moon were taken from August 15th, age of moon of 7.2, through September 10th, age of moon of 3.6. On September 11th, typhoon #14 Chanthu began to hit Taiwan and interrupted the progress. A friend Bob in Phoenix, Arizona agreed to complete the last three moon phase photographs that ended on September 13th, age of moon of 6.7. Through the cooperation of Taiwan and USA, the month-long moon phases documentation finally completes. In order to reduce the refraction effect by the atmosphere, the photo sessions were conducted when the moon was at higher viewing angles. But due to the weather condition and change of the moon positions, occasionally they were taken at lower angles during moonrise or moonset. As a result, a few photos are not as sharp as desired.