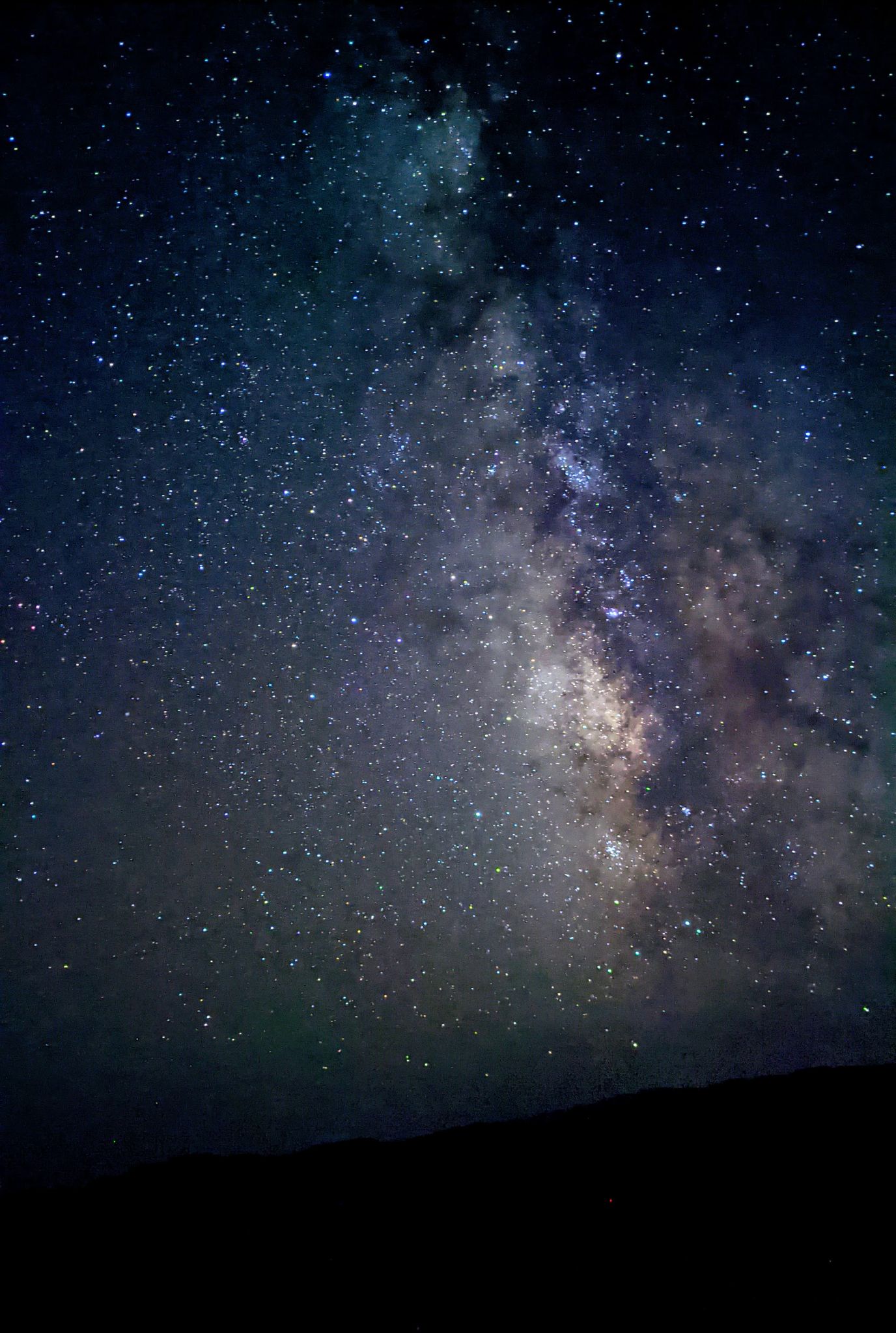 A cell phone pic!?! Whaaaaat?!? Yes, it really is a cell pic . Taken this past Saturday evening while running two Canon DSLR cameras on tripods. So I leaned my newly acquired Google Pixel 4XL on a rock and set the camera to Night Sight and touched the screen. Click! I'm thinking I might get some stars or a recognizable constellation .

But let me back up a few minutes. Just before this image was captured, I looked north and took a quick handheld snap of Ursa Major, the big dipper. It had a tiny bit of shake as expected and this is what I thought Night Sight could produce. Constellations and the moon whereas other cell phones can't do much star wise.

So while watching the screen as it leaned on the rock I see some text 'Astrophotography On' and 'Hold Still'. Then a 4 minute timer countdown with 'Be Still & Wait a little longer for a better picture', 'Gathering more light'...whatever....it's a cell phone.

Four minutes later it finishes processing ....I'm astonished to say the least. Round stars, no big commas or trails, not many hot pixels, not much noise, decent color...okay ,it looks amazing for a cell pic. The next image caught a meteor. Wish I had leaned it back just a little more to capture more sky than ground which I cropped out.

Kudos! to Google and their manufacturer, Samsung, for producing an astrophotography worthy cell phone.

Now I need a star tracking gizmo to to allow my DSLR cameras to keep up with my cell phone.