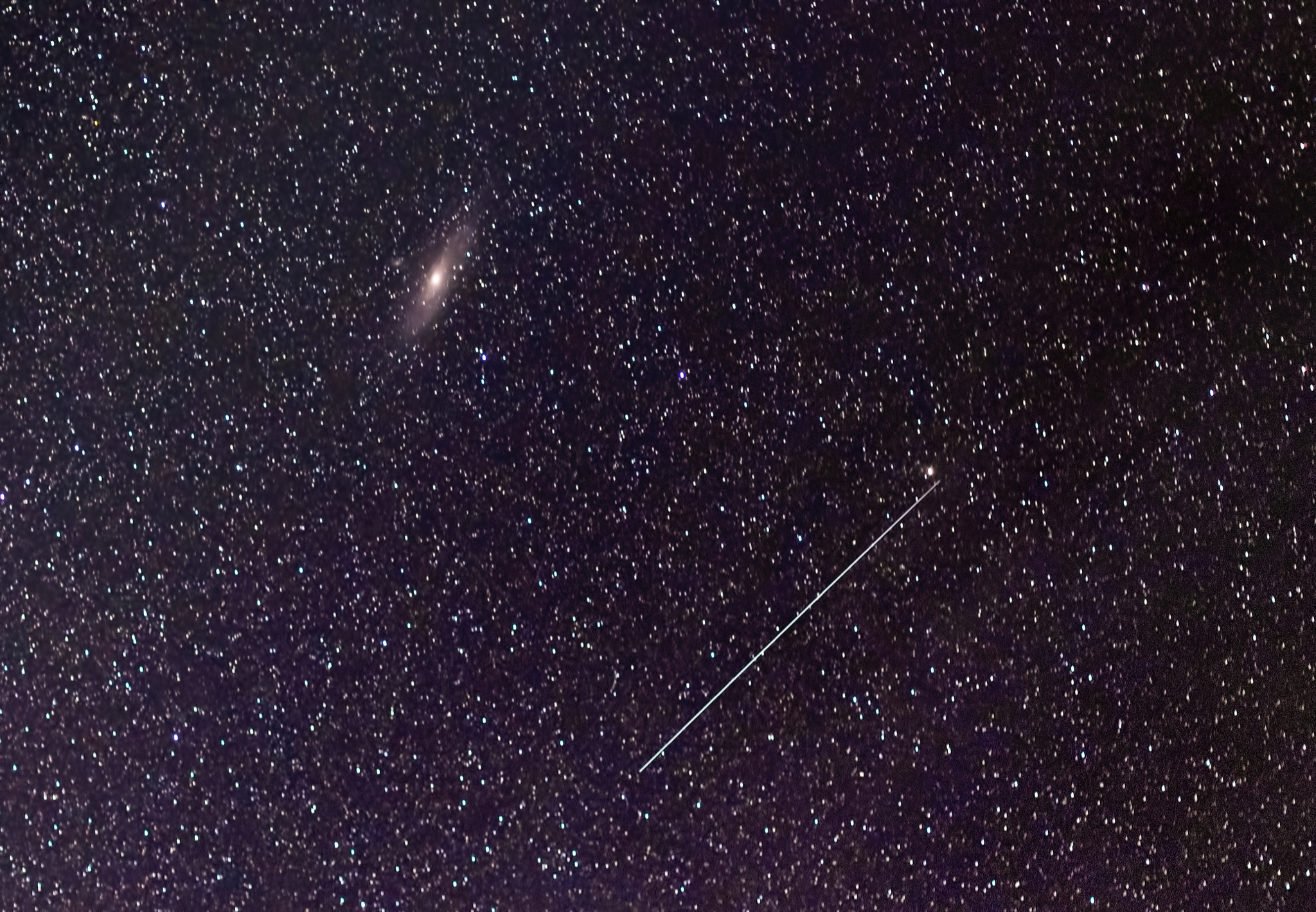 Tonight is my lucky night. It rained for 2 successive days and washed all the haze and smokes from the wildfires around USA and Canada. I saw the sky was so clear, so I asked hubby to go somewhere else in an open field to look for something in the night sky. I told him I will just use my 5DS canon Camera and 50mm Lens. It was tough to track again my subject since almost 4 months I didn't practice hard enough. But with app in my cellular phone and with the guessing game I captured this Andromeda Galaxy and Perseid Meteor shower in one single exposure.

Andromeda Galaxy is the closest Large Spiral galaxy to ours. Time traveling some 2.5 million light years, it is the most distant thing humans can see with the unaided eye. So if you want to do your time travel go out and observe night sky.