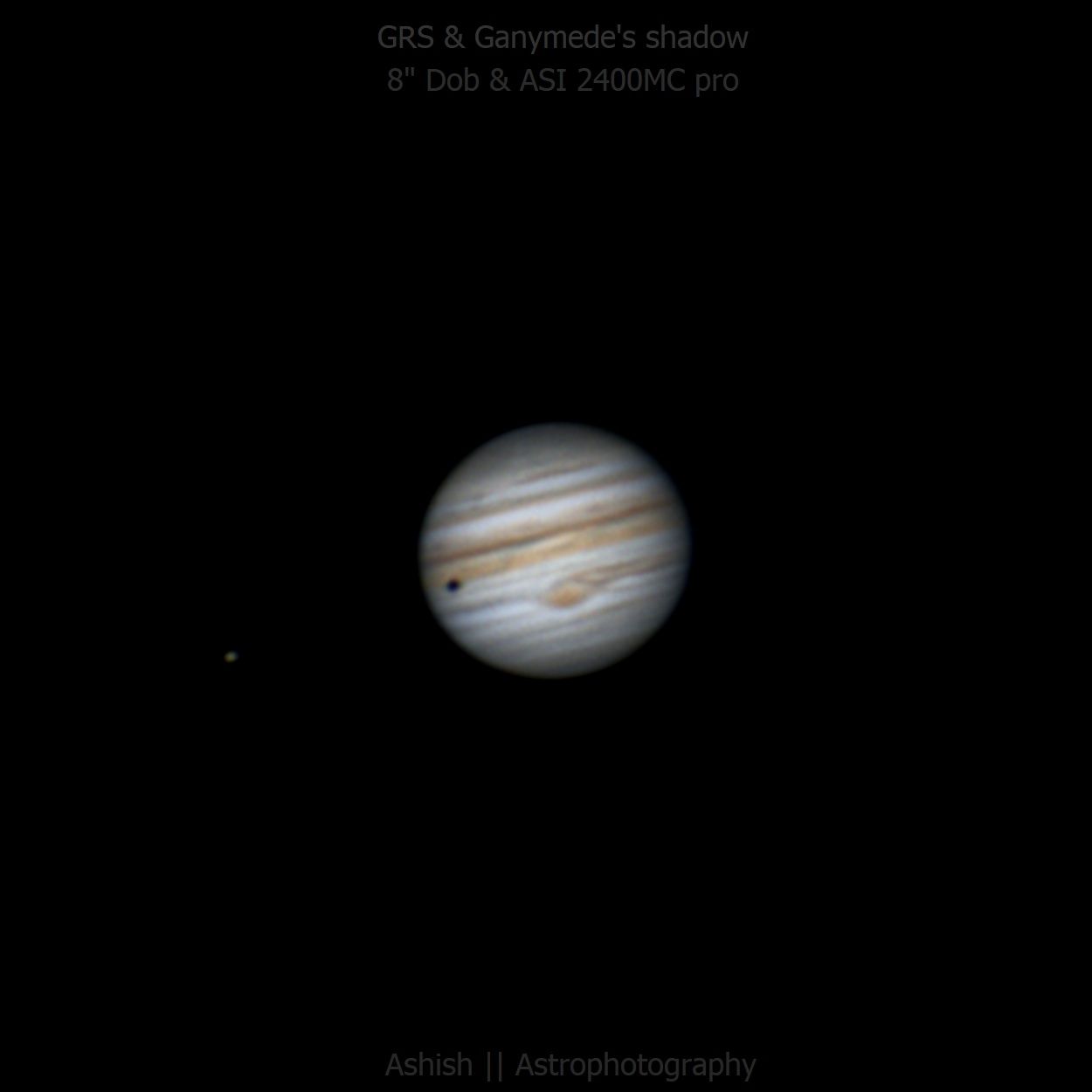 70% Frames stacked out of 3625 in Autostakkert.
Wavelets in registax6
Curves, levels in Astrosurface

The Eye of Jupiter & Ganymede's shadow -
Clouds are undoubtedly one of the worst enemy of Astronomy, Fortunately got 2 mins of clear sky with little bit of intermittent clouds in between. Ganymede, the largest moon of solar system was transiting the Jupiter at the speed of 10km/sec. Ganymede completes one trip around the Jupiter in 7 earth days gives nice chance to spot the shadow transit. Being the largest moon in our solar system, it casts the largest shadow as well almost double the size of its own (9000 km). Spotting GRS along with shadow transit was cherry on cake.