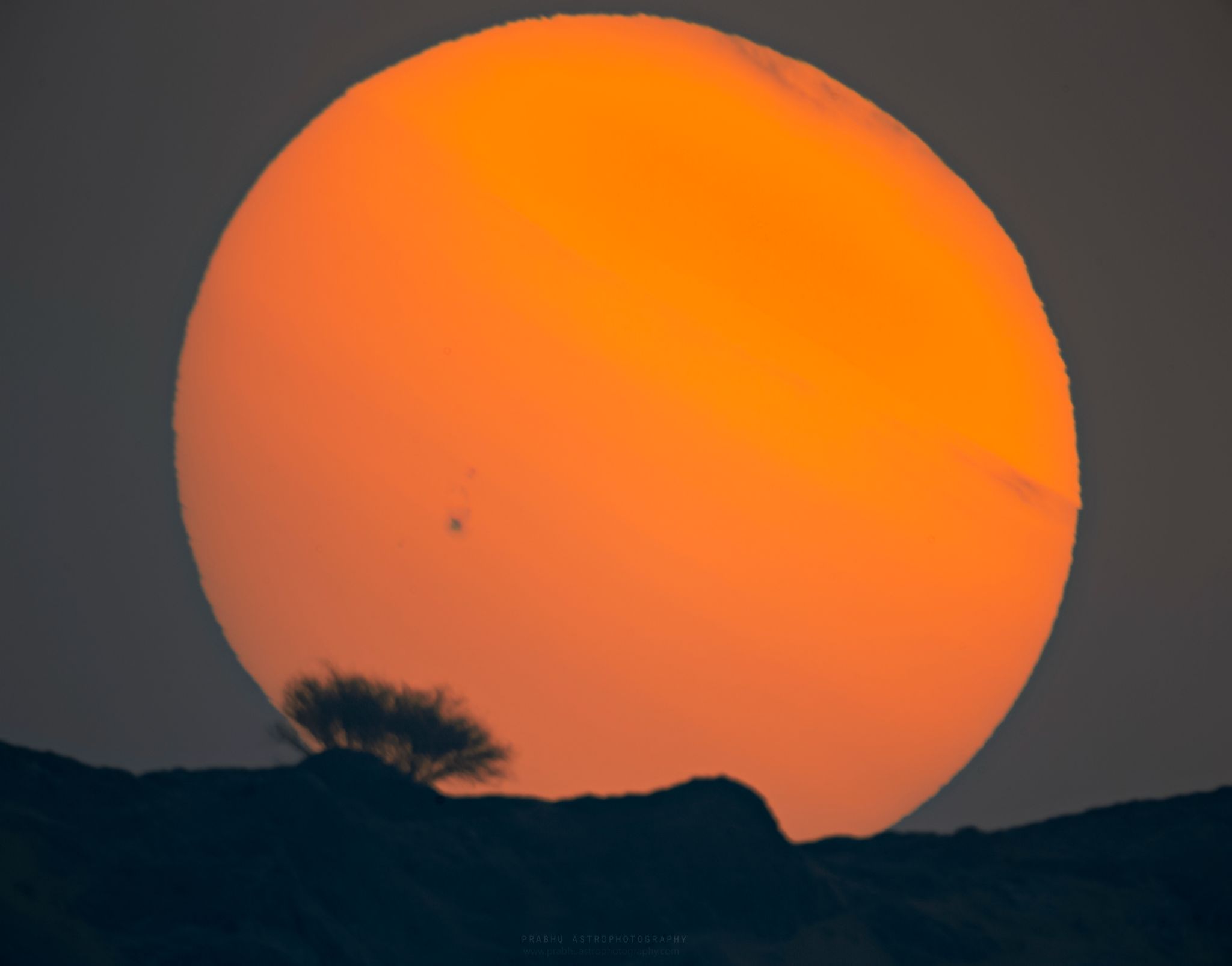 Sun and sunspot AR2835 & AR2836
Sunspots are dark, planet-sized regions that appear on the "surface" of the Sun. Sunspots are "dark" because they are cooler than their surroundings. A large sunspot might have a central temperature of about 3,700° much lower than the 5,500° C temperature of the adjacent photosphere. Sunspots are only dark in contrast to the bright face of the Sun. If you could cut an average sunspot out of the Sun and place it elsewhere in the night sky, it would be about as bright as a full moon. Sunspots have a lighter outer section called the penumbra, and a darker central region named the umbra. Sunspots are caused by disturbances in the Sun's magnetic field welling up to the photosphere, the Sun's visible "surface".