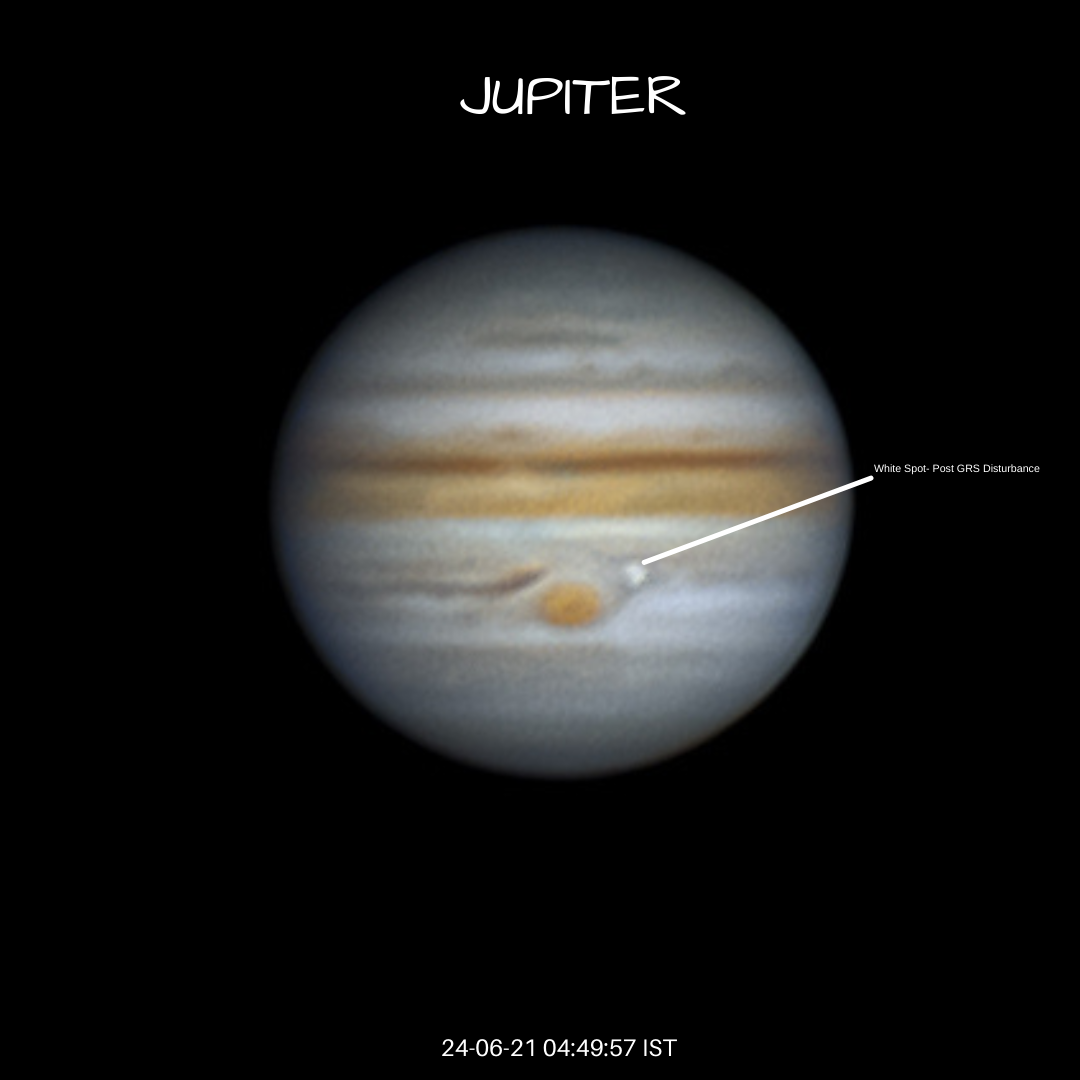 This years first decent Image of Jupiter, under bad seeing conditions, moving clouds and gusts of winds. Interesting feature appears right next to the GRS, a white spot which is apparently a Post GRS Disturbance. It's so clear in my image from a modest 8" Dobsonian, so we can only imagine the scale of this white spot.
It will be very interesting to observe in coming days how this spot moves or completely disappears.
Jupiter is a dynamic world in itself and presents us with some remarkable observations and imaging opportunities. Jupiter’s Great Red Spot (GRS) is a giant anticyclone with a length that has shrunk since 1879 from ∼ 40,000 km to its current value of 15,000 km. The GRS is the longest-lived of all the planetary vortices, observed perhaps since the 17th century. During its history, the GRS has encountered a variety of smaller anticyclones and other dynamical features, surviving these interactions. In 2018–2020, a series of anticyclones interacted with it, and tore off large fragments of its red area (called “flakes”), eroding and distorting its oval shape, and apparently threatening its survival.

I will continue to image Jupiter this season as well, just hoping for clear skies and some stable conditions to image this fantastic Celestial Object of our Solar System.