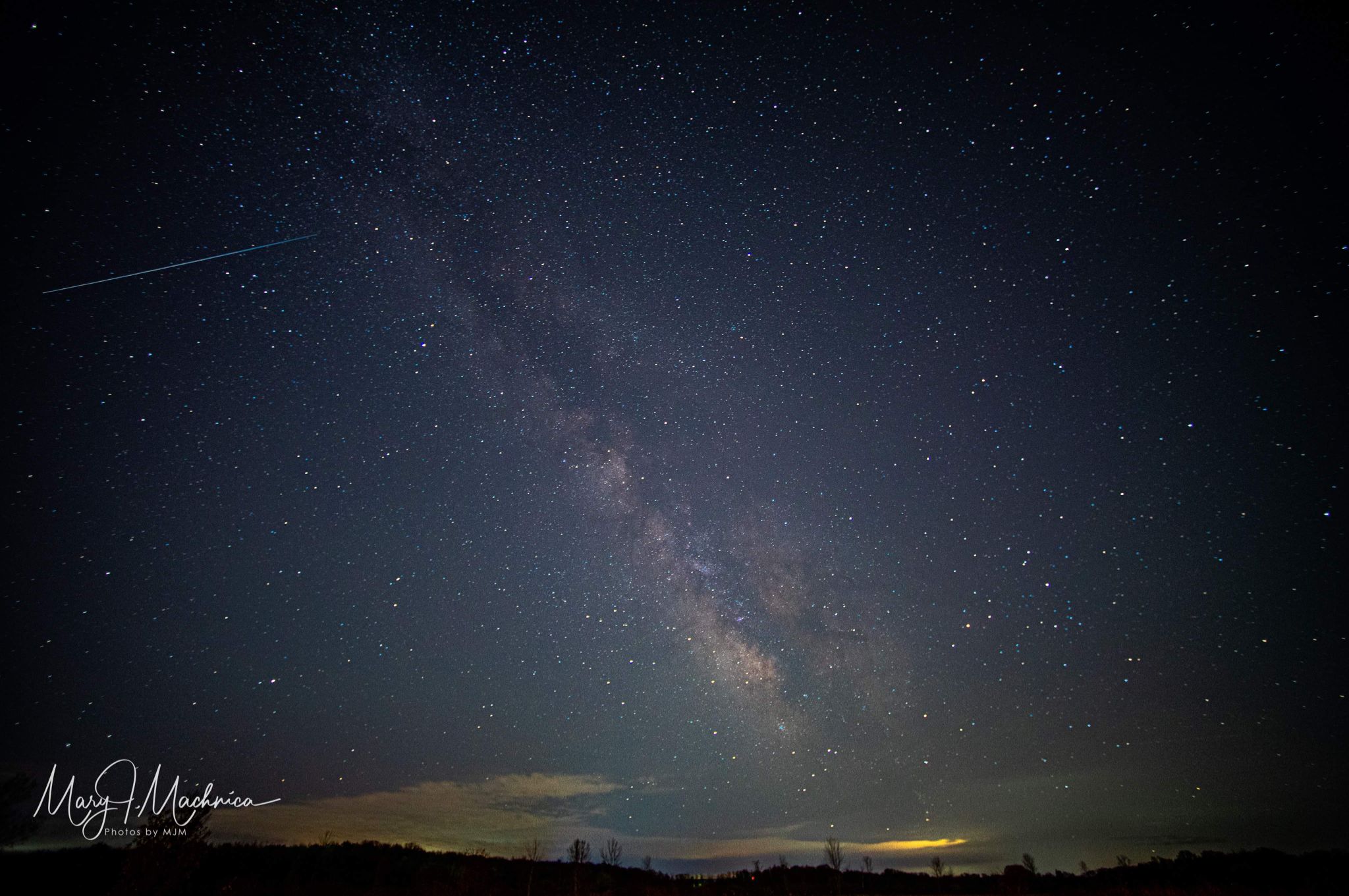 I knew that the Eta Aquarids Meteor Shower was going to peak this morning. I took a nap, not setting my alarm. If I was awoken I would go out. 3 was peak viewing. I awoke at 2 AM.
Ezra and I head out. Not going to far from home. I knew there was going to be a ton of light pollution. But, it didn't matter. I just needed to be under the stars. Needing to feel small. Needing to know that the G-d of the Universe is in control of everything.
Getting there right before 3AM. I set up my camera. Super damp out! Glad I have my lens warmer. With everything set up. I just keep taking photo after photo hoping to capture a glimpse of a meteor.
I see a couple Meteors with my eyes, but they don't show up in the photo....
That's ok. I keep snapping away. Talking outloud to the Creator of the Universe. Just Ezra and I.
As I was talking, this shot was taken.