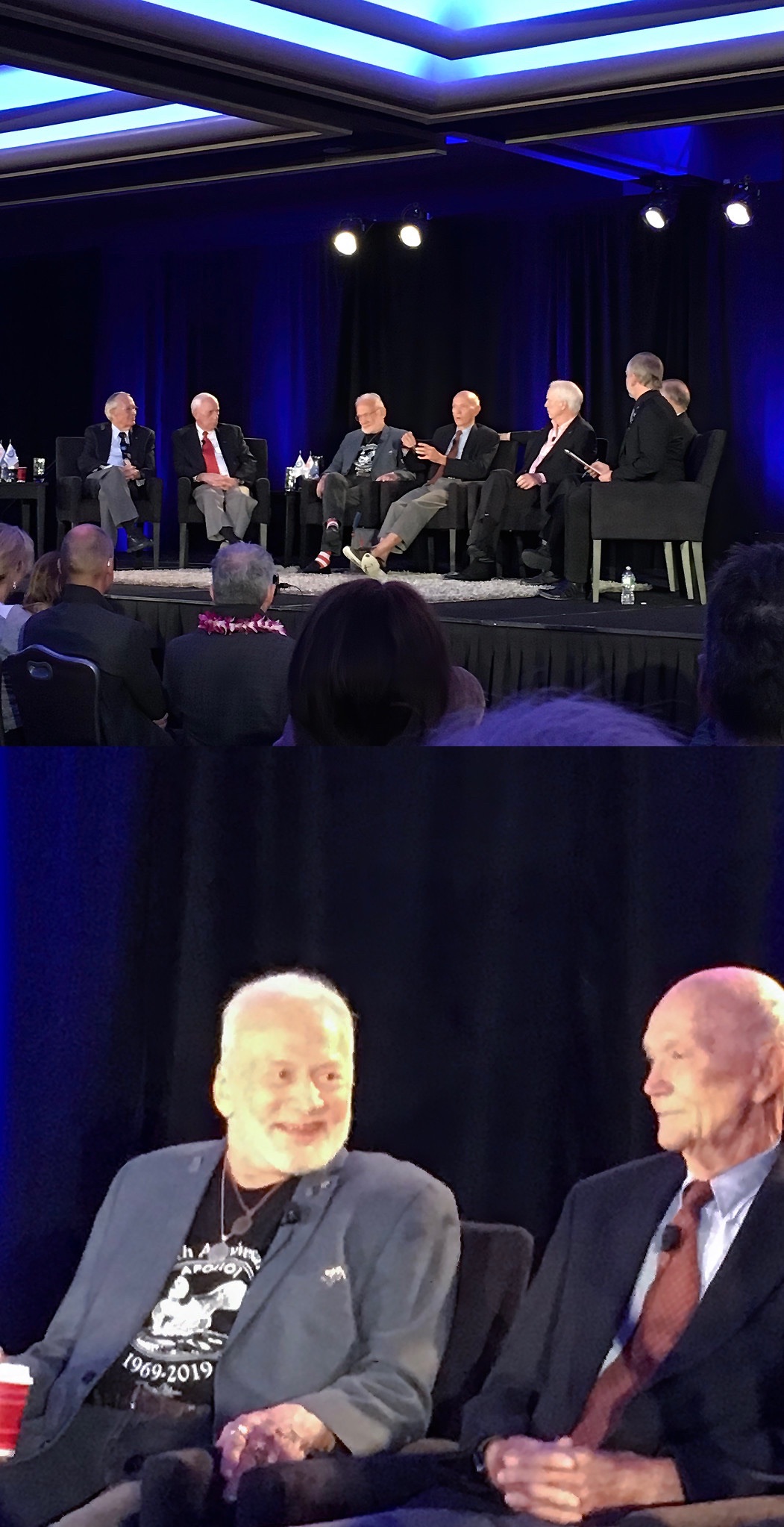 Buzz Aldrin and Michael Collins at the 50th Anniversary Apollo Symposium at Explorers Club. March 16, 2019, This is during Michael Collins' turn to describe his experience with him making a point as shown. Later in the evening the Explorers Club dinner included the other living Apollo astronauts with all of them being present to celebrate the 50th anniversary of Moon landing. The story Michael Collins was telling was about the mice that shared their quarantine after their return with his concern for their health and if something untoward happened to them with the implications for him and his fellow travelers. His telling is of course far more entertaining. Discovery channel that is a partner of the Explorers Club showed this symposium and it may still be available for some cable systems.

In his words: "Man has always gone where he has been able to go, it is a basic satisfaction of his inquisitive nature, and I think we all lose a little bit if we choose to turn our backs on further exploration. Exploration produces a mood in people, a widening of interest, stimulation of the thought process, and I hate to see it wither. Our universe should be explored by microscope and by telescope, but I don’t believe the argument that less emphasis on one will cause a more powerful focus on the other. When man fails to push himself to the possible limits of his universe in a physical sense, I think it causes a mental slackening as well, and we are all the poorer for it. Space is the only physical frontier we have left, and I believe its continued exploration will produce real, if unpredictable, benefits to all of us who remain behind on this planet."- Michael Collins