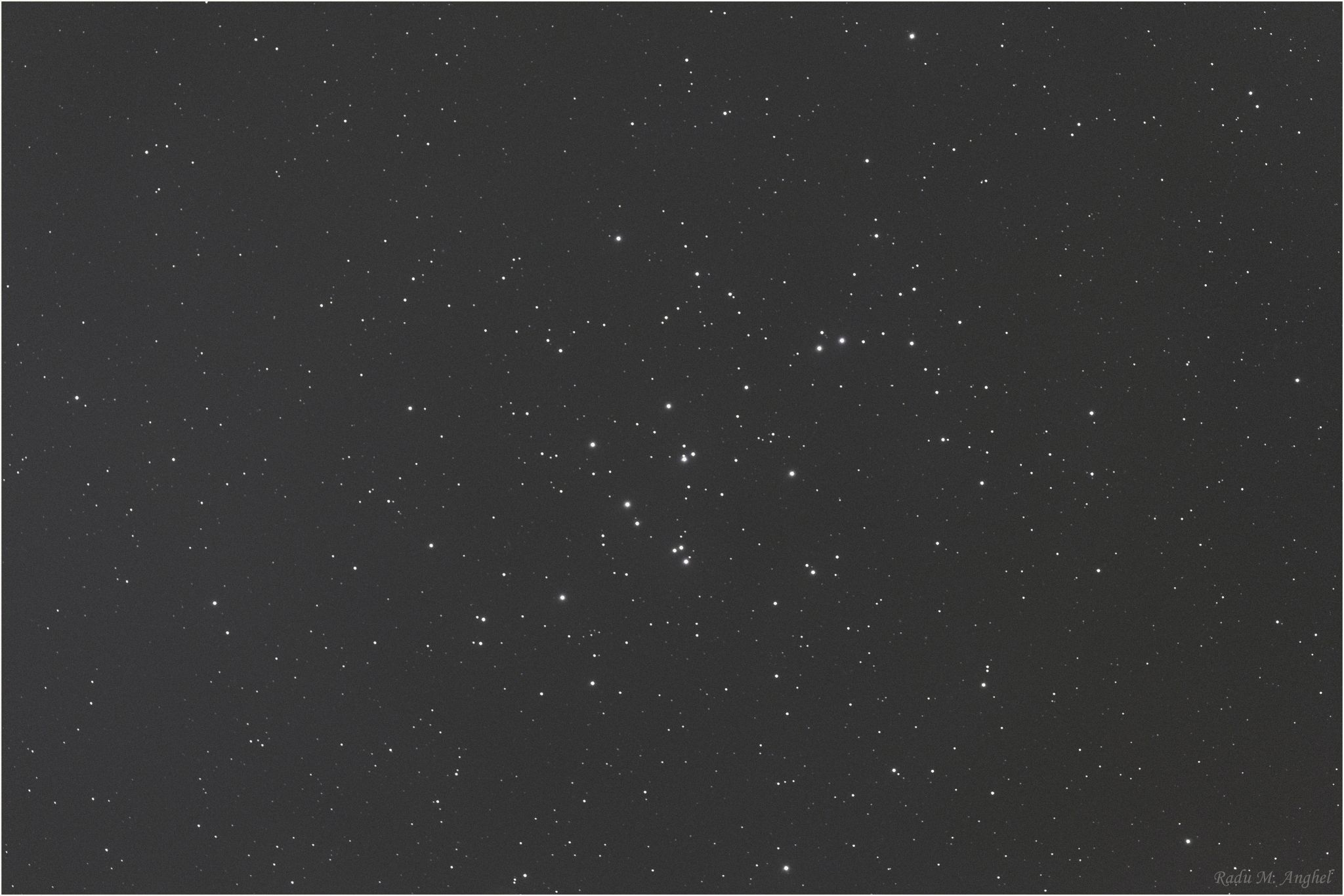 One beautiful open cluster, visible with the naked eye in Cancer constellation, known as ”the little mist” in ancient times, as ”Praesepe” for Romans which saw two donkeys on the sky (Asellus Borealis and Asellus Australis) eating form that cloud resembling a stack of hay; the Beehive cluster or Messier 44 for many of us.
Galileo was the first to see Praesepe trough his telescop in 1609, counting more then 40 small stars.
Today we now that it's an open star cluster relatively close to us (600 light-years away) with more then 1000 stars.