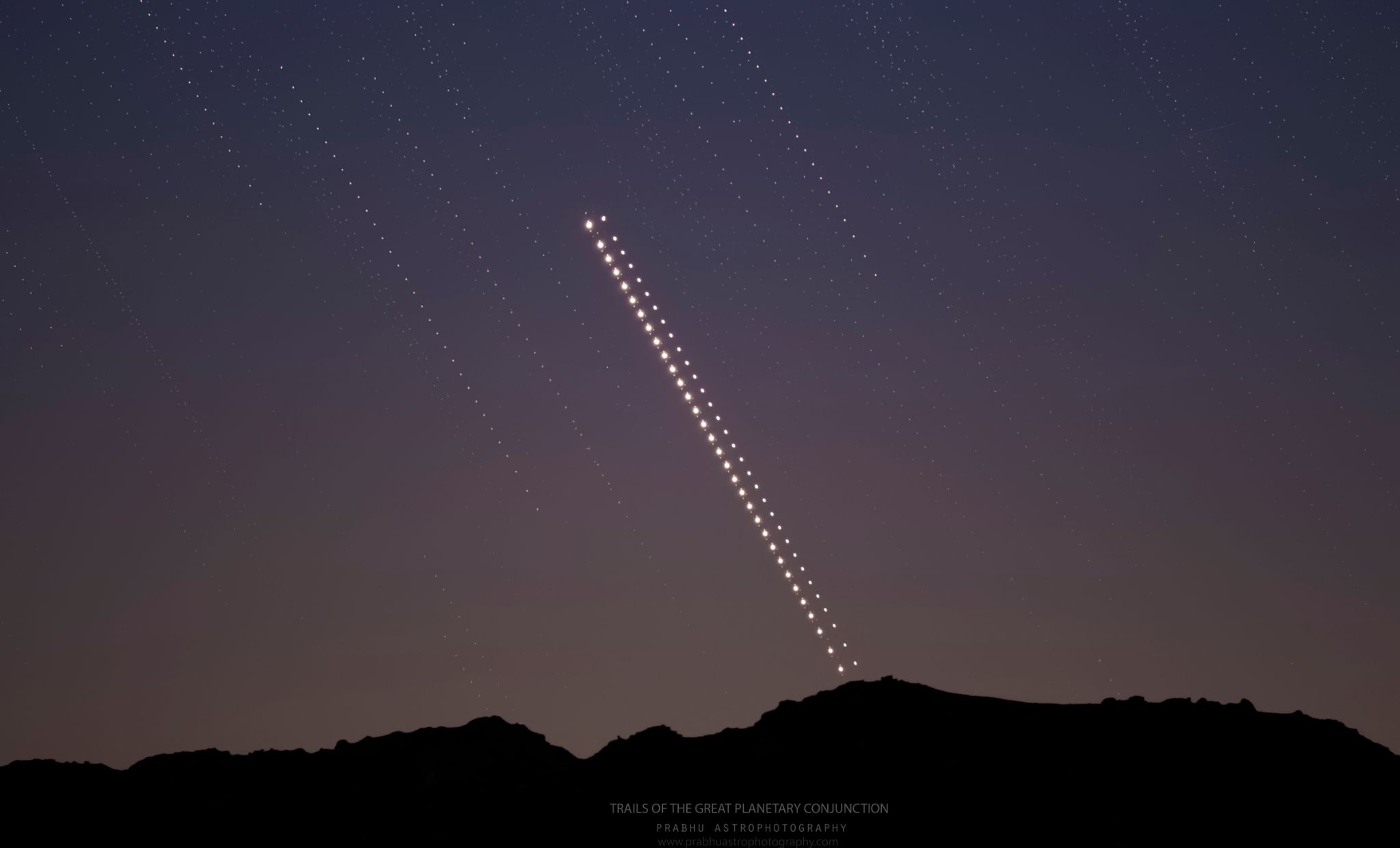 The closest separation occurred on 21 December at 18:22 UTC, when Jupiter was 0.1° south of Saturn and 30° east of the Sun. This meant both planets appeared together in the field of view of most small and medium-sized telescopes (though they were distinguishable from each other without optical aid). During the closest approach, both planets appeared to be a binary object to the naked eye.

The conjunction attracted considerable media attention, with news sources calling it the "Christmas Star" due to its proximity to Christmas.