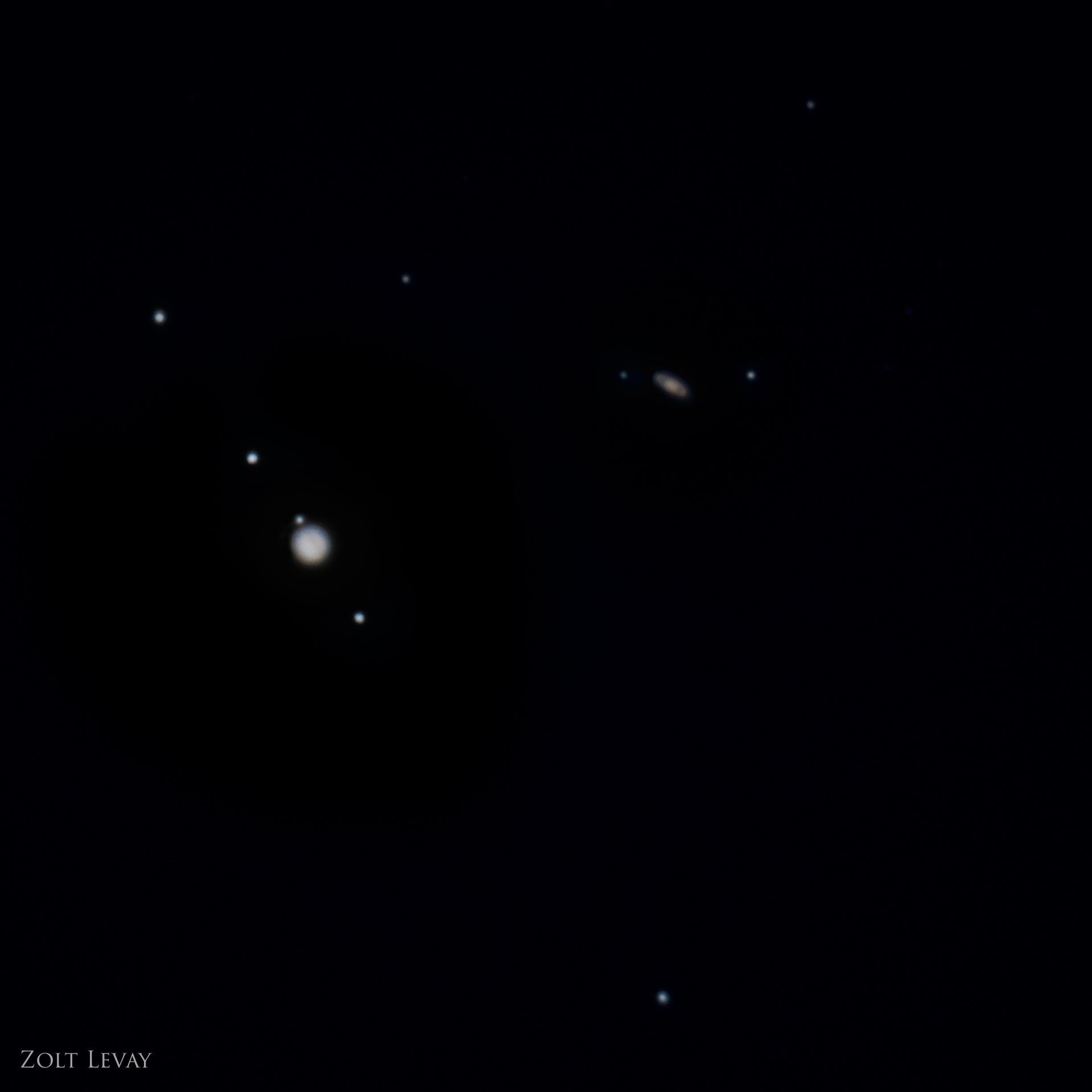 The weather cooperated (mostly) tonight so I got a chance to photograph the great Jupiter/Saturn conjunction at their closest. The photo shows all four Galilean moons of Jupiter, the two brightest moons of Saturn, and three background stars, all labeled in the second photo.

This photo is a composite of several frames at different exposures to capture the planets and the moons. It was pretty windy though so the camera was being moved around enough that the photos aren't quite as sharp as they could be, but there is a bit of detail in the planets.