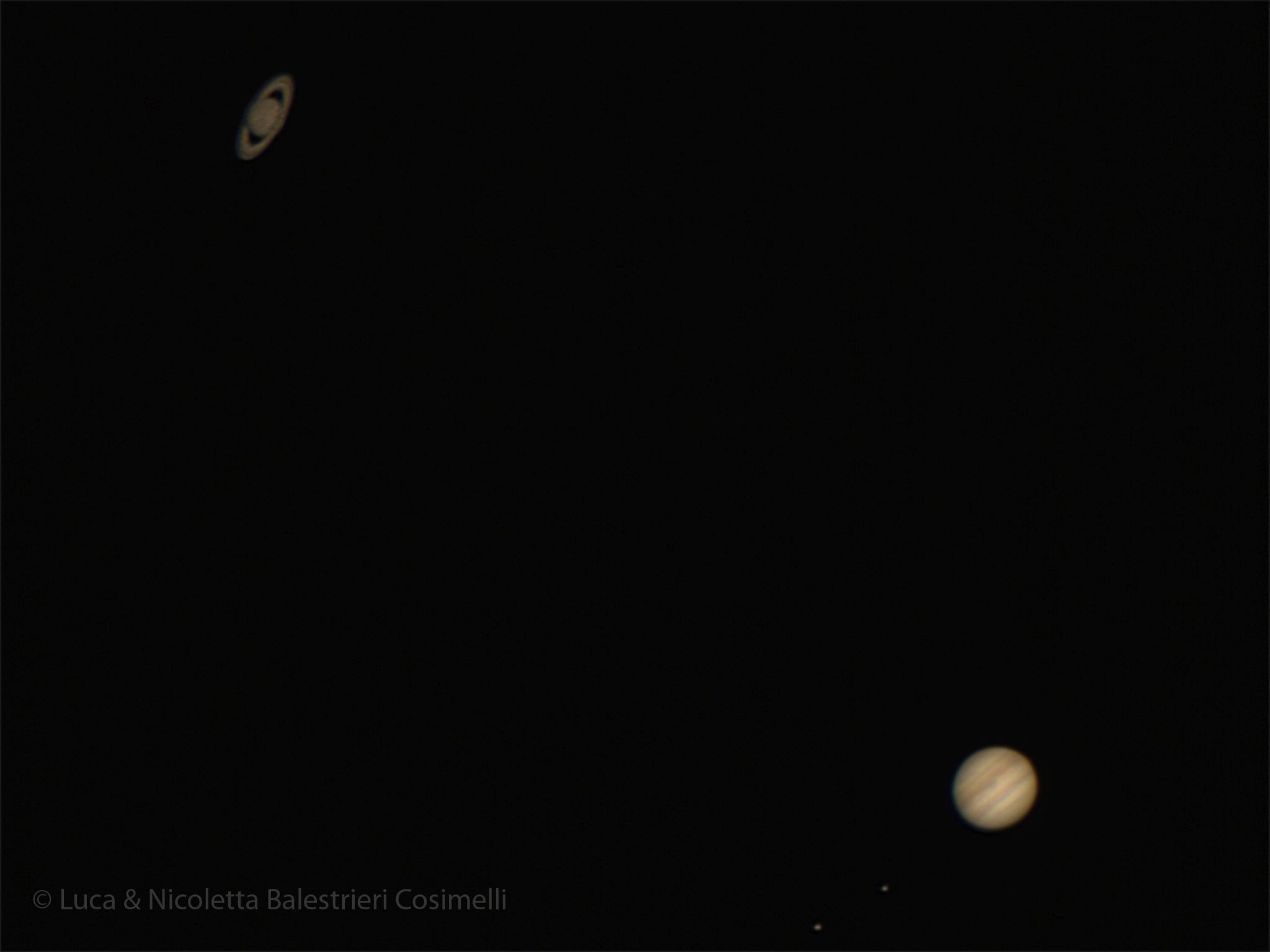 Never before today we could see Jupiter and Saturn so close to each other, to the naked eye they looked like a single point of light, but the proximity is only apparent, the real distance between them is about 700 million kilometers. Having been able to see them together in the same field of view of the telescope was spectacular, for those who missed it the next conjunction between the two planets will happen in 2080
This image has been obtained from the processing of a single video that my AstroWife and I shot last evening, despite the hazy sky it was better than we feared!