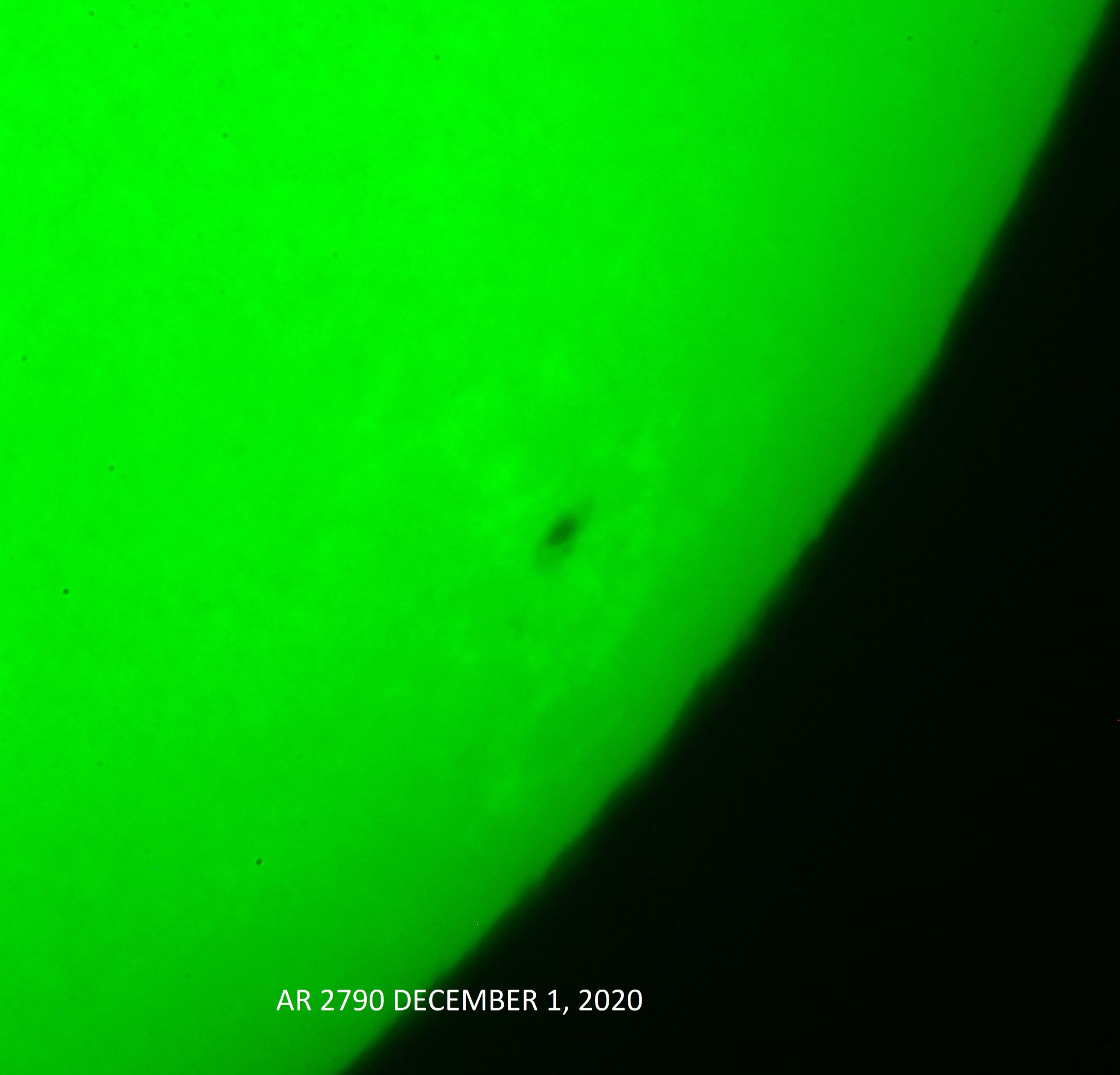 According to Space weather.com "The sunspot responsible for Saturday's major solar flare has been revealed, and it's not as impressive as we expected". I photographed the ordinary-looking spot rounding the sun's eastern limb this morning. "Provisionally numbered AR2790, the sunspot's +/- magnetic polarity shows that it is a member of strengthening Solar Cycle 25. How did it produce such an intense solar flare? Even small sunspots can explode if their magnetic fields crisscross and reconnect. Clearly, AR2790 is more potent than it appears". (Spaceweather.com, my photo from this morning)