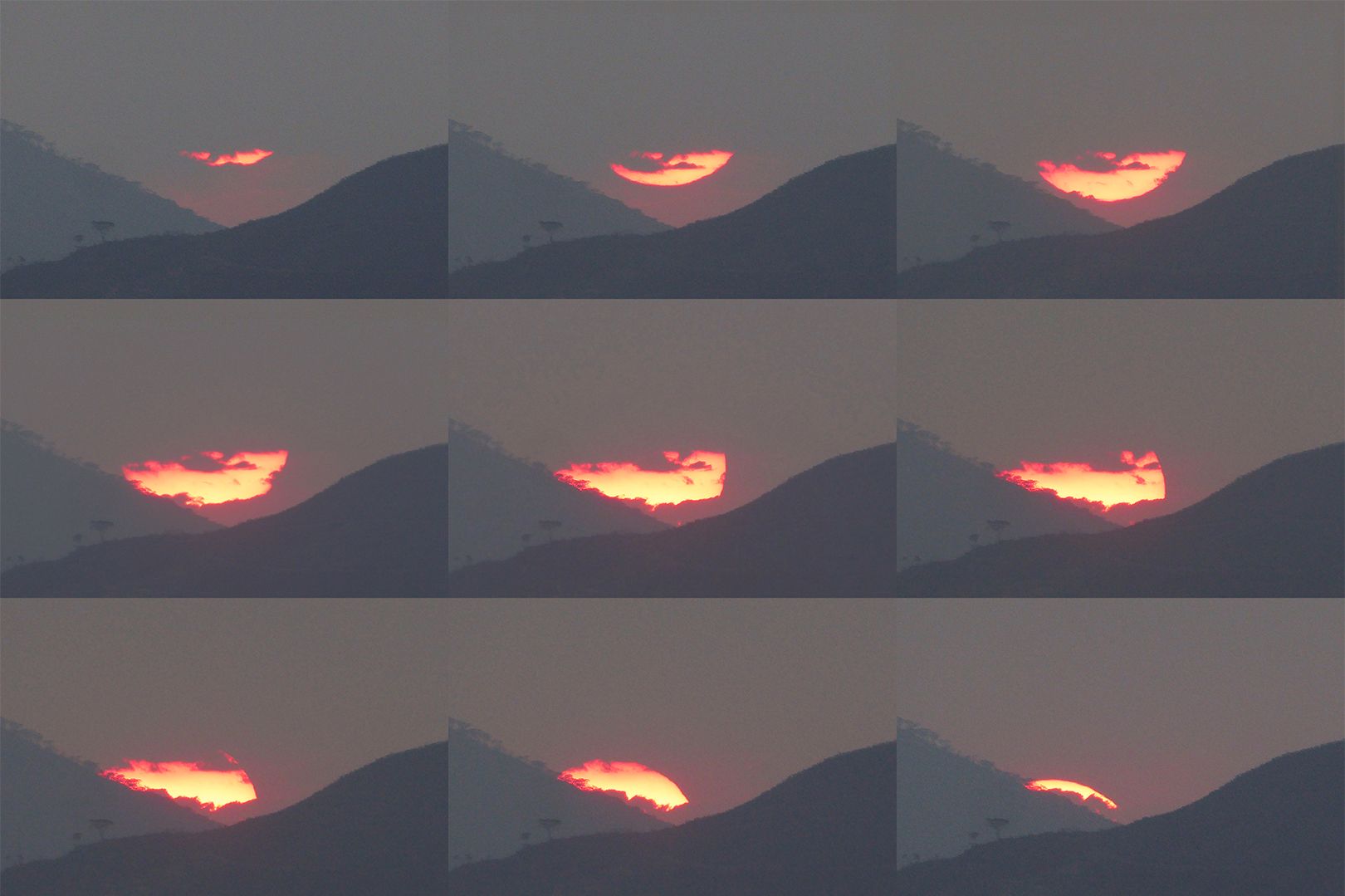 Letterbox Sunset
A ‘letterbox sunset’ is when the Sun appears in a narrow gap between a low layer of cloud and the horizon before setting . This phenomenon is sometimes observed from Mutare in summer because there is a low line of hills along the southwestern horizon the height of which almost coincides with the late afternoon cloud base. If this cloud starts thinning (as it often does around sunset) the Sun manages to briefly shine through a gap which develops between the cloud and the ground provided there is clear sky behind. On 22nd October, a gap developed in a valley between hills near Feruka which was so small that it allowed just a portion of the setting Sun to appear and then disappear. This is shown in the accompanying 9 frame mosaic selected from 46 still photographs taken during the two minutes in which the Sun was visible.