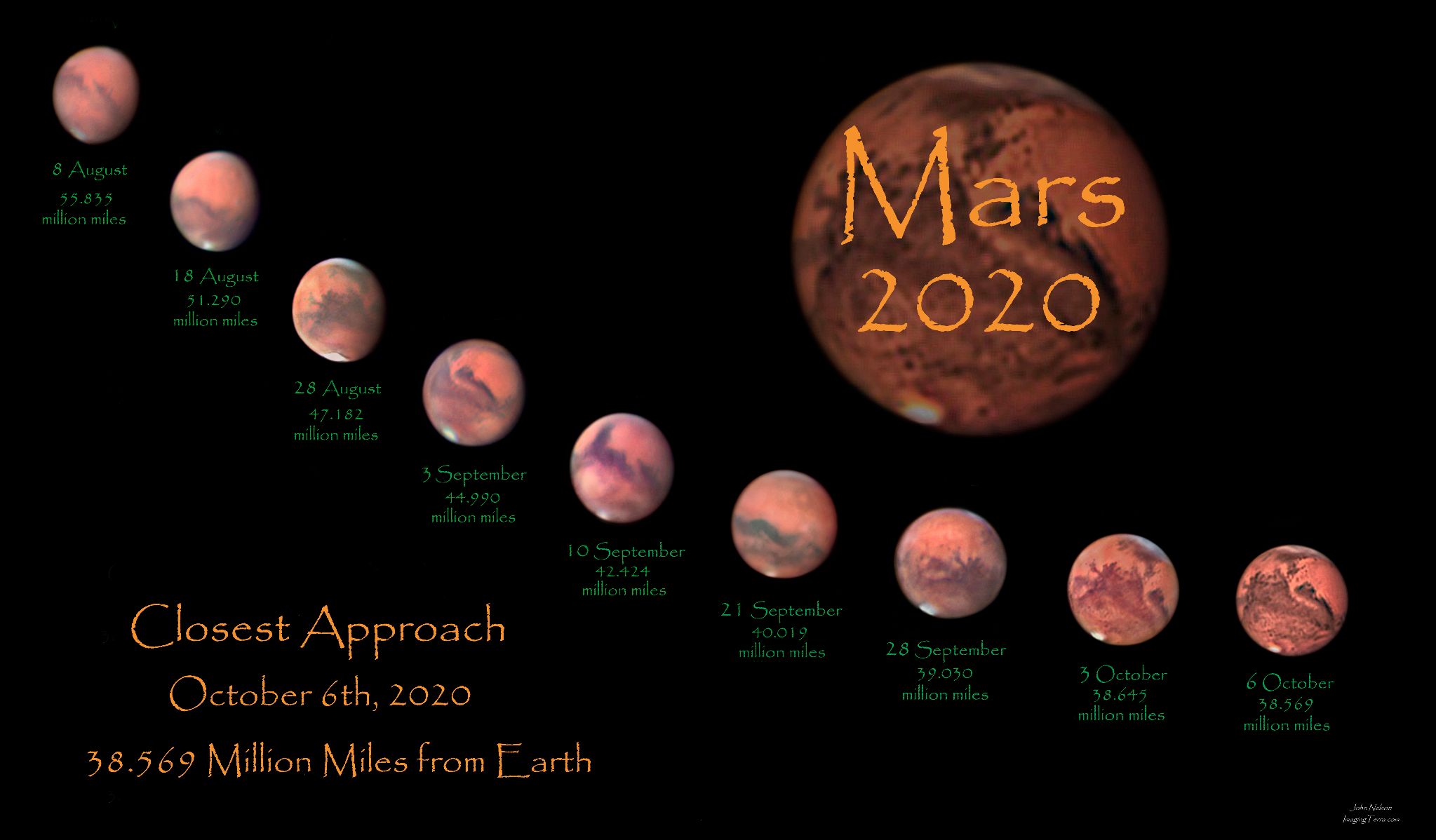 This is a composite consisting of images derived from a monochrome video camera through RGB filters and a color video camera with no external filters involved. All video sequences were first cropped in Pipp. The sequences from the color video camera were also debayered in this program. All video sequences were aligned and stacked in Autostakkert3 with the resultant .png files processed in Registax6 wavelets for sharpening and detail enhancement. For the images shot with the monochrome video camera, the three images (R,G,B) were taken into photoshop for integration into a full color RGB image. Lightroom was used for tweaks to contrast and lighting. Final step was integration into the composite image seen here using photoshop elements.

This is a composite featuring separate images of Mars during a two month progression from August 8th leading to its closest approach to Earth on October 6th.
In late August of last year, Mars reached its maximum distance from us, over 248 million miles away. The orbits of Earth and Mars being what they are, Mars has been closing the distance ever since, reducing the gap by 210 million miles and arriving at a point 38.6 million miles away on October 6th....just passing by, giving us a brilliant though ephemeral display before continuing on its way in a grand cosmic dance.
Mother Nature was very kind, offering clear skies in the Pacific Northwest at regular intervals for two months. I've been waiting for two years to do this...ever since the 2018 Mars opposition, during which Mars was much lower to the horizon making atmospheric distortion a factor. Mars was also experiencing a planet wide dust storm for nearly the entire year, rendering Mars a mostly featureless orange ball. This year, Mars is 25 degrees higher in the sky and there is no dust storm so even though it's 3 million miles further away than 2018, the images I took this year far exceeded the best I was able to do in 2018.