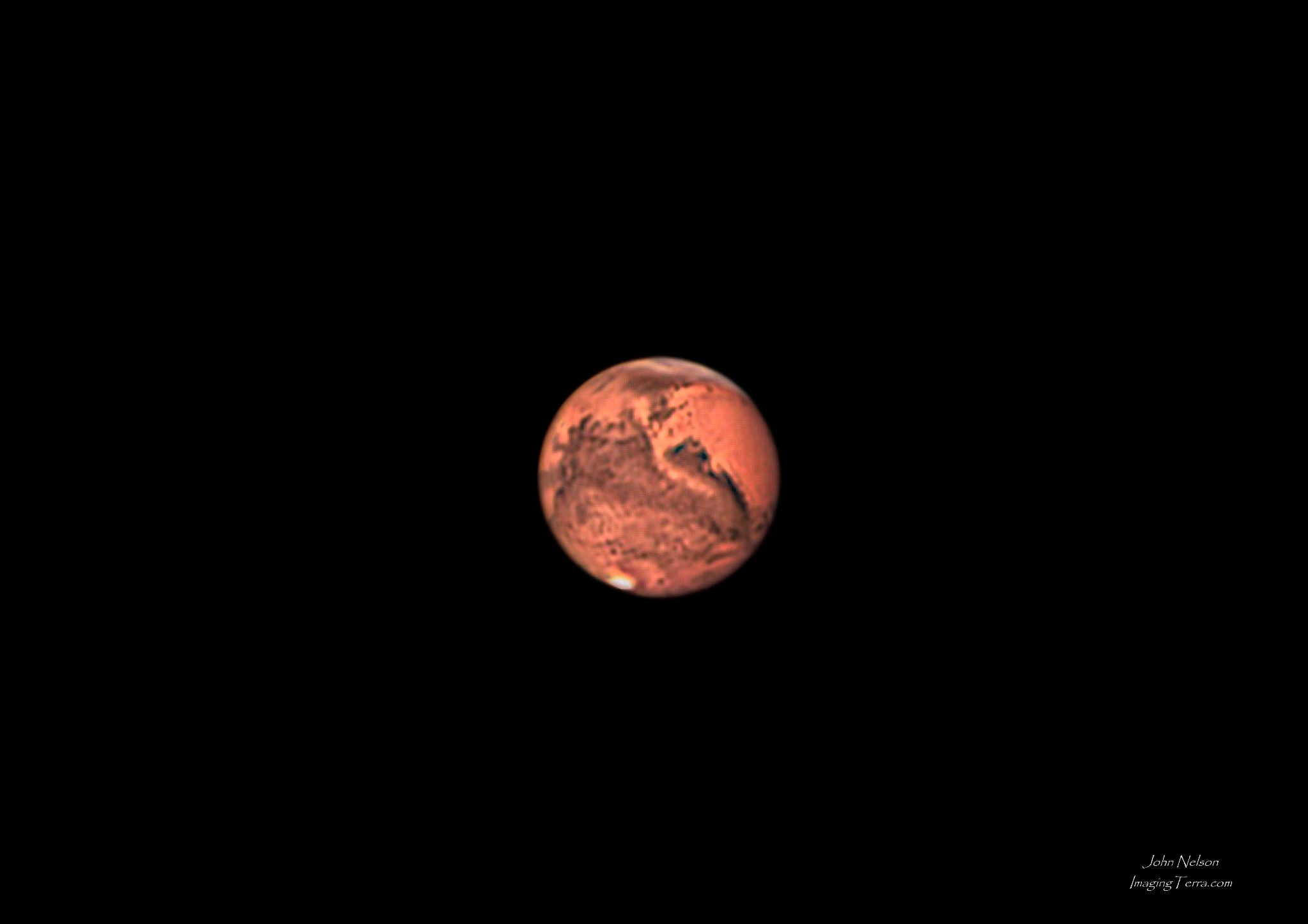 11,108 frames were captured over a period of 87 seconds. Pipp was used to crop and debayer the video sequence. Autostakkert3 was used to align the frames, select the best 2000 and stack them and produce a .png image which I then took into Registax6 for wavelets processing to sharpen and bring out detail. Finishing touches to contrast and lighting applied in Lightroom. Having close cropped the video sequence, I used PhotoshopElements9 to set the image in a wider field black background for asthetic purposes.

October 6th marked the completion of Mars' very long journey back to Earth's vicinity from a point 13 months earlier where Mars was 248 million miles away. On the morning of October 6th, Mars reached its closest point to Earth on this present journey, 38.569 million miles away. This happened at 7am my time. Unfortunately, by that time Mars was lost to the daylight. The image here was captured from my backyard 5 1/2 hours prior, on the morning of October 6th but Mars was very nearly at its closest point, still "only" 38.569 million miles away, very slowly closing the distance until 7am.
Now, it is once again distancing itself from Earth in this eternal cosmic dance that will find Mars more than 245 million miles from Earth by September 20th next year when it will once again head back for a rendezvous with Earth. However; it will not get as close as it is now for another 15 years so if you want to see it, now is a spectacular time. Currently, Mars is rising in the east about 7pm and is visible all night. Step outside around 9 or 10 pm on a clear night, look up and to the south east. You won't miss this beautiful orange jewel sparkling in the night sky. Clear skies!