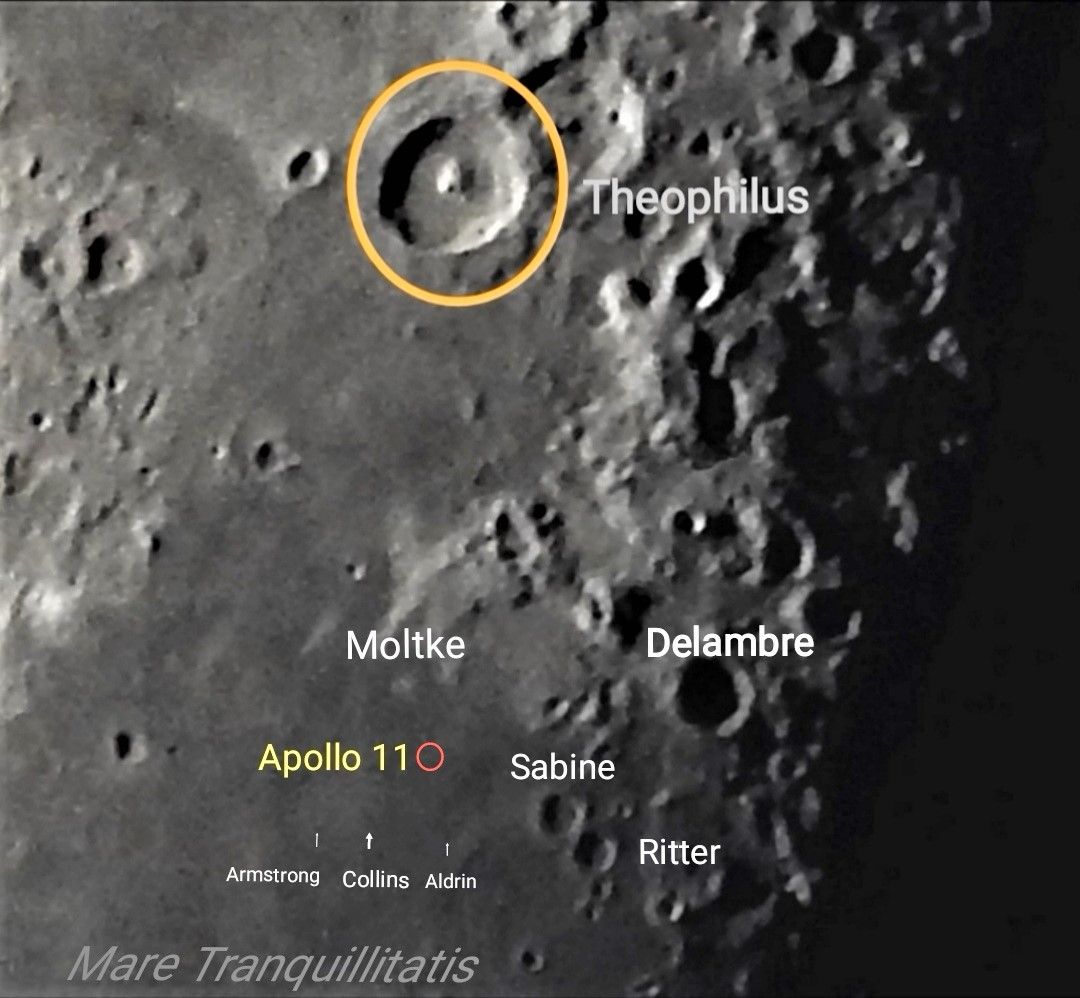 Captured the first quarter moon(waxing crescent phase) yesterday night which was 44.4% illuminated. The moon was 375, 855 km away from Earth and photo is cropped from the original to show details of the Apollo 11 landing site where humans first set afoot on the Moon's surface. Commander Neil Armstrong and lunar module pilot Buzz Aldrin formed the American crew that landed the Apollo Lunar Module Eagle on July 20, 1969.

[Wikipedia Source : Armstrong became the first person to step onto the lunar surface six hours and 39 minutes later on July 21 at 02:56 UTC; Aldrin joined him 19 minutes later. They spent about two and a quarter hours together outside the spacecraft, and they collected 47.5 pounds (21.5 kg) of lunar material to bring back to Earth. Command module pilot Michael Collins flew the Command Module Columbia alone in lunar orbit while they were on the Moon's surface. Armstrong and Aldrin spent 21 hours, 36 minutes on the lunar surface at a site they named Tranquility Base before lifting off to rejoin Columbia in lunar orbit]

Amazing that I could captured yet another Apollo mission from my camera without the use of any telescope or specialized equipment. For the first lunar landing, Mare Tranquillitatis was the site chosen because it is a relatively smooth and level area.