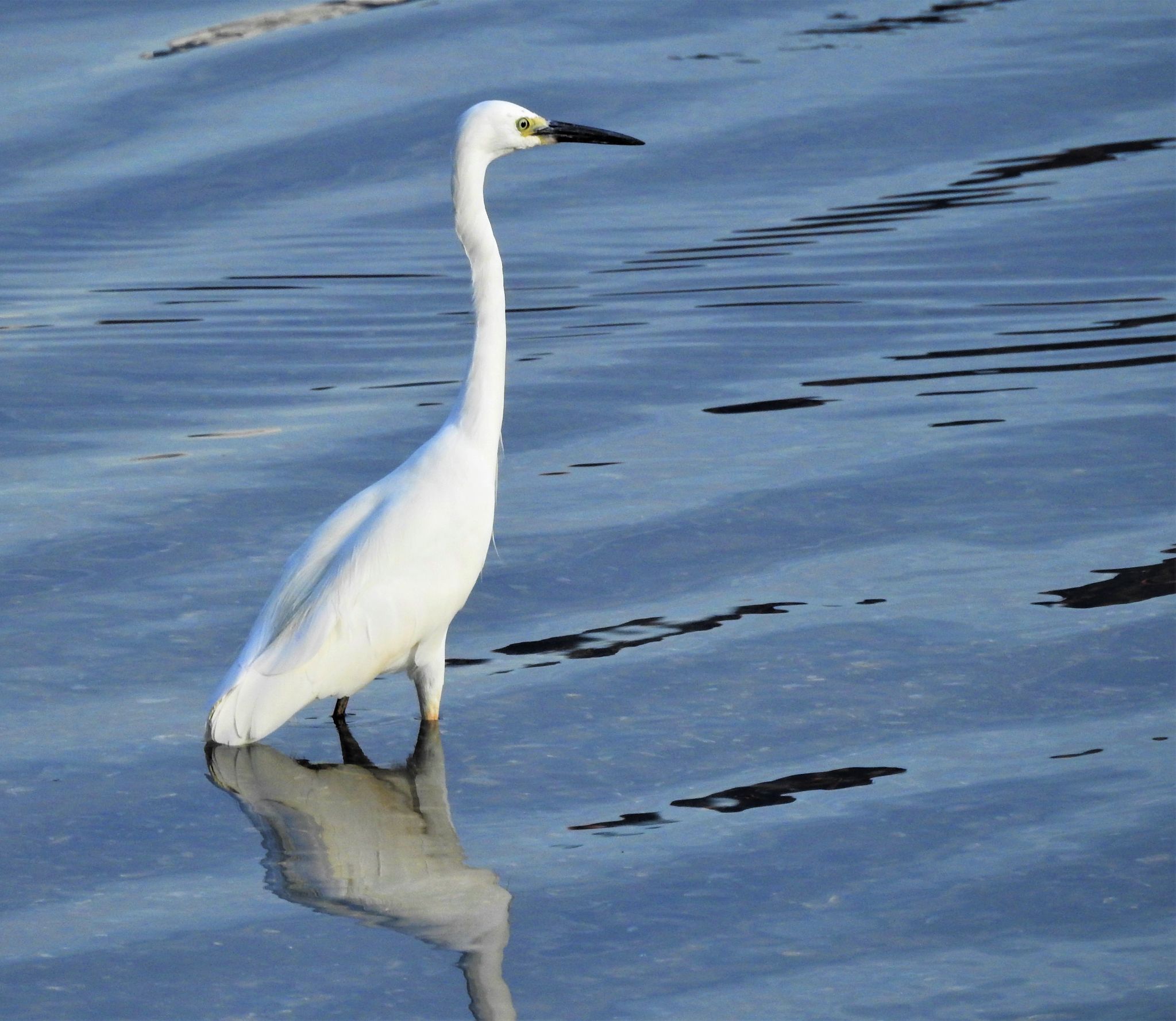 The great egret (Ardea alba), also known as the common egret, large egret, or (in the Old World) great white egret or great white heron is a large, widely distributed egret, with four subspecies found in Asia, Africa, the Americas, and southern Europe. Distributed across most of the tropical and warmer temperate regions of the world, it builds tree nests in colonies close to water.(Source : Wikipedia)

Saw one lone egret here in the nearer to the shore in the sea that separates Singapore from West Malaysia this morning.