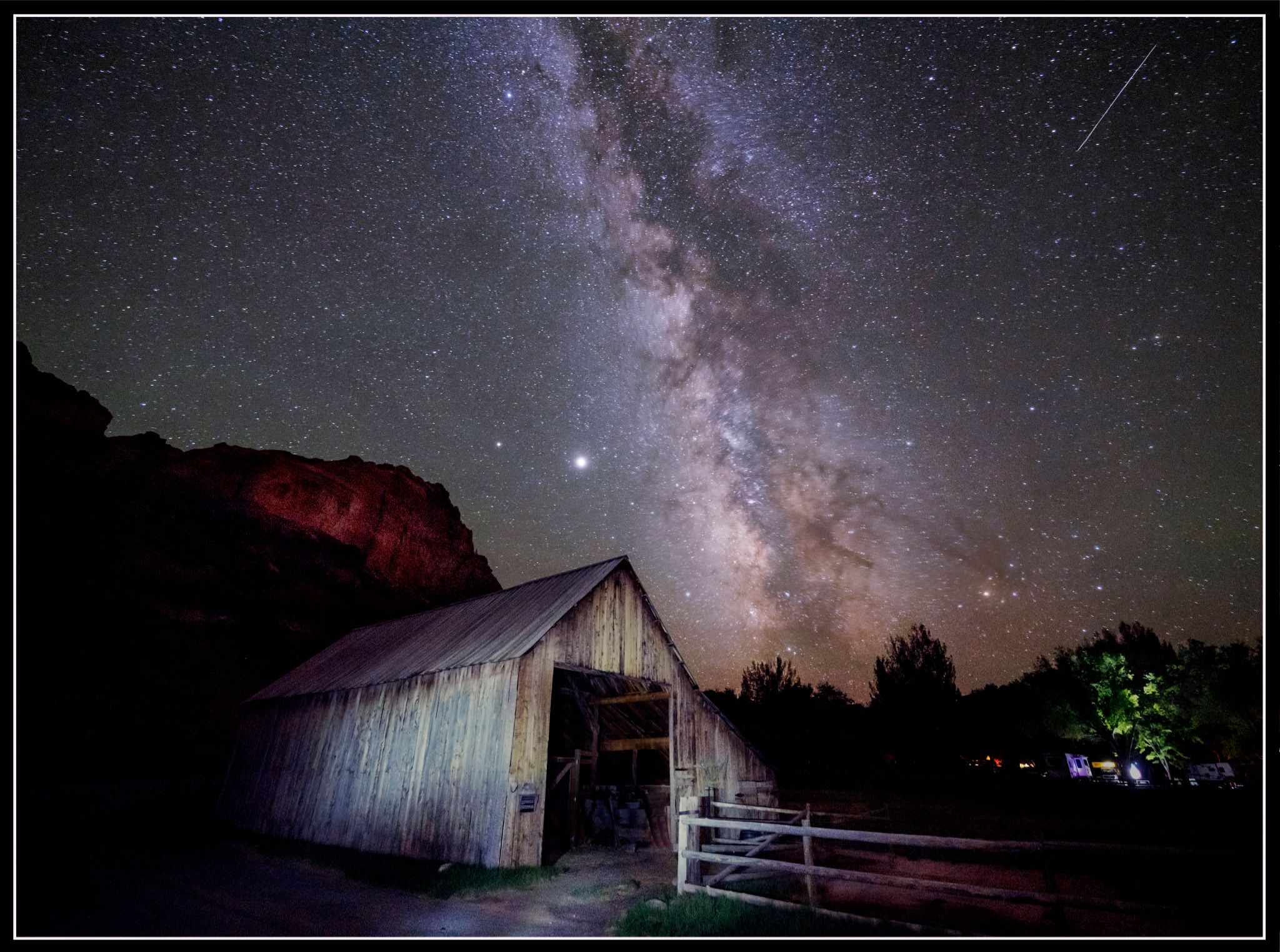 Nikon Z7 and Nikon f/4 14-30mm, ISO 5000, 30 seconds. The barn was illuminated by my headlamp, I cupped my hands in front of it so as to not make it too bright and exposed it for around ten seconds of the full thirty seconds the shutter was open.

sky and foreground processed in two separate photoshop layers to reduce noise in barn (this is an original homestead barn from 1910 that is in the national park) and enhance the details in the milky way. A single exposure of the sky captured the meteor in the upper right corner.

This was taken a couple of weeks ago during the new moon on a trip through several of Utah's National Parks. My interest was in capturing the Milky Way Center and Rho Ophiuchi with some landscape, the meteor was an unexpected bonus. So the image has a barn from the early 1900s when Utah first became a state in the US, a meteor, the planets Jupiter and Saturn, the star nursery area of Rho Ophiuchi, and the center of our Milky Way galaxy which is visible in the summer months. This park, Capitol Reef, is a designated dark sky zone and one of the best areas in the contiguous 48 united states for night time observing. I just completed review of my images and some post processing, hence the couple week delay, but given we still have September to see the wonderful core of the galaxy and Jupiter and Saturn alongside it seems like a nice thing to look at.