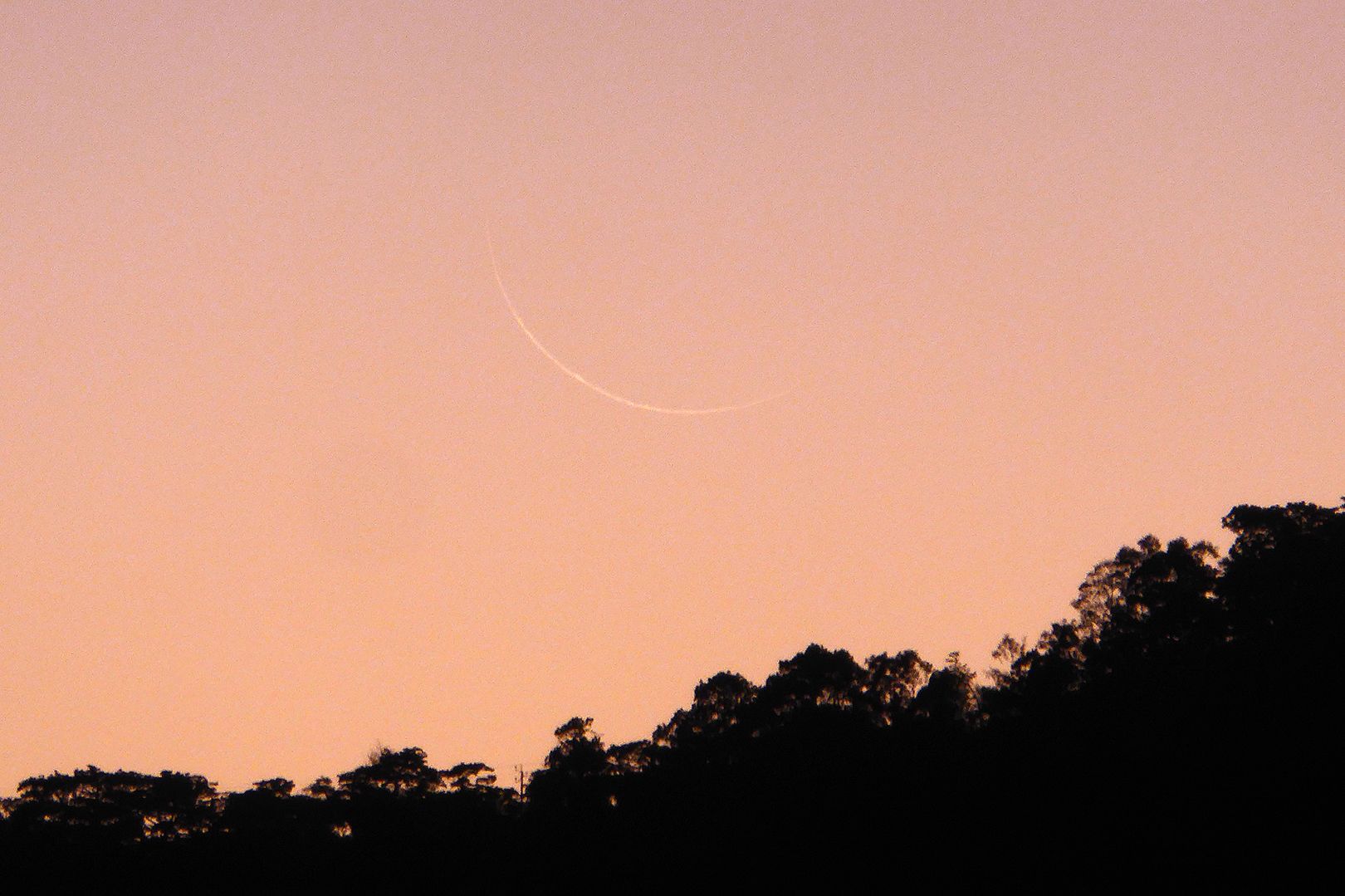 Very Young Moon Setting
At 5.48 pm on Tuesday 21st July the very young waxing crescent Moon (twenty two and a quarter hours old) first appeared close to the crest of a ridge at the foot of Transmitter Hill just over half an hour after the Sun had disappeared at almost the same location. The very thin crescent was not visible to the naked eye above the post-sunset glare and could only be seen in the camera viewfinder. Once located still images were taken and the very thin Moon was recorded setting behind some power lines and indigenous Musasa trees on the skyline (as shown in a x10 speed time-lapse animation which will be posted as a comment). This was a lucky catch as it was cloudy at sunset and the window of opportunity for seeing the Moon was less than ten minutes.