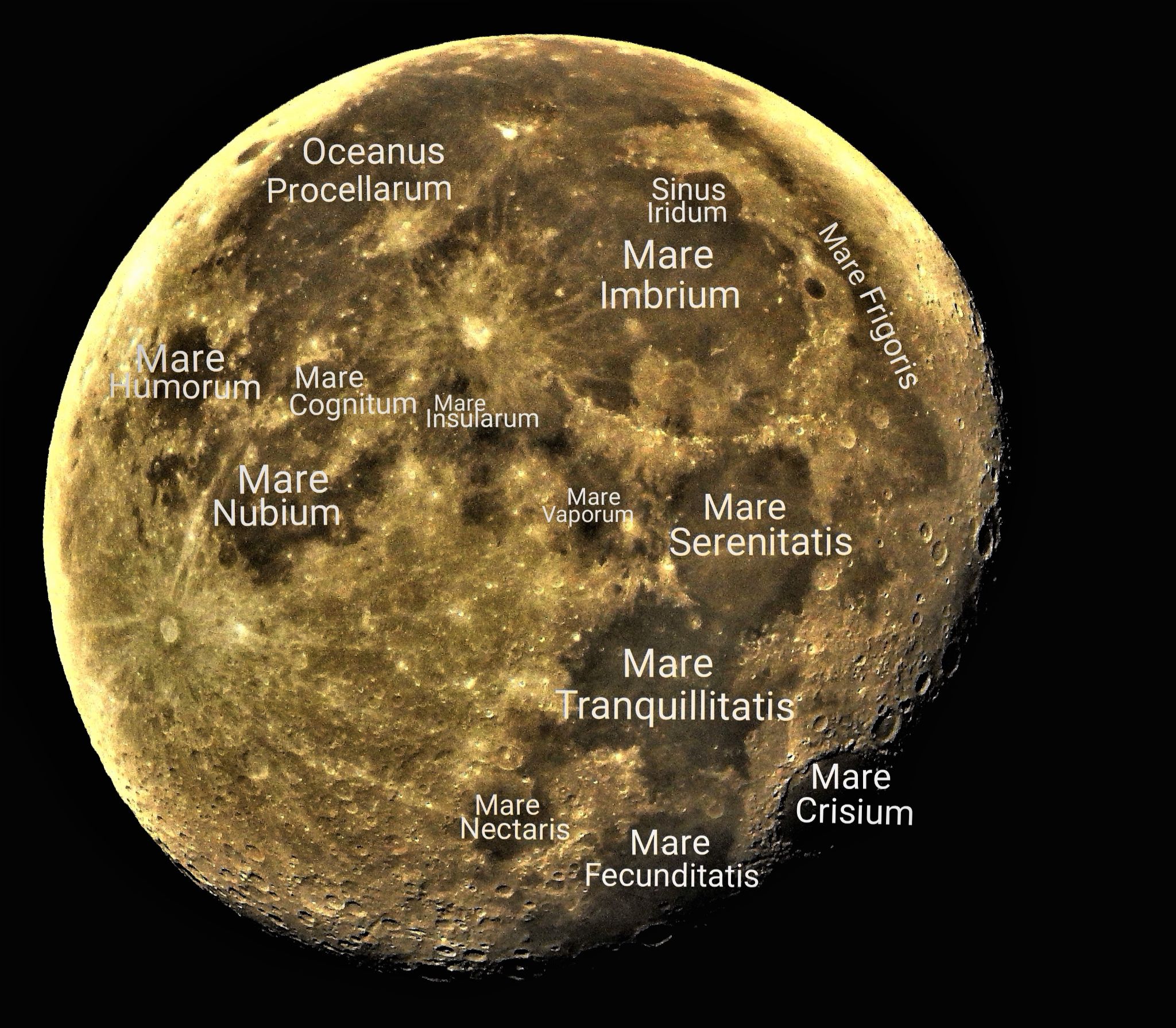 Image transferred to Huawei P30 Smartphone to add in the labels.

This is the waning gibbous moon taken this morning here in Singapore. I had marked some of the more visible Moon Mare that is visible to the naked eye. Mare are dark plain of lower elevation on the Moon and in Latin language it means “sea". The features are believed to be erroneously applied by telescopic observers of the 17th century. In actual fact, they are huge basins containing lava flows marked by craters, ridges, faults, and straight and meandering valleys called rilles and are devoid of water. It is said that there are about 20 major areas of this type, most of them—including the largest ones are located on the side of the Moon that always faces Earth. Interestingly they are the largest topographic features on the Moon and can be seen from Earth with the unaided eye.

I had transferred the picture from my camera to my smartphone and using the features on the smartphone, i then tried to label them correctly taken from my Spacewatching book by Collins. It is amazing to see the mare so close when zoomed from the camera.