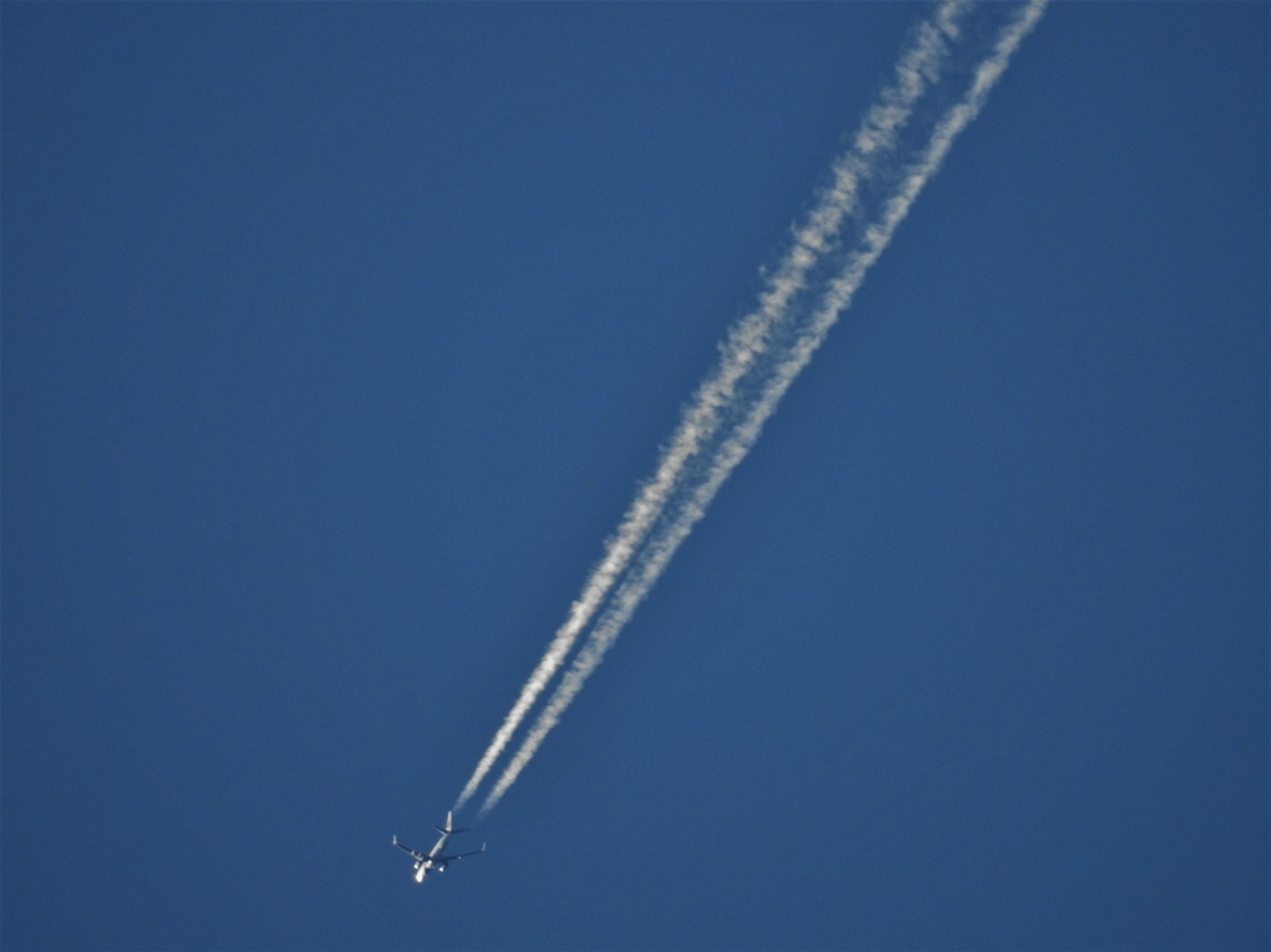 An aircraft leaving behind a contrails(condensation trails) flying towards the direction of West Malaysia. Contrails are vapour trails clouds produced by aircraft engine exhaust or changes in air pressure and believed to be left behind by aircraft cruising high altitudes several miles above the Earth's surface. They comprised mainly water in the form of ice crystals. When water vapour from the engine exhaust is combined with low ambient temperatures at high altitudes, they formed this trail. Good to see that some travelling is slowly resuming between countries amid the ongoing pandemic.