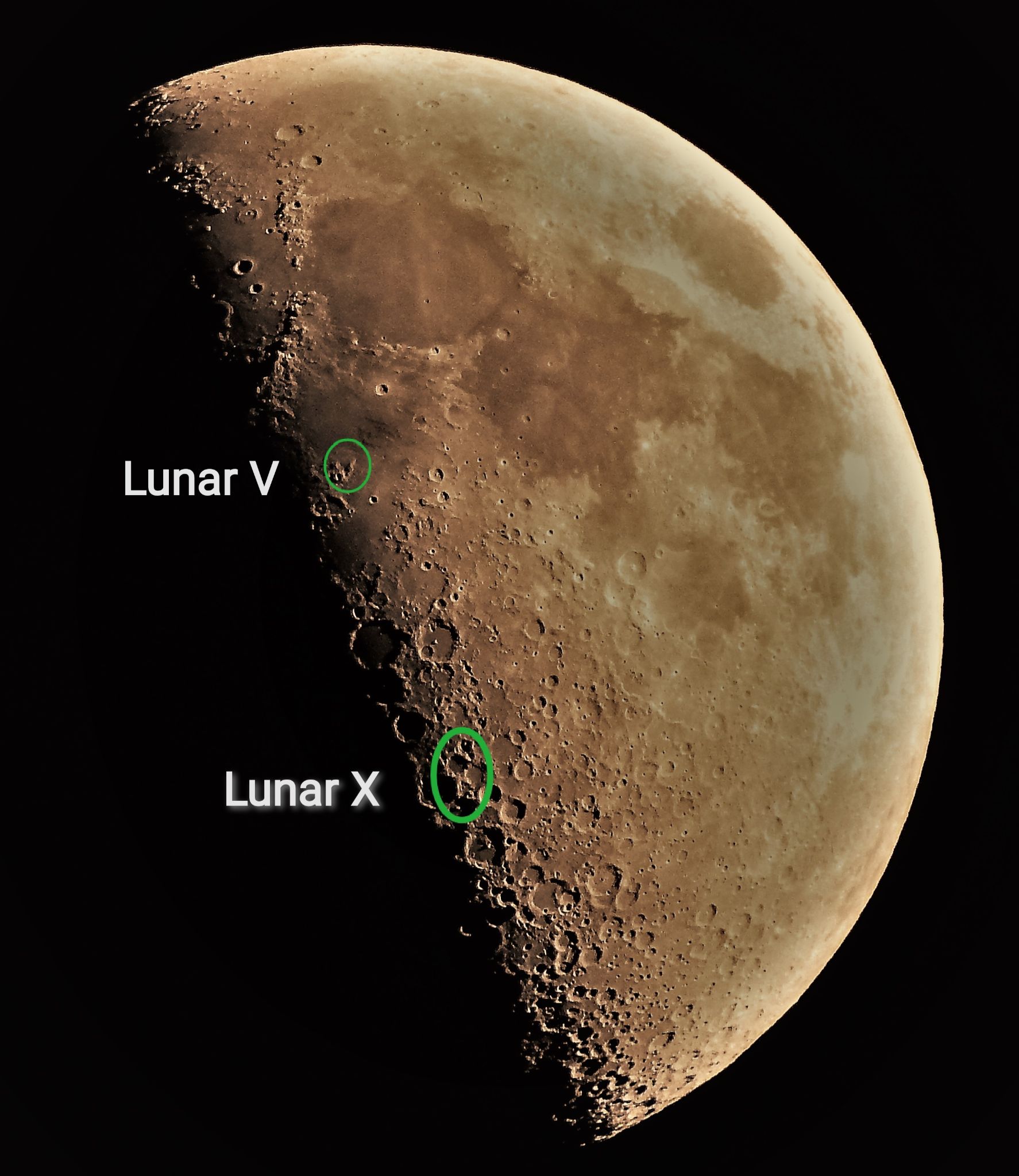 Source Wikipedia : The Lunar X (also known as the Werner X) is a clair-obscur effect in which light and shadow creates the appearance of a letter 'X' on the rim of the Blanchinus, La Caille and Purbach craters. Near to the X, the Lunar V is also visible, formed by Ukert crater and several other small craters.

I managed to get the X and V in the moon photo that i took this evening here in Singapore from my camera. Usually the alphabets are clearly seen during the first quarter moon that was here today.