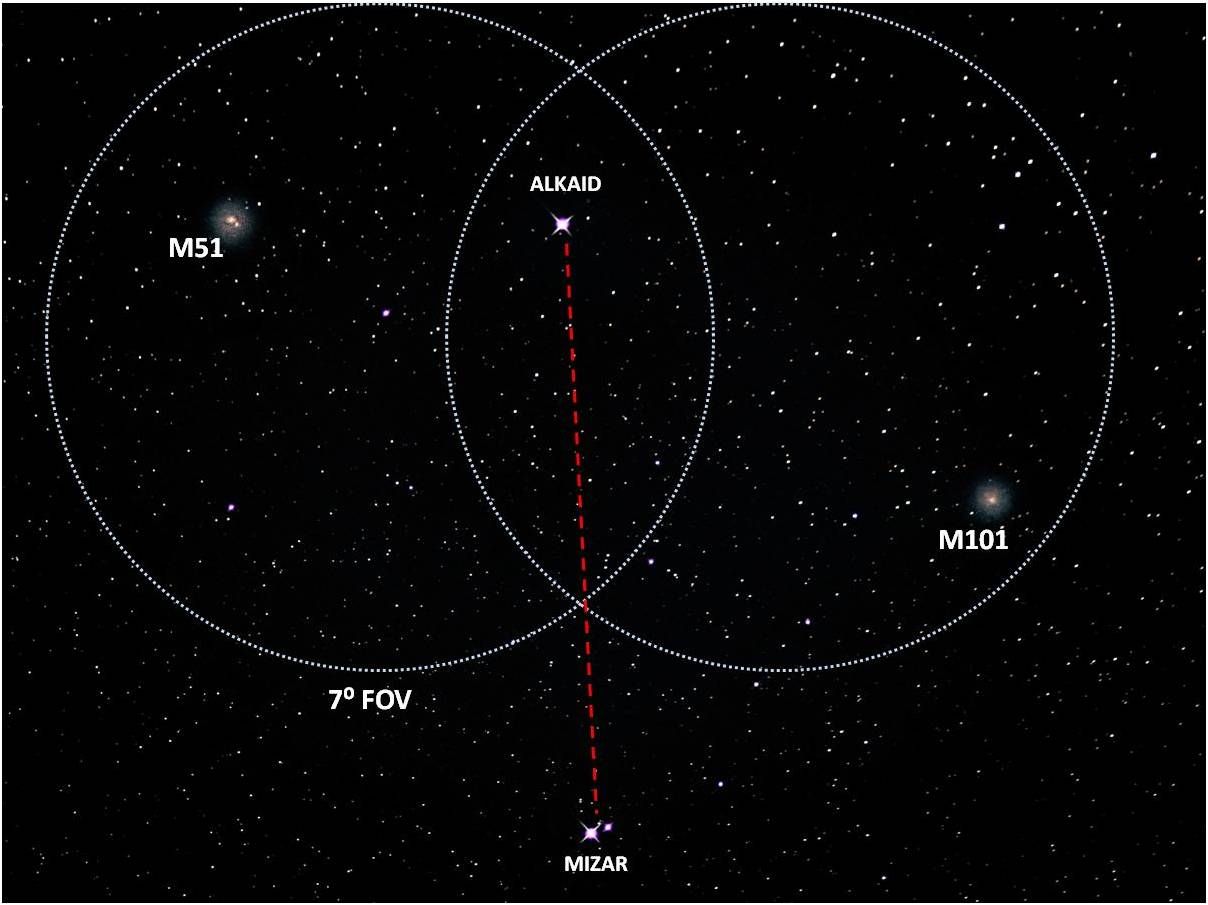 Alkaid is the star at the end of the Big Dipper's handle. Just a little East and West of this star lie two spiral galaxies, each visible in the same binocular field of view as Alkaid. Of course they do not appear as portrayed in astrophotographs; they are but mere tiny fuzzballs. But recognize that these fuzzballs are over 20 Million light-years away! Seeing them for the first time is akin to finding Mercury for the first time. But unlike Mercury, these objects require a dark site and your eyes to be dark-adapted. It's worth the effort