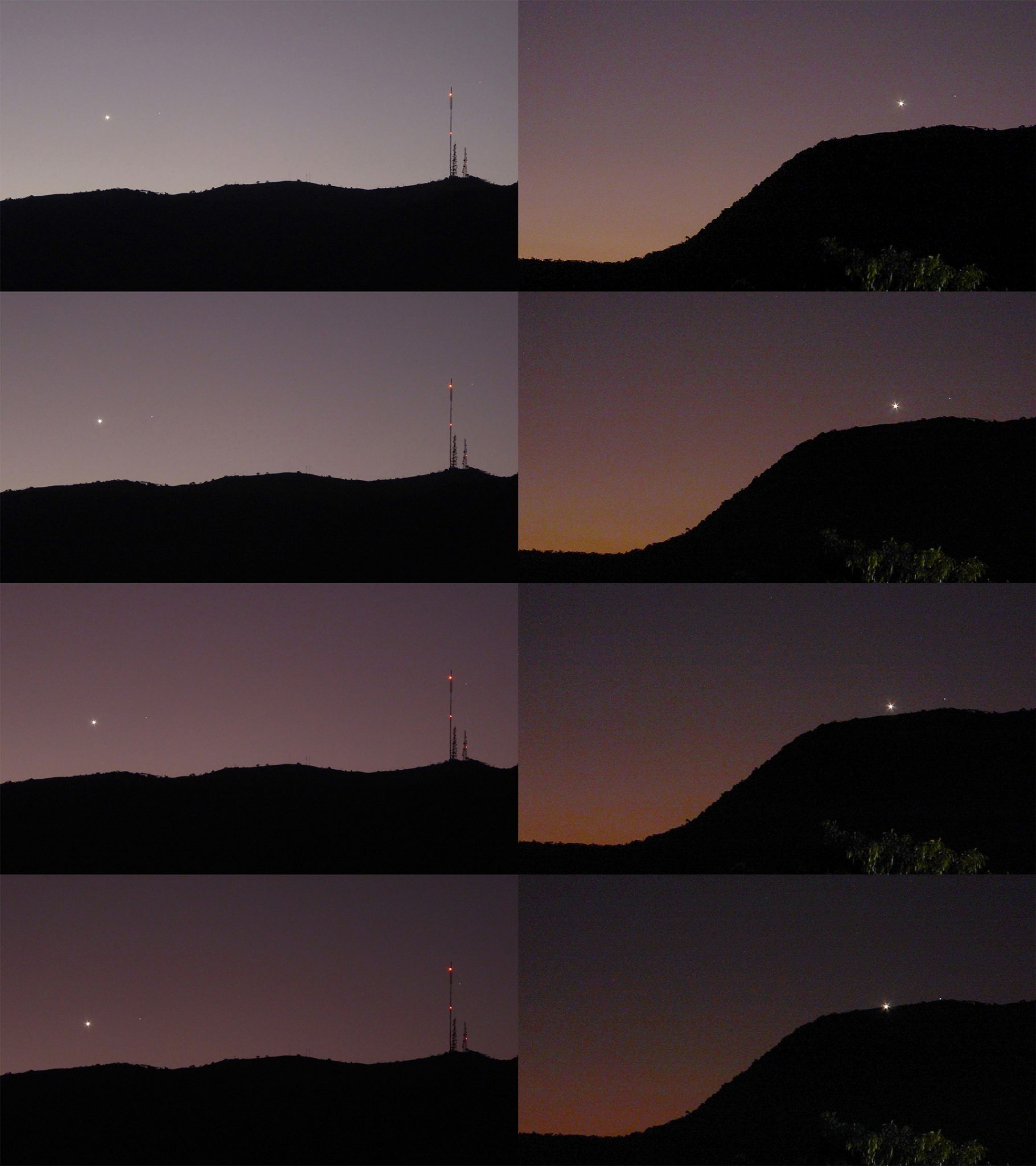 Venus and Elnath Setting at Twilight
Clear but slightly hazy sky on Friday evening provided an opportunity to watch Venus and the nearby bright ‘blue-giant’ star Elnath (Beta Tau) setting behind Transmitter Hill in deep sunset twilight. The photos used to compile the accompanying 8-frame mosaic and a 38-frame time-lapse animation were taken between 6.01 and 6.15 pm as the last light from sunset, which took place three quarters of an hour earlier, was fading. An interesting observation is that the inherent blue color of Elnath suddenly became more intense as it started to disappear below the treeline on the horizon as can be seen in the still image and last mosaic frame showing it setting. The two other stars faintly visible in the pictures which include the TV transmitter masts are Theta Auriga (top) and Nu Auriga below.