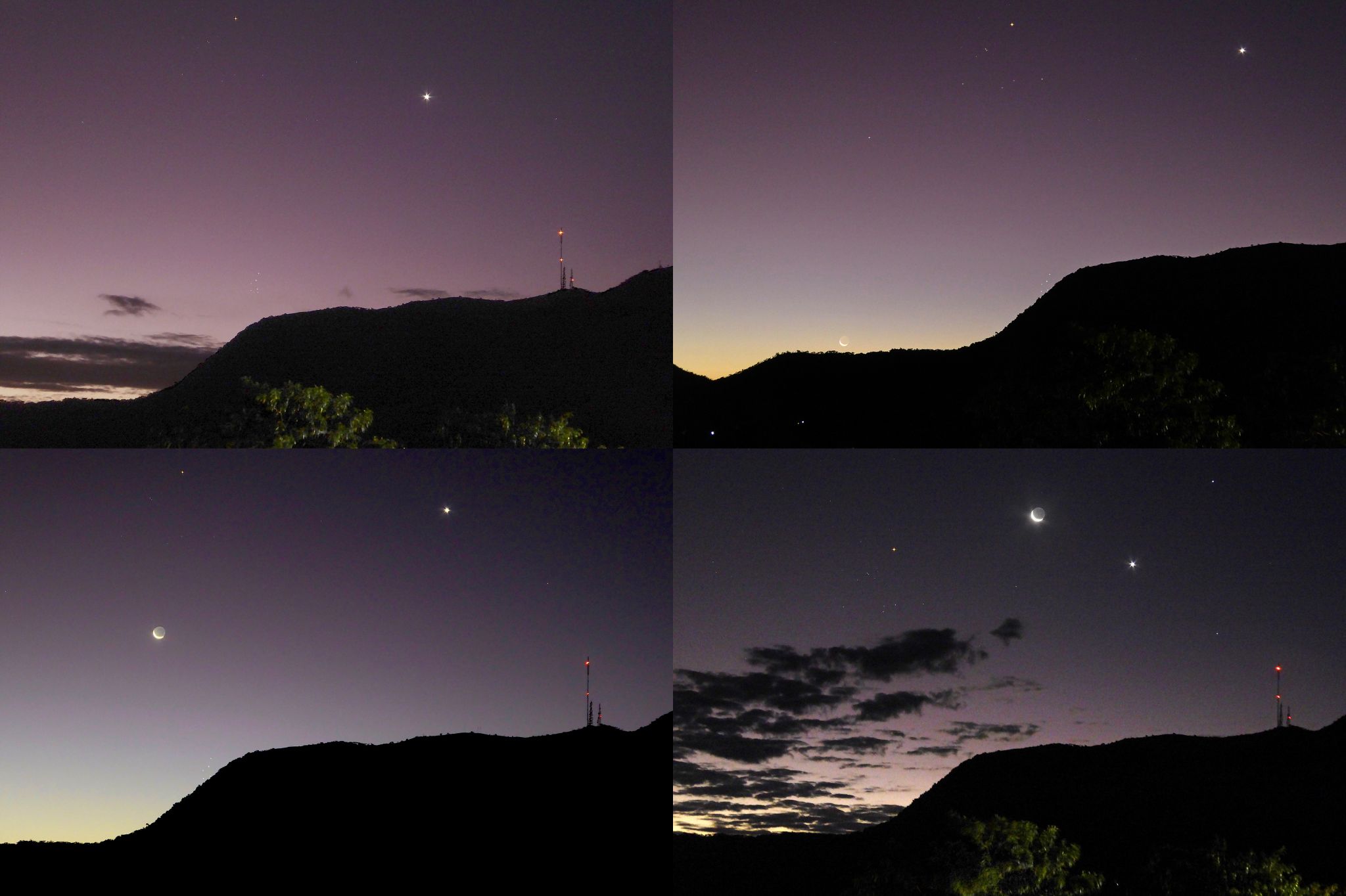 Venus, Aldebaran and Pleiades joined by the Young Moon.
During the past week Venus at maximum brightness, Aldebaran and the Pleiades have been joined by the Young Moon which appeared close to the horizon an hour after sunset on the 24th and has risen higher in the evening sky each day since then. This spectacular mosaic, which contains pictures taken at about a quarter past six each evening on the 20th, 24th, 25th and 26th, shows this happening in a sky tinted magenta to purple by the presence of stratospheric aerosols reflecting late sunset twilight glow. A rare combination of celestial beauty!