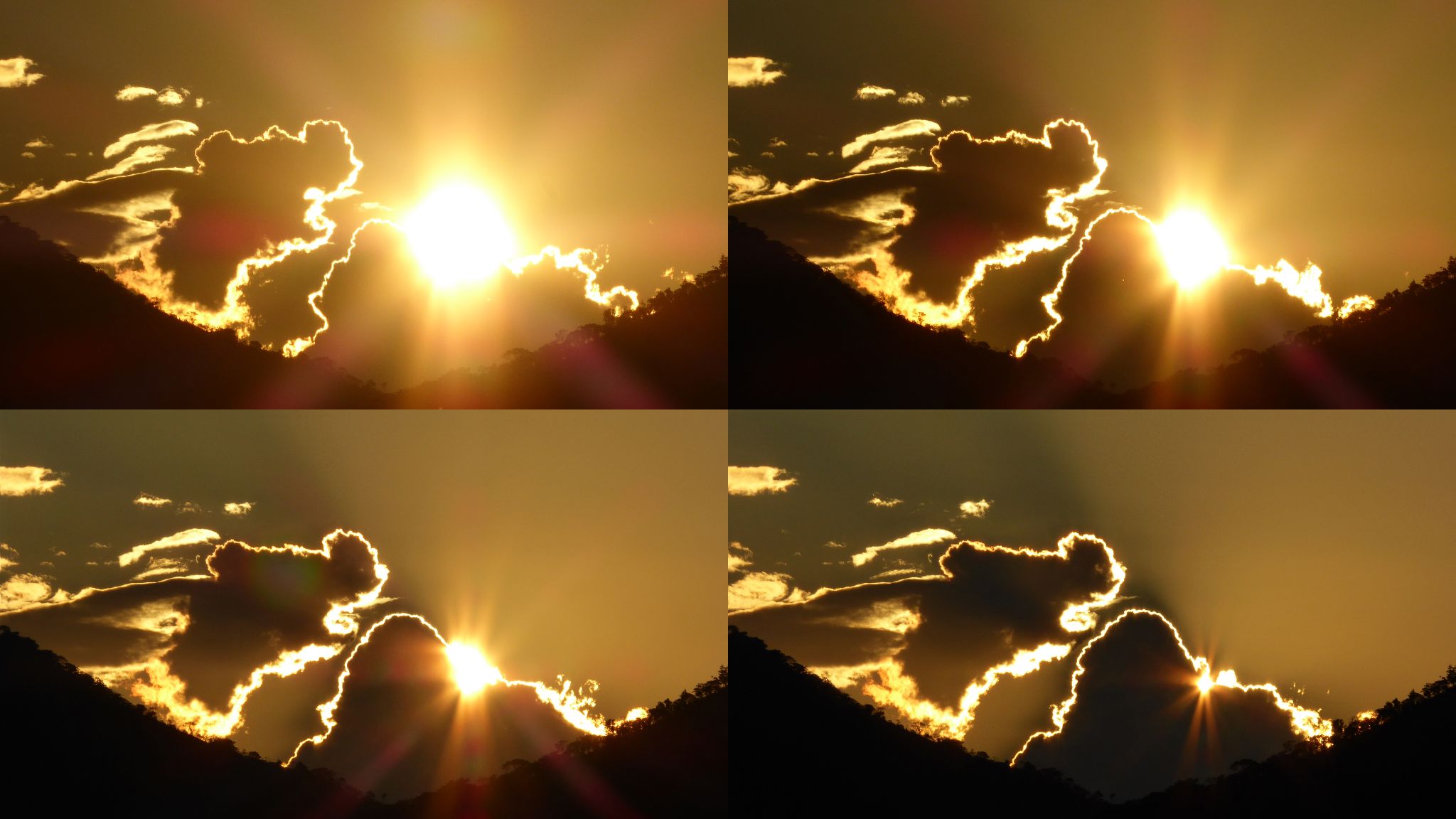 Pareidolic Cloud Sunset
Every year if the sky is clear on 27th August and 15th April the Spring or Autumn late afternoon Sun can be seen setting exactly behind Christmas Pass when viewed from my hilltop location in Murambi. Yesterday (16th April) the sunset at 5.25 pm was accompanied by the appearance of some Pareidolic Cumulus Clouds which appeared to encroach on and devour the setting Sun! This amazing spectacle was captured in a series of 25 still images taken with a tripod-mounted Panasonic Lumix DMC-TZ60 compact camera. The time-lapse sequence, which was captured in 90 seconds, was processed by cropping and registering all the images which were then used to produce the accompanying beginning, middle and end mosaic and a looped video animation which runs three times at x40, once at x20 and finally at x10 real-time speed at https://youtu.be/Tc8zJvDJ1wM A wonderful example of the psychological phenomenon Pareidolia that causes people to see patterns in a random or ambiguous visual pattern and assign human or animal characteristics to the perceived objects.