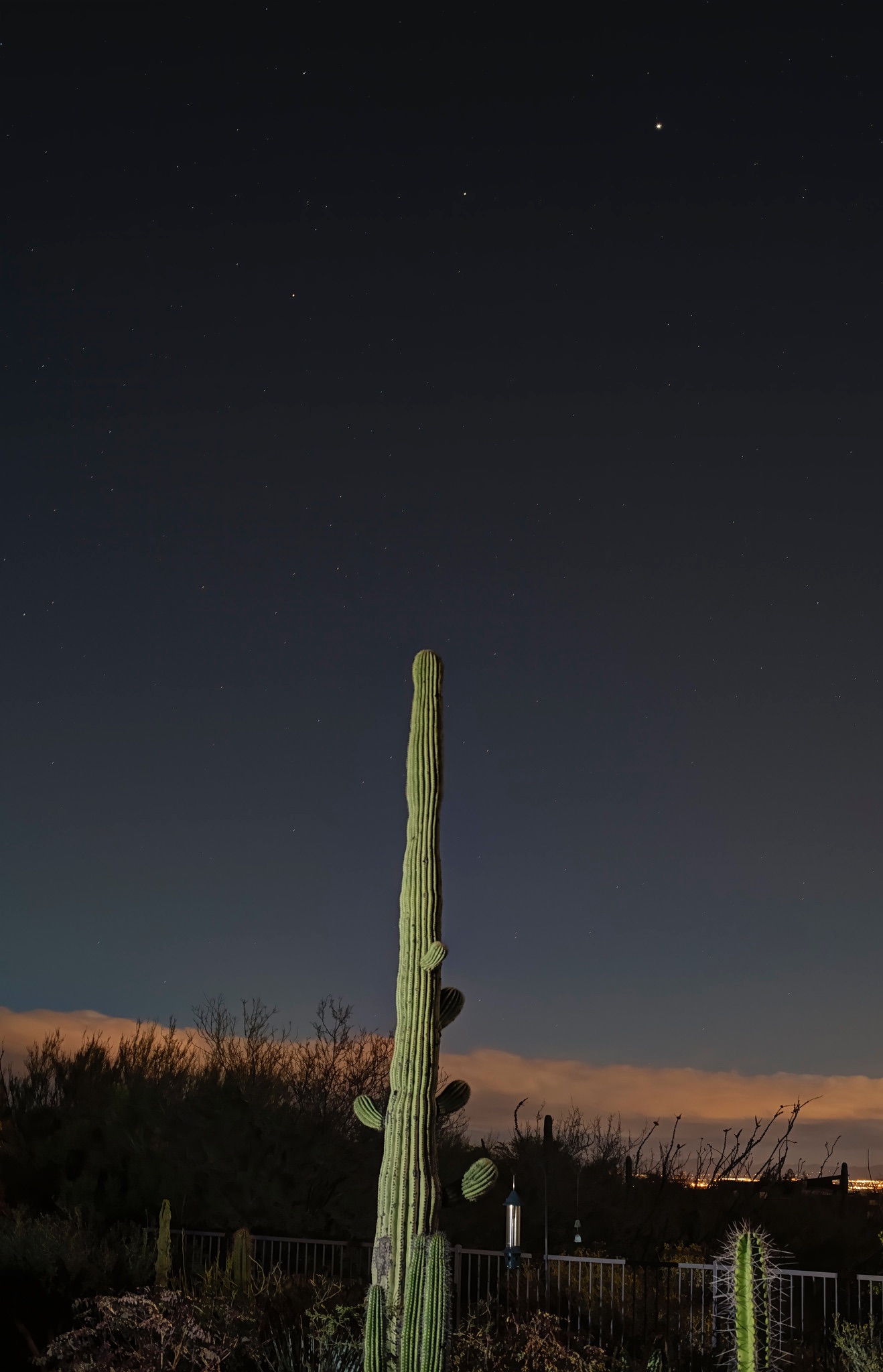 Saturn, Mars, Jupiter in Tucson AZ predawn- HDR version
Three planets is a nearly straight line. The foreground is lit with a video LED at a 90 degree angle at about 10 meters to get the shadow correct on the Saguaro. Captured at 5 am just as there was a little predawn glow but when the stars and planets were still visible. City of Tucson in background below.
Topaz AI software to reduce high ISO noise. This is a five exposure HDR that because of the time involved to acquire as slight elongation of the stars.