Scientists in New Zealand have announced the identification of two exceedingly rare spade-toothed beaked whales, which washed up on a New Zealand beach in 2010.

Scientists formerly knew the rare spade-toothed beaked whale – considered the rarest whale in the world – only from three partial skulls collected from New Zealand and Chile over a 140-year period. Now they realize that two whales of this rare species washed up on a beach in New Zealand, and died there, in 2010. No one recognized the whales at first, instead mistaking them for another whale species. Scientists have now set the record straight, reporting in the November 6, 2012 issue of the journal Current Biology. 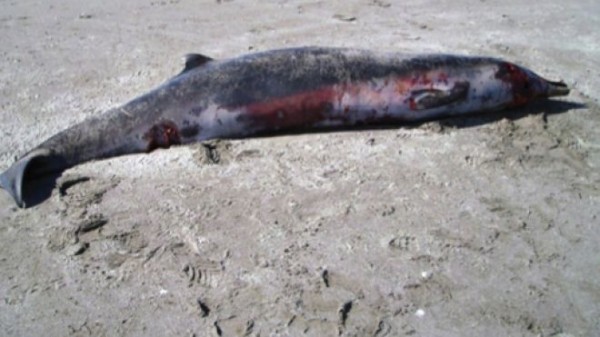 This is a spade-toothed beaked whale, considered the world’s rarest whale. Two of these whales – a mother and a calf – stranded and died on a New Zealand beach in 2010. Image via New Zealand Department of Conservation. 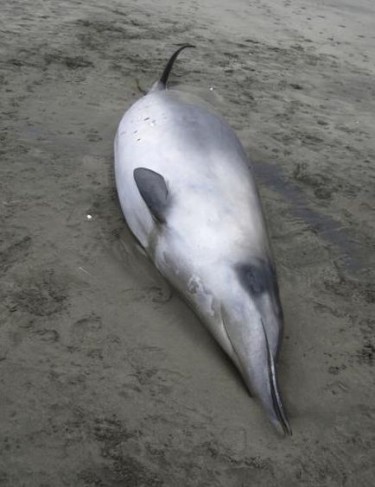 The two whales – a mother and a calf – washed up on Opape Beach in New Zealand in December 2010. They were alive at first, but became stranded on the beach and subsequently died. The New Zealand Department of Conservation photographed the two whales and took measurements, carrying away tissue samples. They thought the whales were the much more common Gray’s beaked whales species.

Scientists discovered the whales’ true identity as spade-toothed beaked whale (Mesoplodon traversii) following DNA analysis. The work was routine, part of a 20-year program to collect data on the 13 species of beaked whales found in New Zealand waters. They say the discovery is the first evidence that the spade-toothed beaked whale still roams Earth’s oceans, which are vast and still largely unknown. Plus, the scientists say, the discovery shows how important DNA typing and reference collections are for the identification of rare species.

Read more about the discovery of the world’s rarest whales at Phys.org 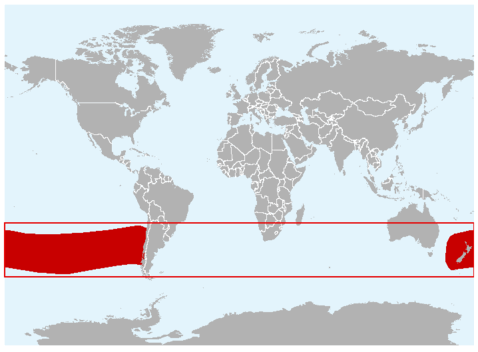 Possible range of spade toothed beaked whale. All known specimens stem from the South Pacific. Image via the Convention on Migratory Species