Wolf spiders may turn to cannibalism in a warming Arctic

Arctic wolf spiders’ tastes in prey might be changing. The changes could initiate a new cascade of food web interactions that could potentially alleviate some impacts of global warming.

Wolf spiders in a warming Arctic are getting bigger, reproducing more and eating different foods, including other spiders. The changes could initiate a new cascade of food web interactions that could potentially alleviate some impacts of global warming. That’s according to a study published May 5, 2020, in the peer-reviewed Journal of Animal Ecology.

The research, conducted at two sites in the Alaskan Arctic, suggests that as female wolf spiders become larger and produce more offspring, competition among them increases, triggering higher rates of cannibalism and reducing the number of young spiders that survive to adulthood.

Washington University biologist Amanda Koltz is first author of the new study. She said in a statement:

Although cannibalism is probably not the best dietary choice for these spiders, our field and experimental data suggest that when there are lots of spiders around, they turn to cannibalism more frequently. It’s likely a reflection of increased competition among the spiders for resources. 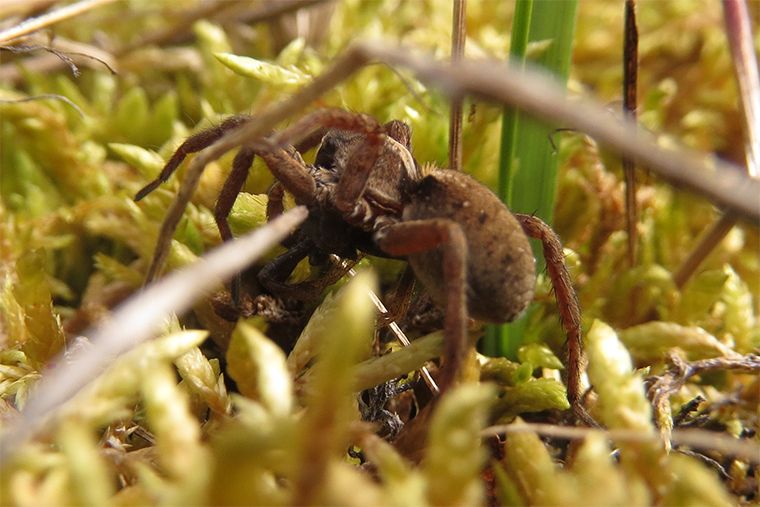 Wolf spiders are among the most important predators in the Alaskan Arctic. Image via Ashley Asmus/ Washington University.

Animals such as spiders that regulate their body temperature externally are particularly likely to experience changes as a result of warming. In some areas of the Arctic, biologists have found that wolf spiders are bigger following years with longer summers. This suggests that as climate change continues to warm up the Arctic, wolf spider body sizes will generally become larger.

At the same time, female spiders tend to produce more offspring as they become larger, so bigger spiders might translate to more spiders in the future. But whether this change actually results in more spiders in the wild remains an important question. Koltz said:

Space and resources on the tundra are finite. 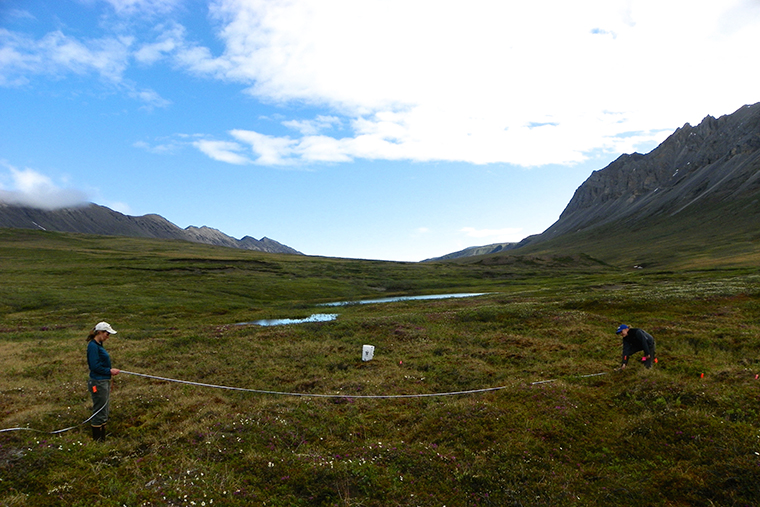 The researchers setting up spider traps at a field site in Alaska. Read more about how the researchers conducted the new study here. Image via Nick LaFave/ Washington University.

The dietary shift was consistent with what a shift toward cannibalism would look like, Koltz said, suggesting that where spiders were larger – and reproductive rates higher – spiders cannibalized each other more often. This idea was further supported by the experimental results.

Bottom line: According to a study, wolf spiders in a warming Arctic are getting bigger, reproducing more and eating different foods, including other spiders. The changes could initiate a new cascade of food web interactions that could potentially alleviate some impacts of global warming.

Source: Impacts of female body size on cannibalism and juvenile abundance in a dominant arctic spider