Wisdom is back again! 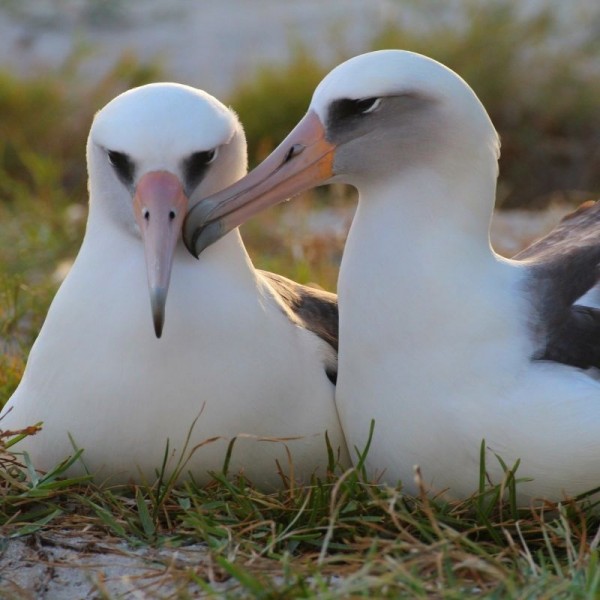 Wisdom and mate, 2015, via U.S. Department of the Interior

The world’s oldest known banded bird in the wild returned to Midway Atoll National Wildlife Refuge – the world’s largest nesting albatross colony – on November 19, 2015. It was almost a year to the day she returned last year. Wisdom was spotted with her mate, shown above. She’s 64. Refuge Manager Dan Clark said on the U.S. Fish and Wildlife Service’s Tumblr page:

In the face of dramatic seabird population decreases worldwide –70% drop since the 1950’s when Wisdom was first banded – Wisdom has become a symbol of hope and inspiration.

We are a part of the fate of Wisdom and it is gratifying to see her return because of the decades of hard work conducted to manage and protect albatross nesting habitat.

Wisdom left soon after mating but we expect her back any day now to lay her egg. It is very humbling to think that she has been visiting Midway for at least 64 years. Navy sailors and their families likely walked by her not knowing she could possibly be rearing a chick over 50 years later. She represents a connection to Midway’s past as well as embodying our hope for the future.

Read more about Wisdom on the USFWS Tumblr page, or at the website of the U.S. Department of the Interior.

Bottom line: Wisdom has returned to Midway Atoll in 2015!