Carlotta weakened as made landfall on Mexico’s coast

At least two children are reported to have died after Carlotta destroyed a clay house Friday night in Pluma Hidalgo.

Carlotta – the first named storm of the 2012 eastern Pacific Ocean hurricane season – has made landfall on the southwestern coast of Mexico. It brought wind and rain to Puerto Escondido, a coastal resort popular with surfers and other travelers, then pushed northward toward Acapulco. CNN is reporting that at least two children died after Carlotta destroyed a clay house Friday night in Pluma Hidalgo, Mexico. According to preliminary reports, Carlotta ripped off the roofs of homes and caused widespread power outages and small landslides. The extent of the damage will be more clear once daylight comes, authorities said, but the storm was not as strong as some feared. 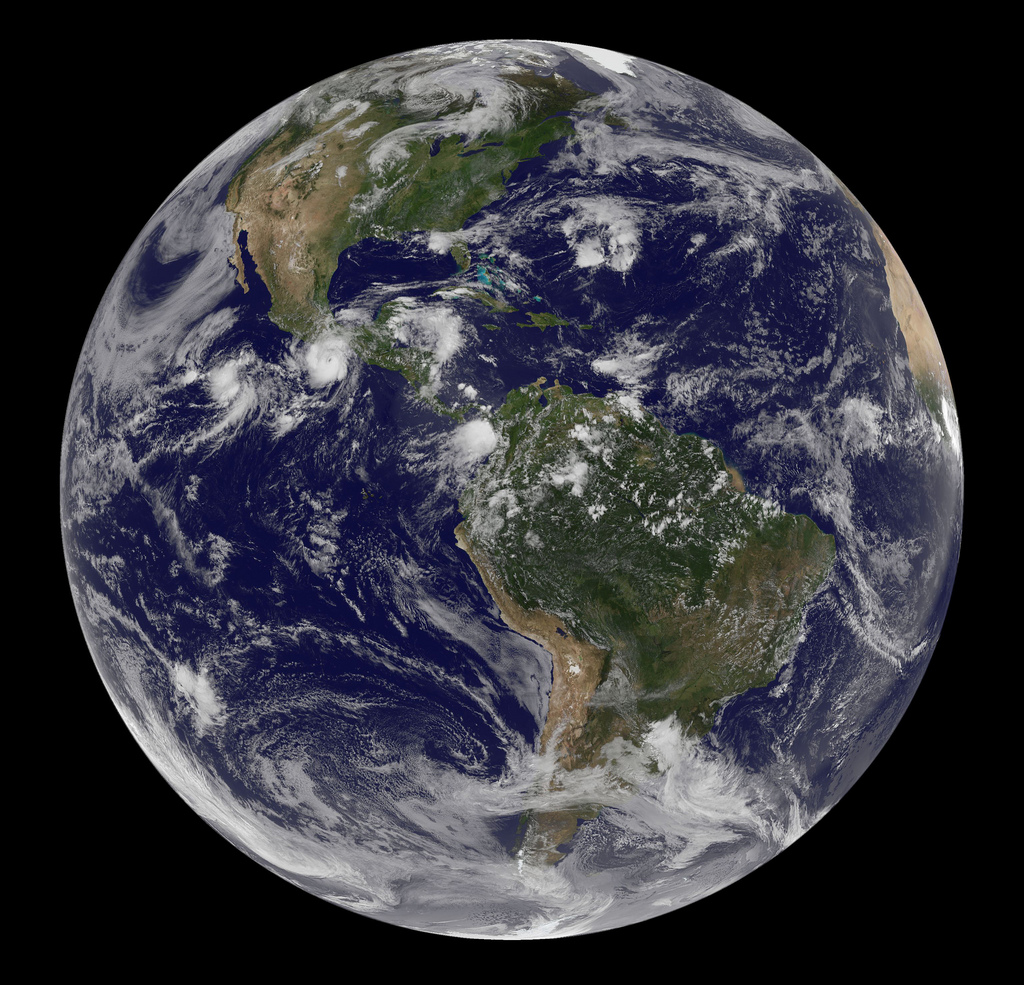 Hurricane Carlotta was a Category 2 storm as it neared the southwestern coast of Mexico on June 16, 2012. In this image, look for the hurricane just above and to the left of the junction between North and South America. Image Credit: NASA/NOAA GOES Project 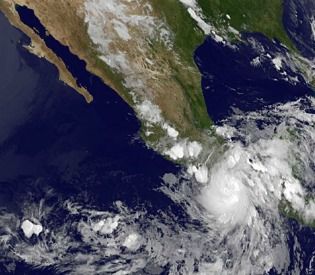 Rain was falling in Acapulco, but authorities lifted a hurricane warning for the resort late Friday and replaced it with a tropical storm warning. Some party-goers will still visiting the resort city’s popular clubs during the storm, according to AP.

NASA’s Geostationary Operational Environmental Satellite (GOES-13) acquired the image above of Carlotta on Friday. During the day on Friday, Carlotta became a powerful Category 2 hurricane, but then it weakened again to a Category 1 storm. EarthSky weather blogger Matt Daniel, who posted at EarthSky about Carlotta yesterday, said in an email last night that Carlotta was producing maximum sustained winds of 105 mph. Later, however, he said:

Fortunately, looks like it is on a weakening trend as the eye has collapsed on itself.

Bottom line: Hurricane Carlotta weakened as it made landfall in the resort town of Puerto Escondido, Mexico lats night (June 15, 2012). It then pushed northward to Acapulco. Heavy rains resulting in flooding and landslides were expected to pose the biggest threats. At least two children are reported to have died after Carlotta destroyed a clay house Friday night in Pluma Hidalgo.