Will your summer will be full of mosquitoes?

Now that it’s summer in the Northern Hemisphere, our thoughts turn to … mosquitoes! Here’s some handy info from a biologist. 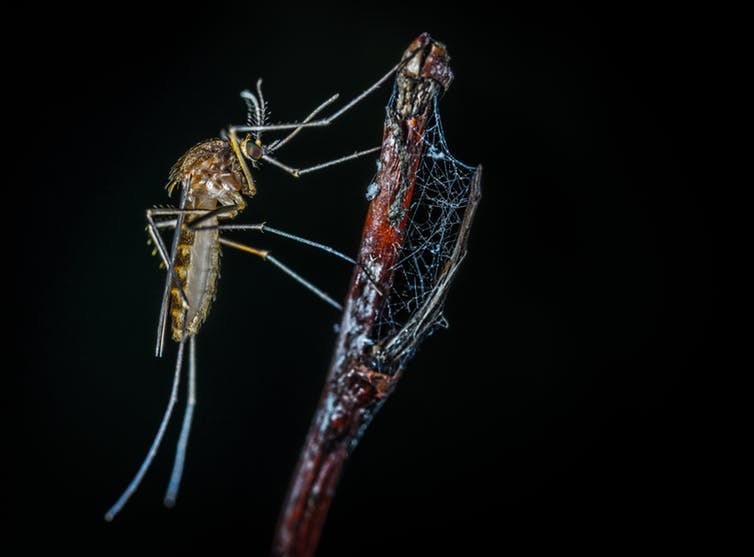 The tiny mosquito can be a big summer nuisance. Image via Pexels.

As you pack your bags for the cottage or campground this weekend, don’t forget to bring light clothes with long sleeves – and a truckload or two of insect repellent.

Spring has come and gone, so welcome to mosquito season.

How much we enjoy summer in North America depends a lot on how many mosquitoes there are waiting for us outside. Their bites are itchy and their drone annoying, but there’s also concern that mosquitoes carrying dangerous diseases are knocking on our door.

So what makes some years worse than others?

Is it a good year for mosquitoes?

You don’t have to be an entomologist (a.k.a. an insect scientist) to notice that the mosquito population size can vary from year to year and place to place.

Last June, I couldn’t set foot outside my Ottawa home without being bitten. Meanwhile, Winnipeg was experiencing its lowest mosquito count in four decades.

This year is far from mosquito-free, but I can at least enjoy peace for about 10 minutes before they find me.

What causes mosquito populations to balloon and shrink? In short, it’s a combination of weather and climate – mosquitoes are very sensitive to their environment. 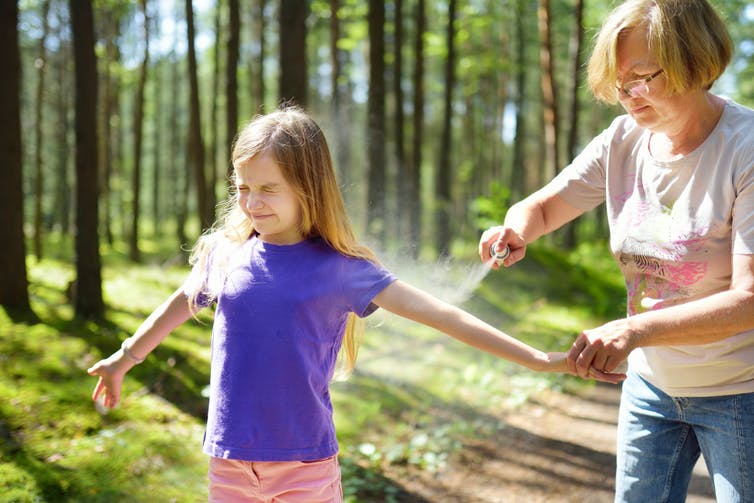 Will your weekend be itchy or not? Image via Shutterstock.

Temperature and rainfall are two major predictors of mosquito abundance, and this is for a good reason: These two factors have a massive effect on their survival and ability to reproduce.

How much it rains at one time, when it rains, how long a cold or warm spell lasted and when it happened all matter when it comes to predicting what kind of mosquito season lies ahead.

Mosquitoes, like most insects, are cold-blooded, or ectothermic. Unlike us, their body temperature closely matches the temperature of the environment (air or water) around them. If it is cold outside, they are cold. If it is warm outside, they are warm. Any time spent outside of their comfort zone can slow or stop their development or even cause them to be injured and die.

In order for most mosquito larvae to grow, temperatures need to be above a threshold, which varies, depending on the species, but is typically around seven to 16 degrees Celsius (45 to 60 degrees Fahrenheit).

Since the larvae are entirely aquatic, they also need a source of standing water (like your flower pot) that will remain until they are ready to emerge as adults.

This means cold or dry conditions that hit at the right time during larval development in the spring or summer can drastically reduce the number of adult mosquitoes looking for a meal a week or two later.

We love to hate mosquitoes, but the vast majority of mosquito species do not directly impact our lives.

Mosquitoes, like most insects, are outrageously diverse: There are more than 3,000 species of mosquitoes buzzing about on this planet, and only a handful of those species actively hunt humans.

And even then, only female mosquitoes feed on blood. The much more reasonable males instead drink flower nectar.

Unfortunately, some of these mosquito species are also far from being just a mild annoyance, as they can carry dangerous diseases. In Canada and the United States, we often hear about the threat of West Nile virus, which is carried by local mosquito species and can lead to serious health complications like coma and paralysis in a minority of cases.

One of the best predictors of West Nile infection rates in Ontario is the minimum temperature reached during February. If the coldest temperatures in February are warmer than usual, more people become infected with West Nile virus during the summer months.

In tropical regions, people instead contend with malaria, yellow fever, dengue, chikungunya and Zika viruses. These viruses are all spread by mosquitoes, are severely debilitating and cause hundreds of thousands of deaths each year.

When Hurricane Harvey hit Texas in September 2017, the flooding increased the mosquitoes’ breeding habitat. So, the state sprayed 240,000 hectares (927 square miles) around Houston to help prevent an increase in mosquito-borne disease.

The fact that mosquitoes carry these diseases, rather than the mosquitoes themselves, led the Gates Foundation to label mosquitoes the deadliest animals on the planet.

Two of the worst offenders for spreading disease are the yellow fever mosquito (Aedes aegypti) and the Asian tiger mosquito (Aedes albopictus), which typically live in tropical and subtropical regions where it stays warm and humid. The range of these mosquitoes also extends well into the continental U.S., particularly in the southern and eastern states. However, they simply cannot survive northern climates with long and cold winters.

Suitably low winter temperatures typically keep tropical and subtropical insect species from becoming permanently established in areas closer to the poles with cold winters. Over the past few decades, however, climate change has led to documented changes in insect distribution patterns, including the collapse of southern range limits of bumblebees and the northward movement of many insect ranges.

As winters become more mild, the northern limits of mosquito ranges may also be shifting. Movement of the northern range limits are thought to happen because milder winters allow species that can’t usually hack it in the cold to squeak through winter alive, reproduce and establish themselves in a new location. 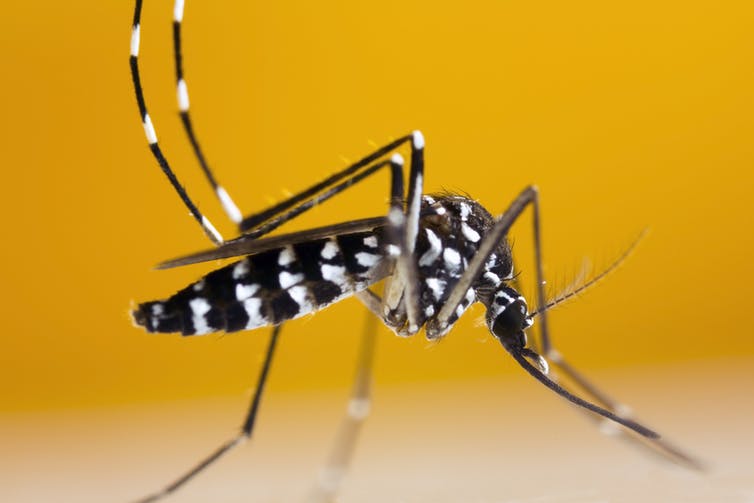 The Asian tiger mosquito, which can transmit the Zika virus, has been spotted in southern Ontario in Canada. Image via Shutterstock.

Mosquito trapping programs are active around the globe, precisely because monitoring and responding to mosquito populations is critical to global health. In the last few years (2016-2018), adults of both the yellow fever mosquito and the Asian tiger mosquito were found in Windsor, Ontario (near the southernmost point of Canada), which suggests that these dangerous vectors could be a serious health concern in northern climates in the future.

Thankfully, none of the individual mosquitoes caught in Windsor have tested positive for any viruses.

In an era of climate change, it’s increasingly essential that we understand what environmental factors determine where insects can and will live, and how well they do. Understanding how insects respond to climate is absolutely critical to our food security and global health.

Only when we are armed with this information can we accurately predict the spread of invasive agricultural pests or disease vectors, like the bloodsucking mosquitoes that even entomologists despise.

Bottom line: Information on mosquitoes from a biologist.