When the wet season begins in November, Christmas Island’s iconic land crabs march towards the sea to spawn. Climate change could put a stop to it.

Christmas Island, a territory of Australia, is famous for its bright red land crabs that put on a migratory spectacle each year when the rainy season arrives. When the wet season begins in November, Christmas Island’s iconic land crabs march towards the sea to spawn. But a change in rainfall patterns due to climate change could delay or even cancel their annual journey to spawn along the island’s beaches. In a study published in the November 2013 issue of Global Change Biology, scientists reviewed 36 years of migration data, looking for correlations between spawning events and rainfall. They found evidence that changes in normal seasonal cycles could harm the crab population by delaying, or even stopping their annual spawning event. This, in turn, could affect the ecosystem of the island and surrounding sea.

The brilliant red land crabs of Christmas Island spend most of their time in the forest. But each year, cued by the start of the wet season that begins with November rain, millions of crabs journey en masse to spawn along the island coastline. These migrations create stunning scenes of crabs scurrying with great determination from the forest towards the sea, even swarming across streets and braving traffic. (Fortunately, the Australian government has taken steps to minimize road casualties, as shown in the video below.)

At the beach, male crabs, that began their journey in advance of the females, dig burrows that they protect from competing males. When the females arrive, mating takes place in the burrows, then the males return to the forest, leaving the females to incubate the eggs. About two weeks later, during the last quarter moon, in the pre-dawn hours as the high tide turns, females release their eggs into the sea. (The timing of the last quarter moon is important because there is a smaller difference in sea level between high and low tide at the beach, making it safer for females to deposit their eggs without themselves being washed out to sea with their eggs.)

The eggs hatch upon contact with salt water and the crab larvae begin their initial growth stage in the ocean. After releasing their eggs, female crabs return to resume their lives in the forest.

Meanwhile, young crab larvae spend their time at sea growing into tiny versions of their parents. A month later, they clamber onto land in great swarms, heading into the forest to begin new lives on land. 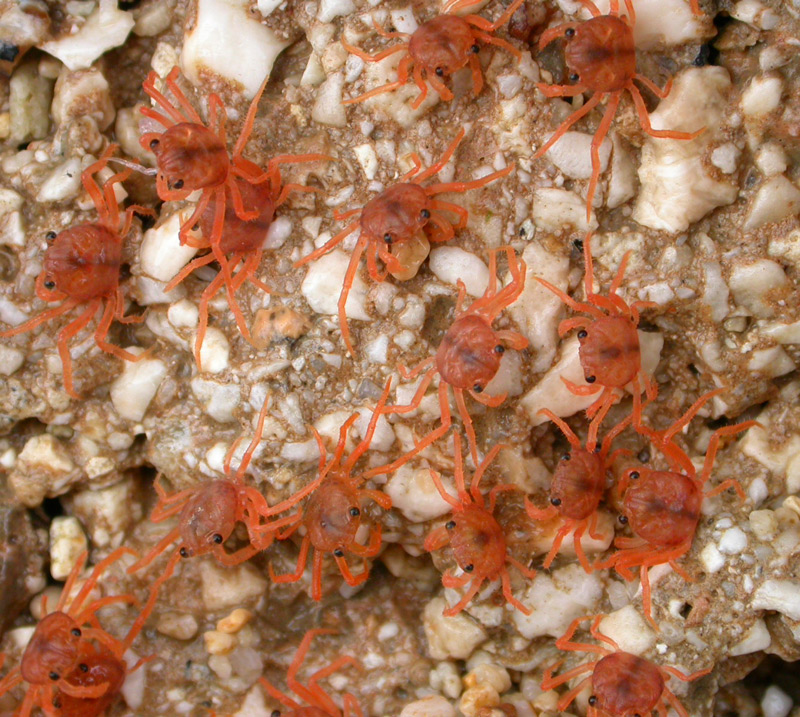 Red crabs depend on regular seasonal changes for their reproduction. As climate change progresses, these seasons will become more unpredictable, affecting the future of these crabs. In their paper published in Global Change Biology, authors Allison Shaw, formerly of Princeton University and now at the Australia National University, and Kathryn Kelly at the University of Washington, studied 36 years of crab migration data and seasonal conditions. They found a link between the timing of rainfall that ushered the wet season and crab spawning events. If precipitation was light or arrived later than usual, it could delay spawning. In 1989, the rain didn’t arrive as expected in November but came as a heavy deluge in late December; this triggered a spawning event in early January. Severely dry conditions in 1997 due to El Niño, a global climate pattern that created drought conditions in countries of the Indian Ocean, resulted in no spawning activity at all.

Red crab migration on Christmas Island. Millions of crabs emerge from the forest at the start of the rainy season in November. Studies suggest that if the rainy season does not begin on time, the crabs may delay or even cancel their spawning season. Image credit: Allison Shaw.

Said Shaw in a press release:

We know that 1997 was a very big El Niño event and we can predict changes in migration patterns by using climate models that suggest that El Niño frequencies will potentially increase in the future. So, years like this could potentially become more common. If the crabs’ response is to not migrate in El Niño years, that’s going to be a very big problem.

If they don’t migrate, they can’t reproduce. That’s true for a subset of migratory species that have to breed in a specialized area, but spend most of their adult lives in a different area. They rely on migration to bring them between the two areas that they need. On the other hand, species like many temperate birds migrate to avoid harsh winters, but if winters become less harsh they can still survive even if they don’t migrate.

Changes in the spawning timeline creates a ripple effect in the local ecosystem on land and at sea. During their journeys back and forth, red crabs feed on vegetation, preventing the overgrowth of plants. Whale sharks, that are filter feeders, migrate to the waters off Christmas Island in December to feed on crab larvae. Said Shaw, in the same press release:

Migratory species by definition are traveling either long distances or spanning across different ecosystems. The crabs migrate from terrestrial areas to drop their eggs in marine environments.

Because they’re spanning these ecosystems, they have the potential to impact not only marine environments and species such as the whale sharks, but also terrestrial species and forest dynamics. If you took away migratory species you could potentially be affecting multiple ecosystems. 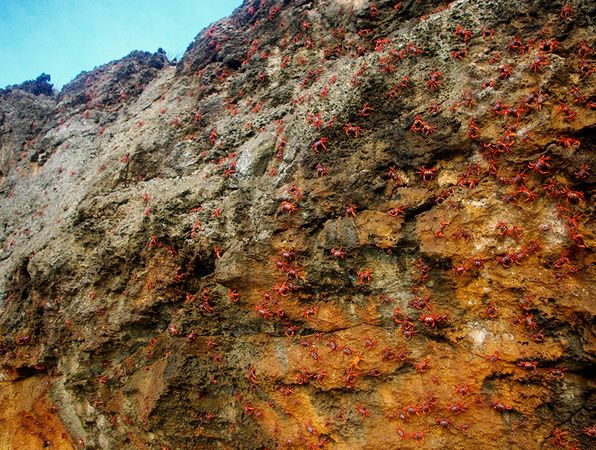 Studies about the impact of climate change on animal migration have mostly been conducted in temperate areas where seasonal changes come in the form of more extreme summer-winter conditions. Little work has been done in the tropics where, while there’s little temperature fluctuations through the year, wet-dry seasons greatly influence ecosystems. In Africa, for instance, the movement of wildebeests and gazelles in search of food, and the timing of their reproduction, is driven by wet and dry seasons. Disruptions in tropical seasonal cycles and its effect on on wildlife is not well-understood. Shaw commented:

Targeting those two types of migration patterns that have so far been understudied is really what we’re hoping to accomplish with this paper, and to encourage more studies in those areas. 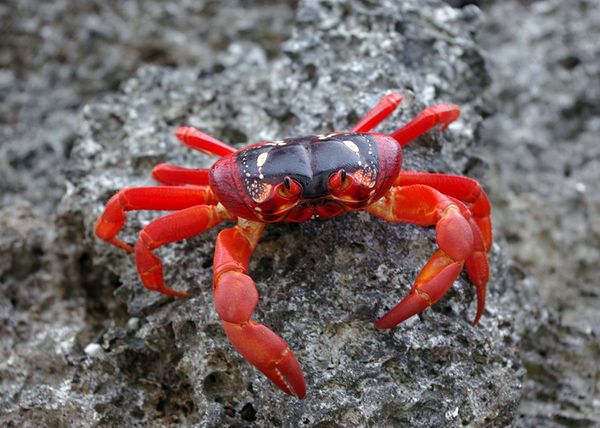 Bottom line: Red crabs of Christmas Island spawn at the start of the wet season when it begins to rain in November. However, changes in the regular cycle of wet-dry seasons in this tropical island due to climate change could disrupt the breeding cycle of these crabs. In a study of records documenting 36 years of crab migration, scientists have found that red crab spawning can be delayed, even canceled, in a given year if there isn’t adequate rainfall or if the wet season arrives late. Besides the impact on crab reproduction, such changes also disrupt the land and ocean ecosystems of Christmas Island.