Why so many (or so few) species?

Scientists assumed that, the longer time a group of organisms has to evolve, the more species there will be in that group. New research suggests this isn’t necessarily so.

Daniel Rabosky at the University of Michigan and colleagues have been exploring an underlying and very profound question about biodiversity, the variety of life in our world. That is, why are some groups of organisms so much more diverse than others? This question is sometimes spoken about as nature’s inordinate fondness for some creatures, a turn of phrase attributed to the geneticist and evolutionary biologist J.B.S. Haldane. Haldane wrote in his 1949 book What is Life?:

The Creator would appear as endowed with a passion for stars, on the one hand, and for beetles on the other, for the simple reason that there are nearly 300,000 species of beetle known, and perhaps more, as compared with somewhat less than 9,000 species of birds and a little over 10,000 species of mammals. That kind of thing is characteristic of nature.

Chart is part of a case study called Why So Many Beetles? from evolution.berkeley.edu

Those estimates of animal diversity have been updated since Haldane’s book. But the question remains. Why is nature so inordinately fond of some creatures in contrast to others? Why are there so many species of beetles, for example, in contrast to other creatures? A common assumption has been that the longer time a group of organisms has to evolve, the more species there will be in that group. The research by Rabosky and colleagues shows that’s not necessarily true.

Dr. Rabosky – who is with the University of Michigan Department of Ecology and Evolutionary Biology and Assistant Curator of the Museum of Zoology – published online in the journal PLOS Biology on August 28 2012 on this question. Rabosky worked with Graham Slater, who is also at the University of Michigan, and Michael Alfaro of the University of California at Los Angeles. These scientists use a newly published tree of life to examine patterns of diversity across groups (known as clades) of Eukaryotes (multicellular organisms), which included more than 1.2 million species of protists, fungi, plants, arthropods, birds, reptiles and mammals. 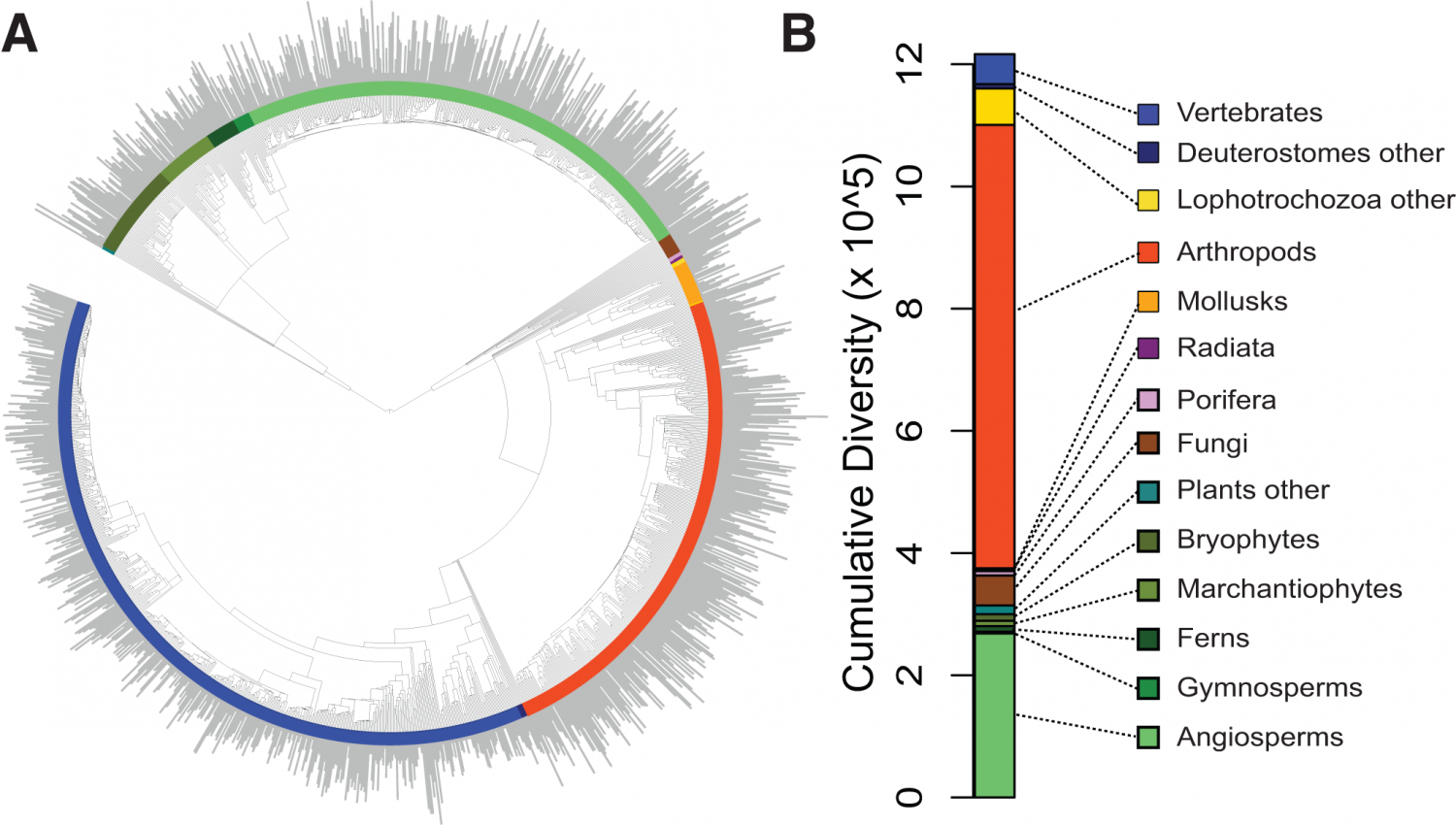 This diagram – from Rabosky’s paper – is a time-calibrated tree of life, showing 1,397 clades of multicellular eukaryotes. Click here to expand. Beetles are part of the phylum Arthropoda, for example. For more detail, see Rabosky’s paper.

They looked at the common assumption used in many mathematical models of how new species evolve: that the longer amount of time a clade of organisms has to evolve, the more species within that clade there will be. Since beetles have been around much longer than birds, for example, it makes sense that there are more species of beetles if that assumption is true.

But, more evolutionary time also means more time for extinctions. And to make the matter more complicated, not all habitats are suitable for a large number of species. For examples, few species inhabit Earth’s polar regions, while the tropics abound with diversity.

If you add climate variability through time and space (the tropics don’t vary as much in temperature as the poles) to the other factors controlling the evolution, it becomes clear that time might not be the only factor explaining why some clades – like the monocot flowering plants – are hyper-diverse (about 70,000 species) and some groups like Monotremes, the egg-laying mammals, have only five species.

Using modern genetic techniques and advanced statistical methods, Rabosky and his team show that there is no evidence that older groups have more species than younger clades across the 1,397 groups they analyzed. The authors report that this pattern is observed across organisms “as diverse as ferns, fungi and flies”, and it is very difficult to predict what groups will have the most (or fewest) species simply based on clade age.

Ecological and environmental changes through time are likely factors, but this study shows we still have a lot to learn about why there is such a huge range in the diversity of different Eukaryote groups. 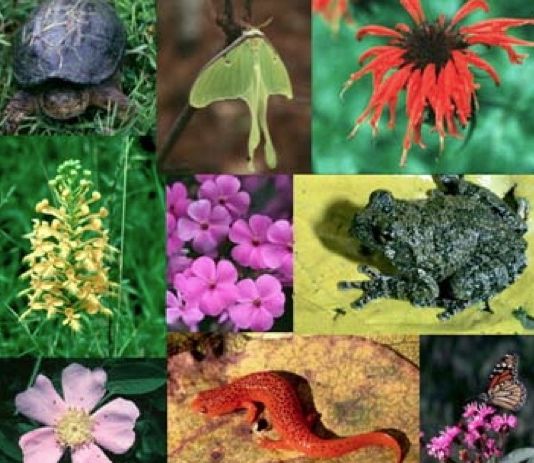 Bottom line: Daniel Rabosky and his colleagues analyzed the entire multicellular tree of life and show that – contrary to previous assumptions – the evolutionary age of a group does not predict the number of species in that group. They suggest that a new way of thinking about how species evolve within group may be needed. This question in biology is sometimes referred to as nature’s inordinate fondness for some creatures, a phrase attributed to geneticist and evolutionary biologist J.B.S. Haldane.

Read the original paper: Clade Age and Species Richness Are Decoupled Across the Eukaryotic Tree of Life