Why pandas are black and white 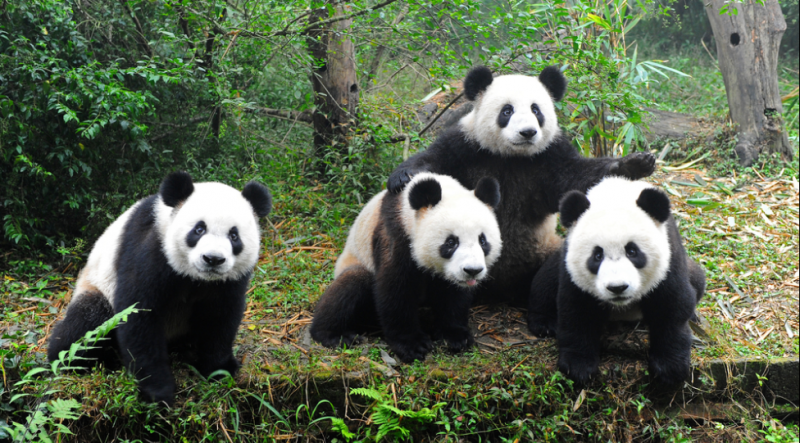 Image via All About Animal Wildlife

Why are giant pandas black and white? According to a new study, the panda’s distinct black-and-white markings have two functions: camouflage and communication. The study, published February 28, 2017 in Behavioral Ecology, is by a team of University of California scientists who previously studied why zebras have black-and-white stripes.

Tim Caro, a professor in the Department of Wildlife, Fish and Conservation Biology at University of California/Davis, is the study lead author. He said in a statement:

Understanding why the giant panda has such striking coloration has been a long-standing problem in biology that has been difficult to tackle because virtually no other mammal has this appearance, making analogies difficult. The breakthrough in the study was treating each part of the body as an independent area. 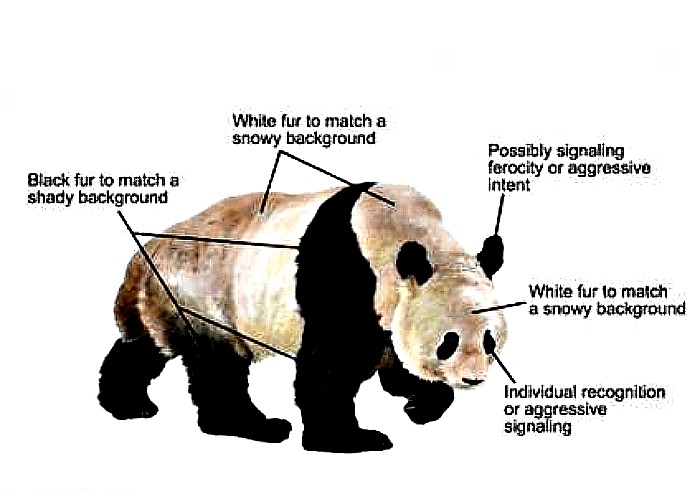 The team compared different regions of fur across the giant panda’s body to the dark and light coloring of 195 other carnivore species and 39 bear subspecies, to which it’s related. Then they tried to match the darkness of the fur regions to various ecological and behavioral variables in order to determine their function.

The study found that most of the panda — its face, neck, belly, rump — is white to help it hide in snowy habitats. The arms and legs are black, helping it to hide in shade.

The scientists suggest that this dual coloration stems from its poor diet of bamboo and inability to digest a broader variety of plants. This means pandas can never store enough fat to go dormant during the winter, as do some bears. So it has to be active year-round, traveling across long distances and habitat types that range from snowy mountains to tropical forests.

But, the scientists say, the markings on the panda’s head are not used to hide from predators, but rather to communicate. Dark ears may help convey a sense of ferocity, a warning to predators. Their dark eye patches may help them recognize each other or signal aggression toward panda competitors. 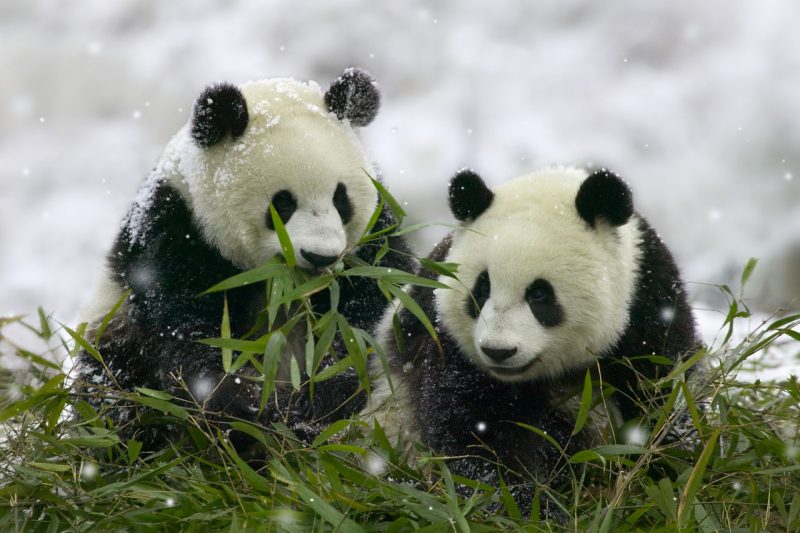 Image via All About Animal Wildlife.

Read more from the University of California at Davis