Why freshwater organisms survived the asteroid that killed the dinosaurs

An asteroid impact caused the extinction of most dinosaurs and half of ocean-dwelling species. Meanwhile, life in inland freshwater ecosystems largely survived. Why?

Roughly 65.5 million years ago, a massive asteroid smashed into present-day Chicxulub, Mexico. The impact set fire to Earth’s surface. Dust and ash darkened the sky, sending the planet into an impact winter that lasted months to years and caused the extinction of non-avian dinosaurs and half of ocean-dwelling species. However, life in inland freshwater ecosystems largely escaped this fate. To try to understand why freshwater organisms held on while ocean life failed, a team led by Douglas S. Robertson at the University of Colorado, Boulder surveyed relevant research to understand how the mechanisms of extinction would have operated differently in the two environments. They published their research in the Journal of Geophysical Research: Biogeosciences on July 11, 2013. 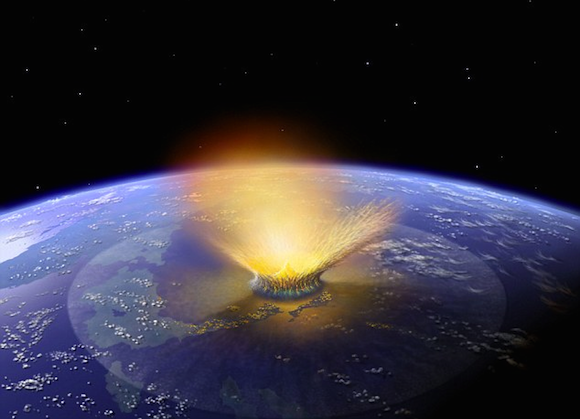 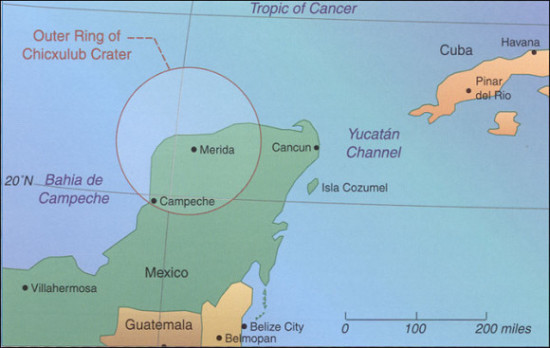 According to the team’s findings, life in rivers and lakes, as well as the oceans, would have been protected from the initial blast of heat from the asteroid impact. Previous research suggests that the heat would have evaporated the upper half-centimeter (0.2 inches) of water, but that temperatures at depth would have been largely unaffected.

In the impact winter that followed, however, a lack of sunlight would have stalled photosynthetic production. Without photosynthesis, the decomposition of existing organic matter could have caused widespread hypoxia (a deficiency in the amount of oxygen reaching the tissues of water creatures). In addition, the veil of dust and ash would have caused temperatures to drop.

Though all of these mechanisms would have operated in both the oceans and inland waterways, Robertson and his team propose that biological adaptations and differing physical processes could have made freshwater ecosystems more resilient — an argument supported by fossil evidence previously gathered in Montana’s Hell Creek formation. They hypothesize that freshwater organisms, often accustomed to annual freeze-thaw cycles and periodic hypoxia, would have held up better to the impact winter conditions. Fast-flowing river water could have reoxygenated inland waterways. Furthermore, groundwater seeps could have kept freshwater ecosystems warm and supplied with organic matter.

And, even in normal conditions, many freshwater organisms have dormant stages, including eggs or adults buried in mud, that allow them to await the return of more clement conditions. Since the Chicxulub impact winter only lasted from 6 months to 2 years, the authors suggest that these differences could have helped freshwater species hold on until the sky cleared.

Bottom line: A variety of biological adaptations and differing physical processes could have made freshwater ecosystems more resilient to the planet-wide extinction event that apparently occurred just over 65 million years ago, when a large asteroid struck Earth. The same extinction event killed most dinosaurs and half of ocean-dwelling species.