Why do birds sing?

Birds spend a lot of time and energy singing, but they don’t do it the same way in every season of the year. And some can’t sing at all. What’s the purpose of birdsong? 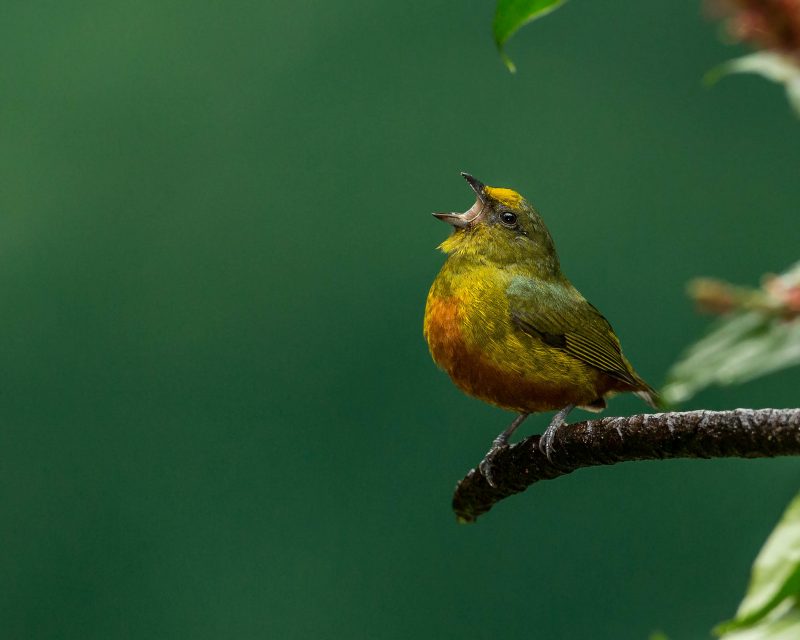 By David Steadman, University of Florida

Birds are some of the most attractive creatures on earth. Who doesn’t like to watch a blue jay, cardinal or Baltimore oriole going about its business?

But the beauty of birds isn’t just their looks – it’s also their noises. Bird songs are among nature’s most distinctive and musically satisfying sounds. Why do birds spend so much time and energy singing?

There are two main purposes, and they are connected. First, male birds sing to mark territories. A singing bird is saying, “This place is mine, and I’m willing to defend it, especially from others of my species.” He may patrol his chosen space and sing often, either from the middle or the edges of what he considers his turf.

The second purpose of singing is to attract a mate for nesting. Female birds often choose their mates based on some blend of visual and vocal cues. Even male birds with beautiful breeding-season plumage can have trouble finding mates if their songs don’t measure up.

Each bird species typically has its own unique song. That allows an individual bird to hear a song and recognize whether the singer is from its own species.

Birds are most vocal during nesting season. For example, in Florida where I live, cardinals live year-round. They usually start singing in January, just a few weeks after the days begin to get longer. After the nesting period is over, birds sing much less and their territories break down.

Birders can learn to recognize different bird species by memorizing the sonic patterns of their songs.

Many species of North American birds migrate with the seasons instead of staying in one place all year. As they fly south in the fall, they make little “chip” notes or “contact calls” that allow them to stay in touch with other birds.

In many species only male birds sing, but in others, both males and females sing. And some birds don’t sing at all. For example, vultures and storks can barely produce any sound – let alone something musical enough that we would call it a song.

Learning to identify birds by their songs is as much fun as spotting them by sight. In fact, good ears are often as important as good eyes in appreciating the birds you encounter. Take off your headphones and listen to your neighborhood birds – especially when they are active in the morning or evening. You’ll be surprised by what you hear.