Which insects have the worst stings?

Some of the most painful stings come from tarantula hawk wasps, warrior wasps, and bullet ants. 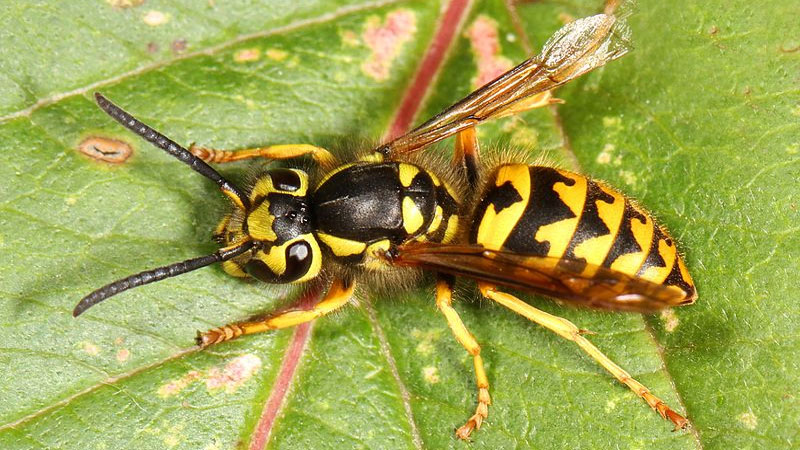 In the name of science, entomologist Justin O. Schmidt has allowed himself to be stung by a multitude of insects in the order Hymenoptera, which includes bees, wasps, ants, and sawflies. He has used his data to create the Schmidt Sting Pain Index, which rates the relative pain of the stings on a scale from 1 (mild pain) to 4 (extreme pain). Schmidt’s original index, from 1983, rated only one example of pain level 4, the sting of the bullet ant. Schmidt described the sting as

… pure, intense, brilliant pain … like walking over flaming charcoal with a three-inch nail embedded in your heel.

Schmidt has repeatedly refined his scale. One of his latest scientific papers, published in July 2019 in the journal Toxins, lists tarantula hawk wasps, warrior wasps, and bullet ants among the insects with the worst stings. Schmidt described the sting of the warrior wasp as:

Torture. You are chained in the flow of an active volcano. Why did I start this list?

Yikes! The things people do for science! 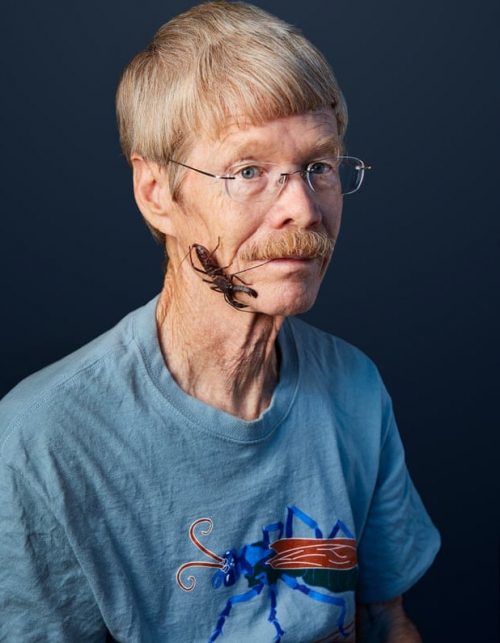 Schmidt suggests that the venom of insect species that induce intense pain, but are not lethal, may be useful for the development of pharmaceuticals such as pain relievers.

Insect venom contains a variety of biomolecules such as peptides, which are only a few amino acids in length, and proteins that are made up of longer chains of amino acids. Many insects produce venom solely as a defense mechanism, whereas other insects use venom both for defense and to capture and subdue prey. For example, bees are largely herbivorous (vegetarian) and only use venom to deter predators and deal with threats from other species. Several ant species, on the other hand, use venom both as a defense mechanism and to subdue their prey.

Because pain can have both objective and subjective attributes, ranking the pain of insect stings has proven to be a notoriously difficult task. The scale that Schmidt uses is grounded in the humble grade 2 sting of the honey bee (Apis mellifera). Once an investigator has experienced the sting of the honey bee, they then proceed to rank the stings of other insects relative to that of the honey bee. The scale ranges from 1 for mild pain to 4 for extreme pain. The investigators either let themselves get stung serendipitously by the insects in the field during collections, or else they induce the insect of interest to sting the underside of their forearm.

The 2019 Toxins paper ranks the painfulness of 96 stinging insects. Among the insects with the worst stings – a rank of 4 – were tarantula hawk wasps, warrior wasps, and bullet ants. You can view the full list for free here (just click on the box in the paper to open up Table 1).

I was personally surprised to see that yellowjacket wasps were only rated as a 2 on the pain scale. Recently, I was stung on the hand by a yellowjacket while picking up pile of leaves in my backyard, and the pain struck me as being much more intense than my memory of a honey bee sting. However, Schmidt does emphasize that these ranks are groups and the sting pain can vary somewhat for different species within the same group. I would love to hear your impressions of the pain scale based on your insect stories, so please leave a comment if you can spare the time. Thankfully, I have never been stung by any species that ranked as 3 or higher. Have you?

Justin Schmidt works at the Southwestern Biological Institute in Arizona. In 2015, he and Michael Smith won an Ig Noble Prize – a satirical award in the sciences – for their entomology research. His popular science book The Sting of the Wild, which was published in 2016, is a great place to learn more about his forays into the realm of insect venom. In it, you can find his personal descriptions of the pain in addition to the numbers.

Besides the personal fascination that insect stings elicit, the venom could be useful for the development of new pharmaceutical compounds. According to Schmidt, insect venoms have been understudied in comparison to the venoms of snakes, scorpions, spiders, and mammals, and thus, more research on such venoms would be valuable.

Bottom line: By letting himself be stung, Justin O. Schmidt – originator of the Schmidt pain scale – discovered that tarantula hawk wasps, warrior wasps, and bullet ants have some of the most painful insect stings.

Source: Pain and Lethality Induced by Insect Stings: An Exploratory and Correlational Study