Where noon comes just once a year

At Earth’s South Pole, high noon happens only once a year, on the December solstice. And meanwhile, the North Pole is getting its only midnight. 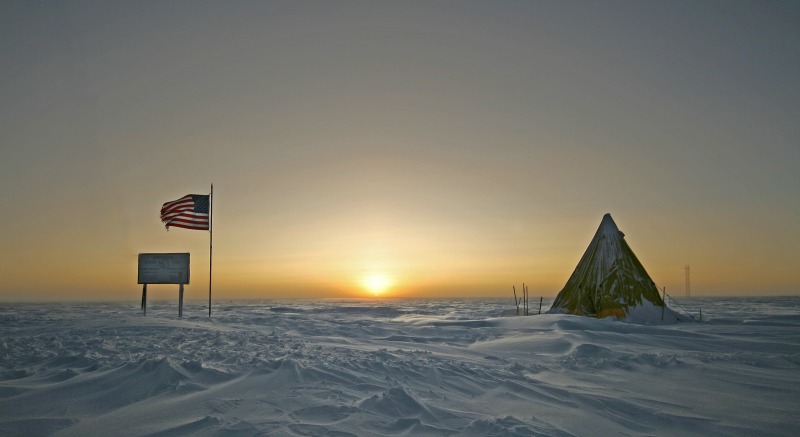 Question: Where on Earth does noon only come once a year?

Answer: At the North and South Poles, and it happens on the summer solstice.

That’s if we define “day” by successive noons (successive sunsets, successive midnights or successive sunrises). Using that definition, a day lasts a year at the North and South Poles. Sunrise comes every year around the spring equinox, noon at the summer solstice, sunset around the autumnal equinox and midnight at the winter solstice.

Meanwhile, it’s the December winter solstice for the Northern Hemisphere, so it’s midnight at the other end of the world, at the Earth’s North Pole. According to the definition of “day” above, midnight comes only comes once a year at the North and South Poles. 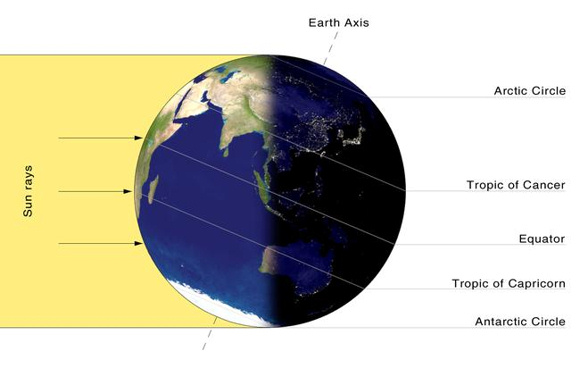 At the December solstice, the sun is shining at zenith (straight overhead) at the tropic of Capricorn, at which moment it is noon at the South Pole and midnight at the North Pole.

Bottom line: At the North and South Poles, sunrise comes at the spring equinox, noon at the summer solstice, sunset on the autumn equinox and midnight at the winter solstice.