According to the recent IPCC Special Report, warming of 1.5°C (2.7°F) is an important threshold for many climate impacts. What might our planet look like with 1.5°C of warming? 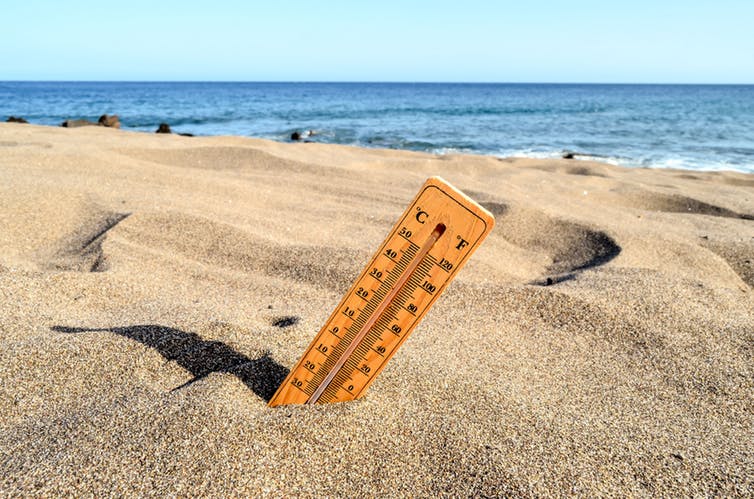 By Richard Betts, University of Exeter

The high ambition of the Paris Agreement, to limit global warming to “well below 2 degrees C”, was driven by concern over long-term sea level rise. A warmer climate inevitably means melting ice – you don’t need a computer model to predict this, it is simple common sense.

As temperatures rise, sooner or later much of the world’s glaciers will become water, which will end up in the ocean. With enough warming, ice sheets could also begin to melt irreversibly. Also, water expands as it warms. Although the full impact will take a long time – centuries or more – the implications of even only 2 degrees C (3.6 degrees F) warming for low-lying coastal areas and island states are profound. This is why, in Paris, the world agreed to “pursue efforts” to go further, and limit warming to 1.5 degrees C (2.7 F) above pre-industrial levels.

“Pre-industrial” is not always well-defined, but is often taken as 1850-1900 since that is when accurate measurements became widespread enough to estimate global temperature change. By the 1980s, when scientists first warned about the risks of climate change, the world had already warmed by around 0.4 degrees C (.7 degrees F). Things have accelerated since, and while year-to-year changes show downs as well as ups, the general ongoing trend is upwards. Latest data from the Met Office shows 2016 is expected to be 1.2 degrees C (2.1 degrees F) above pre-industrial levels – the hottest year ever recorded.

Not much different … at first

Depending on climate sensitivity and natural variability, we could conceivably see the first year above 1.5 degrees C (2.7 degrees F) as early as the late 2020s – but it is more likely to be later. In any case, the first year above 1.5 degrees C above pre-industrial temperatures will not represent what a world that warm looks like in the longer term.

During that year we’d expect some extreme weather events somewhere in the world, as happens every year. Some of these heatwaves, heavy downpours or droughts may well have become more likely as part of the changing climate. Others, however, may not have changed in likelihood. Teasing out the signal of climate change from the noise of natural variability is hard work. 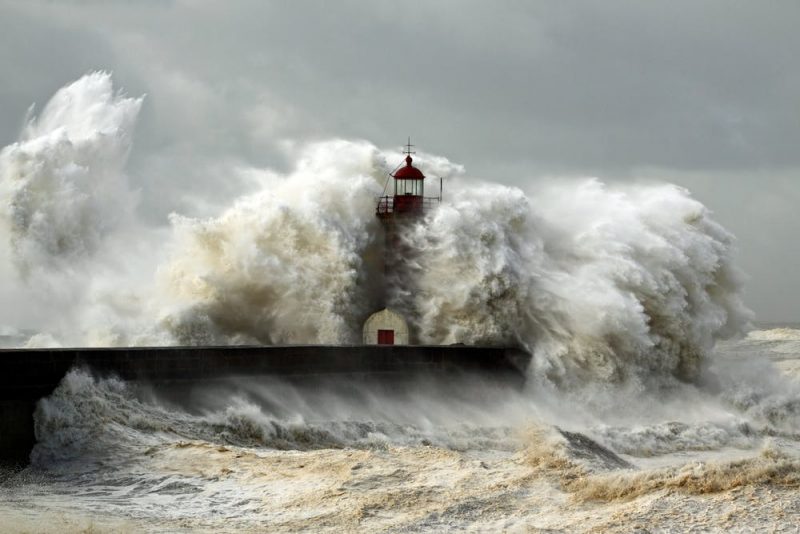 It’s hard to say how much climate change is responsible for any individual storm. Image via Zacarias Pereira da Mata/Shutterstock/The Conversation.

But there will be some places which do not yet see major impacts in that first year, that nevertheless will have become more likely to be affected. The “loaded dice” analogy is rather clichéd, but nevertheless useful – even a pair of loaded dice will not roll a double six every time, just more often than normal dice. So while the chances of an extreme heatwave, for instance, may have increased by the time we exceed 1.5 degrees C, it may not necessarily occur in that year.

Furthermore, some impacts such as sea level rise or species extinctions will lag behind the change in climate, simply because the processes involved can be slow. It takes decades or more to melt glaciers, so the input of extra water to the oceans will take time.

None of this should lull us into a false sense of security, however. While rising seas or biodiversity losses may not be obvious in the first year above 1.5 degrees C, some of these changes will probably be already locked in and unavoidable.

The impacts of increased carbon dioxide do not just come from its effects as a greenhouse gas. It also affects plant growth directly by enhancing photosynthesis (“CO2 fertilization”), and makes the sea less alkaline and more acidic. “Ocean acidification” is unhealthy for organisms which make calcium in their bodies, like corals and some forms of plankton. All other things being equal, CO2 fertilization could be viewed to some extent as “good news” as it could help improve crop yields, but even so, the implications for biodiversity may not all be positive – research has already shown that higher CO2 benefits faster-growing species such as lianas, which compete with trees, so the makeup of ecosystems can change. 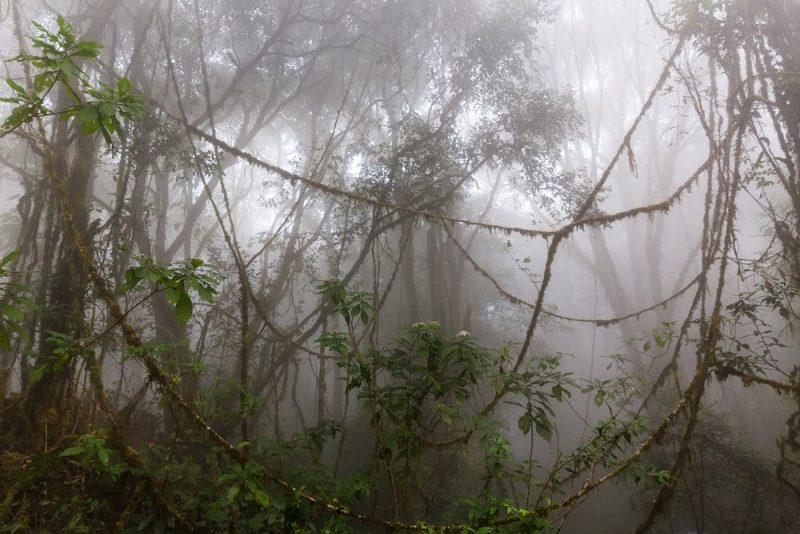 The extent to which a 1.5 degrees C world will see these other impacts depends on the still-uncertain level of “climate sensitivity” – how much warming occurs for a given increase in carbon dioxide. Higher sensitivity would mean even a small rise in CO2 would lead to 1.5°C, so fertilization and acidification would be relatively less important, and vice versa.

Impacts of staying at 1.5°C

There is a huge debate about whether limiting warming to 1.5 degrees C is even possible or not. But even if it is, limiting global warming will itself have consequences. I’m not talking here about potential economic impacts (whether positive or negative). I’m talking about impacts on the kind of thing we are trying to protect by minimizing climate change itself, things like biodiversity and food production.

In scenarios that limit warming at 1.5 degrees C, net CO2 emissions would have to become negative well before the end of the century. This would mean not only stopping the emission of CO2 into the atmosphere, but also taking huge quantities of it out. Large areas of new forest and/or large plantations of bioenergy crops would have to be grown, coupled with carbon capture and storage. This will require land. But we also need land for food, and also value biodiverse wilderness. There is only so much land to go round, so difficult choices may be ahead.

So while the Paris Agreement ramped up the ambition and committed the world to trying to limit warming to 1.5 degrees C, we should remember that there is much more than a single number that is important here.

It would be naive to look at the climate in the first 1.5 degrees C year and say “Okay, that’s not so bad, maybe we can relax and let the warming continue”. It’s vital to remember that at any given level of global warming, we have not yet seen the full impacts of it. But nor have we seen the impacts of holding back warming at low levels. One way or another, ultimately the world is going to be a very different place.

Bottom line: What will the world actually look like at 1.5 degrees C of warming?