How does fog form?

Fog forms when the air cools and water vapor condenses.

Many people think fog is beautiful and soothing. On the other hand, want your horror movie to seem creepy? Roll in the fog. And when you see the ghostly fog swirling around the tombstones, remind yourself: This spooky stuff is a natural weather phenomenon that happens when cooling temperatures cause water molecules in the air to slow down and condense. The condensed water then forms numerous tiny water droplets that remain suspended in the air for a period of time, and this is what we call fog. Being in fog is like walking through a cloud. 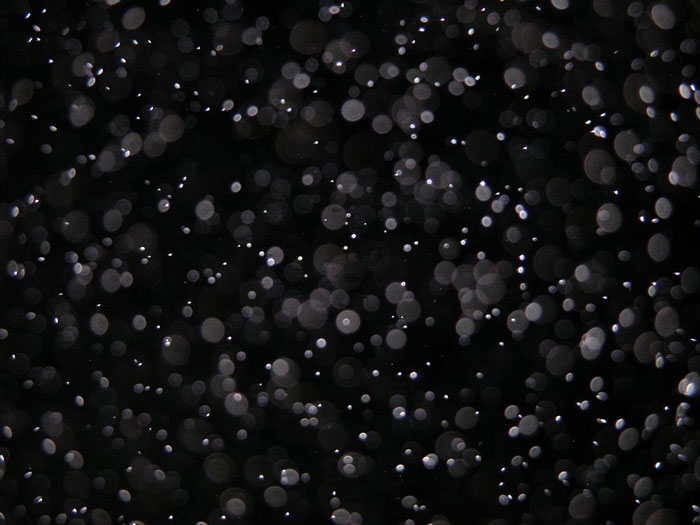 There are different types of fog such as radiation fog and advection fog. Radiation fog is the most common type, and it typically develops late in the year on unusually warm, moist days when the Earth radiates its stored heat into the night and the cooling is sufficient to cause condensation. Advection fog forms when the wind drives a warm, moist body of air over a cooler surface such as lake water or snow, which induces the condensation. While radiation fog is stationary, advection fog flows horizontally across the ground.

There are also other types of fog – such as valley fog, which happens when denser, cooler air on mountaintops sinks into valleys and collects there; hail fog, fog that emerges after hail; and freezing fog, fog that forms when the temperature at the surface is below freezing – all of which form by a similar mechanism, namely, the condensation of water following the cooling down of a warm, moist air mass. 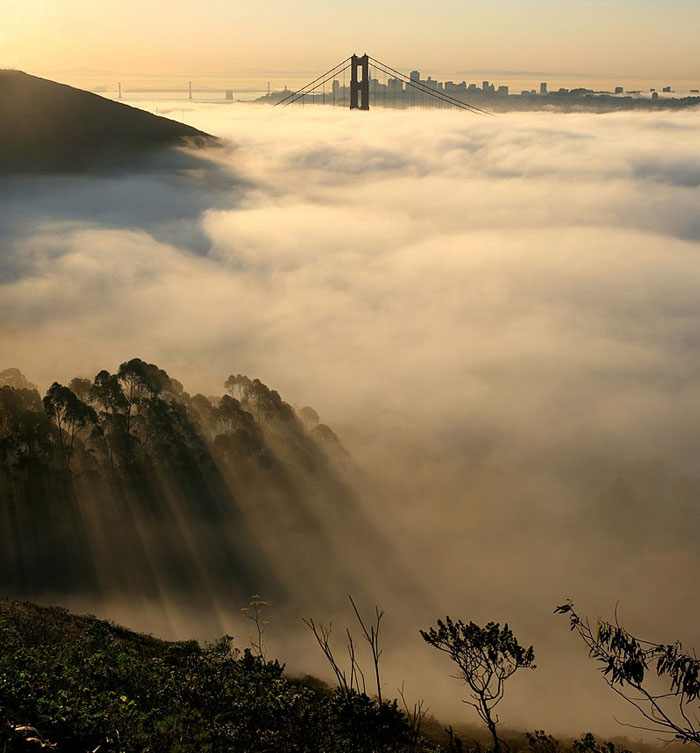 Fog greatly reduces visibility and can be very dangerous to drive through. Because of its concealing attributes, many movies have used fog to create an atmosphere of suspense. For example, think of the classic scene from the movie “The Empire Strikes Back,” in which Han Solo flies the Millennium Falcon into a supposed cave on an asteroid to avoid being shot at. Fog conceals the floor of the cave, and he soon realizes his mistake. He then says to Princess Leia “this is no cave” before flying out of the mouth of a giant beast just before its jaws snap shut.

There is an entire horror movie called “The Fog,” and many more horror films have scenes containing fog such as “The Shining” and “The Exorcist.” Fog definitely lends a creepy effect to these movies.

Bottom line: Fog is a natural weather phenomenon in which cooling air temperatures cause water molecules in the air to slow down and condense.